Some multicultural ASU community members have questioned their identity due to others' opinions, but have created their own space

When Diya Patel moved from the U.S. to India, she felt like an outsider in her family's motherland.

Patel, a freshman majoring in medical studies, felt her cultural identity was questioned by others once she began middle school there.

“I felt as if I could never be enough, so I just quit,” Patel said. “It took me a while to open myself up to learning more about (my) culture.”

This feeling of "cultural homelessness" is not uncommon, said Cristalís Capielo Rosario, assistant professor of counseling and counseling psychology in the College of Integrative Sciences and Arts.

“You're in this in-between where you don’t feel like you belong anywhere,” Capielo said.

Patel’s older sisters, who had lived in India for the majority of their lives, as well as her classmates would often tease her accent whenever she spoke Gujarati and Hindi or made fun of her for not knowing all the Hindu traditions. They would often compare her to peers who were more knowledgable about their shared ethnicity, which affected her connection to culture.

She strove to attend school festivals when she was in India and found support from close friends in order to better cement her connection to the Hindu traditions and her Indian culture.

Patel is also not alone when it comes to others questioning her cultural identity.

Some members of the ASU community have experience what it feels like to have their cultural identities questioned, even from those within their own culture. Whether that means being ridiculed for how someone looks or for a lack of cultural knowledge, instances like these can lead someone to examine their own connection to their cultural roots. 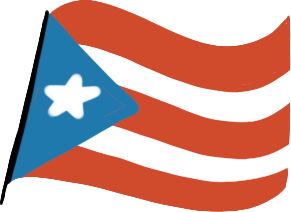 Capielo is of Puerto Rican descent, born and raised there until she moved to the U.S. at 17 years old. She said she experienced feelings of being different from everyone else whenever she tried to connect with other Puerto Ricans or Americans.

She said others perceived her as "ni de aquí, ni de aya," which means "neither here nor there" in Puerto Rican Spanish, when it came to her cultural identity.

People form narratives to reflect what they believe someone of a particular race should look or behave like, Capielo said, adding individuals can be put in a box that determines whether or not they are "acting right."

Shaming from within a certain cultural community ties to a broader oppression of people of color, she said. “When we engage in that narrative that (you are not enough) we end up replicating the same dynamic that oppressed us,” Capielo added.

A way to push back against this is by creating a personal space in the middle of both cultures that allows someone to express their cultural connection however they see fit, Capielo said. "We resist that by developing our own sense of identity,” she added.

Redefining what it means to be someone who embraces their ethnic culture and doing what makes them feel most connected can help ease this feeling of "cultural homelessness."

Xavier Rollier, a freshman studying psychology, is of mixed races — He is white, Black, Filipino and Spanish. Since a young age, Rollier found most people he encountered automatically assumed he is just white, based off of his light-complexioned appearance. 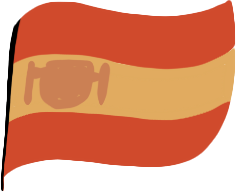 “What usually happens is that people explain stuff to me and based on how I look; they assume that I don’t understand what the experiences (of someone of color are) and the feelings that are associated with said experience,” he said.

Rollier said he has struggled at times identifying with his ethnicities because of his family's multiple backgrounds and how he has been perceived by others. But he tries not to let other people's opinions get in the way of self-acceptance — he loves being someone of mixed. He says it makes his life more diverse.

“I never had a solid or concrete culture, and looking at it now, that's ok because I can pull from so many different things," he said. "I love them all equally because it's me."