Last year drove young people to political poles, and influencers drew them in

Jarrett Lowe spent a lot of time to himself when the coronavirus pandemic hit the U.S. in March 2020, often browsing TikTok and Twitch. But that time wasn’t spent watching viral dance videos.

The history and philosophy double major at ASU watched content creators such as Hasan Piker and Eddie Liger Smith meticulously analyze white supremacy, capitalism's failures and the intersection of those ideas in places like the criminal justice system.

During a year that included approximately 370,000 people in the U.S. dying due to COVID-19 and exposed pervasive inequality with the increased coverage of Black people killed at the hands of police, young adults went to the internet to understand a world whose center could not hold and was unraveling before their eyes.

Many young people like Lowe identified the U.S.’ capitalist system as the core of the inequality they witnessed in the country and have, in turn, begun to embrace socialism.

According to an Axios poll from June, 52% of respondents aged 18-24 view socialism positively, and 37% believe socialism's evidence of effectiveness is stronger now compared to 50 years ago.

“When we have a crisis, people start looking around for new ideas,” said Henry Thomson, an assistant professor at the School of Politics and Global Studies at ASU who studies inequality, mass mobilization and authoritarianism. “New ideas don’t emerge out of nothing. They come from the academy or political parties or political movements. So ideas that may have been kicking around for a long time suddenly get a newfound prominence because they’re taken up by a political movement or taken up by the media.”

Social media provided many influencers a platform to provide answers to the sweeping pain and death in 2020.

And influencers were not in short supply.

Influencers of the movement

The lockdowns triggered by COVID-19, combined with the first stimulus payment, afforded many people like Lowe the time and energy to examine their lives and those around them.

Lowe's mother is a progressive, outspoken against the Iraq war and a supporter of former President Barack Obama. He grew up in a liberal environment, he said, but watching Piker and Smith helped push Lowe to embrace socialism.

Piker and Smith share their content almost like a teacher’s assistant on Zoom, talking to their audience but to no one in particular and educating their followers on racial and economic theories of justice, the corruption of elites, police brutality and exploitation of workers at America's largest companies.

In an April 13 YouTube video, Piker analyzed a newscast showing people in Minneapolis jumping on a police cruiser. “When this happens, understandably, people have been pushed to literally their last stand … they’re looking for any amount of justice to be served," Piker said.

Piker questioned the intent of those focusing on the damage done to police property than the killing of a Black man by the police.

"They’re not going to protest the way that you’d expect them to," he said. "Especially considering that this is an ongoing issue that has not been f---ing resolved."

Videos like theirs helped Lowe realize "my place in this society, and realizing that I'm not going to be the 1% and I never will be the 1%." Many of his friends felt the same way, he said, "but some are still under the illusion that capitalism is benefiting them."

Thomson said revolutionary ideas take hold during nearly every crisis, and movements are formed out of them, such as the Tea Party and Occupy Wall Street after the Great Recession. He also added those movements are usually always led by some influential group or person.

Content creators like Piker and Smith certainly fit the bill as influential people. Piker has over 1.4 million followers on Twitch with an average of over 28,000 people watching his streams. Smith has accumulated over 16.9 million views on his TikTok account since February 2020.

With the increased production and consumption of content from creators such as Piker and Smith, grassroots leaders have witnessed the tangible influence the content has created.

Rob Wilson, chairman of the Phoenix branch of Democratic Socialists of America, had his own journey to embrace socialist ideals that began over four years ago.

The Iraq War and the Great Recession led him to vote for Obama. But when Obama did not create the change he promised, Wilson said, he became more disenchanted and sought alternatives to Democratic politics.

He became further motivated to search for answers after his mother, who worked as an outdoor parking lot attendant in downtown Phoenix making $11 per hour, died in 2017. While his mother died due to asthma, Wilson felt her death was caused by more than just a condition — capitalism played just as big a part.

He went to his first Democratic Socialists of America meeting after the 2016 election and joined a reading group called the International Marxist Tendency to better understand Marxist theories and practice. Lowe also joined the group this past year to further educate himself.

Toward the end of 2020, Wilson began seeing more people wander into DSA meetings he hosted. He said newcomers had watched TikToks and YouTube videos that introduced them to the language and ideas of socialism and Marxism.

Lowe and other young people like him wanted to get involved. 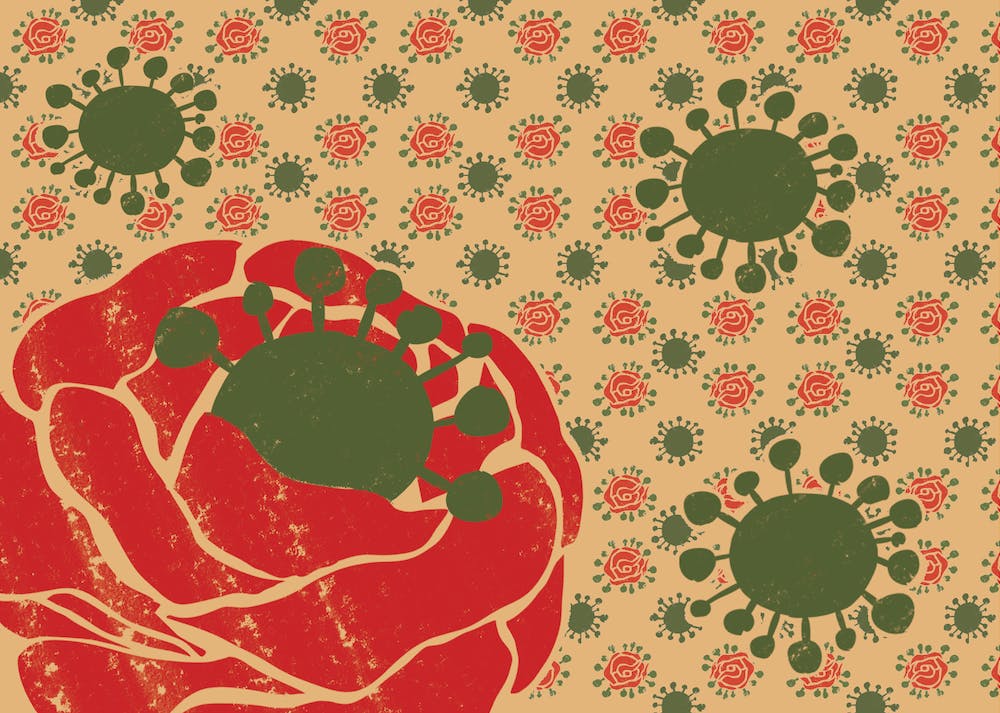 "Toward the end of 2020, Rob Wilson began seeing more people wander into DSA meetings he hosted. He said newcomers had watched TikToks and YouTube videos that introduced them to the language and ideas of socialism and Marxism." Illustration published July 10, 2021.

"It’s certainly true that these events like the pandemic are going to have an effect on voter turnout across the country," Thomson said. "I’m sure the pandemic has had various effects that political scientists are probably going to be looking into for years."

Young adults in 2021 are coming of age in another crisis, and the floodgates are open once more to solutions seen as too extreme in the past.

Thomson said concepts such as universal basic income are one of those policies that are now being given more serious consideration due to the COVID-19 pandemic.

But it’s not simply the dissemination of ideas. It's the action taken after.

Last summer, the largest civil rights movement in American history occurred after the death of George Floyd in Minneapolis. The Black Lives Matter movement organized daily marches in American cities and across the world.