The ASU Police Department introduced a new "Cop Check" feature to the LiveSafe app that allows students and others on all ASU campuses to report incidents of police misconduct.

Initially utilized as a way to improve the safety of students, staff and visitors on ASU's campuses, the community has been using LiveSafe since 2014. The new Cop Check feature was added to the app by ASU PD at the beginning of this school year.

To report an incident, users go to the LiveSafe app, click the plus sign at the bottom of the screen and then the icon that says "Cop Check." The app gives users the option of attaching audio, video or photo evidence and a text box to describe what happened.

The University's police department is one of few in the country using a program like Cop Check, according to ASU police spokesperson Adam Wolfe.

According to an August 2020 press release from LiveSafe, the police department at Virginia Commonwealth University reported its lowest number of recorded police misconduct in 10 years after using Cop Check.

According to Wolfe, the department was looking to be "proactive" by creating a system that would accelerate the sometimes lengthy process of investigating police misconduct. At times, the police department may receive a case days after the incident occurred and only begin the investigation then, Wolfe said.

With the quick, immediate nature of Cop Check, the public can inform the police about what they're seeing and the issue can be taken care of promptly after any altercation, Wolfe said.

"It's something that really was kind of a no-brainer to do to get the people involved," Wolfe said.

Alexis Faulkner, a graduate student studying social justice and human rights, believes that because of growing criticism of the police, there is significant pressure to hold those in power accountable. However, she remains skeptical of the police department's intentions.

"I feel like they have a hard time being transparent because even recently, everything that's been going on like last year, people are applying significant pressure on police officers," Faulkner said. "And I think (the conflict) is just something that makes them them worry." 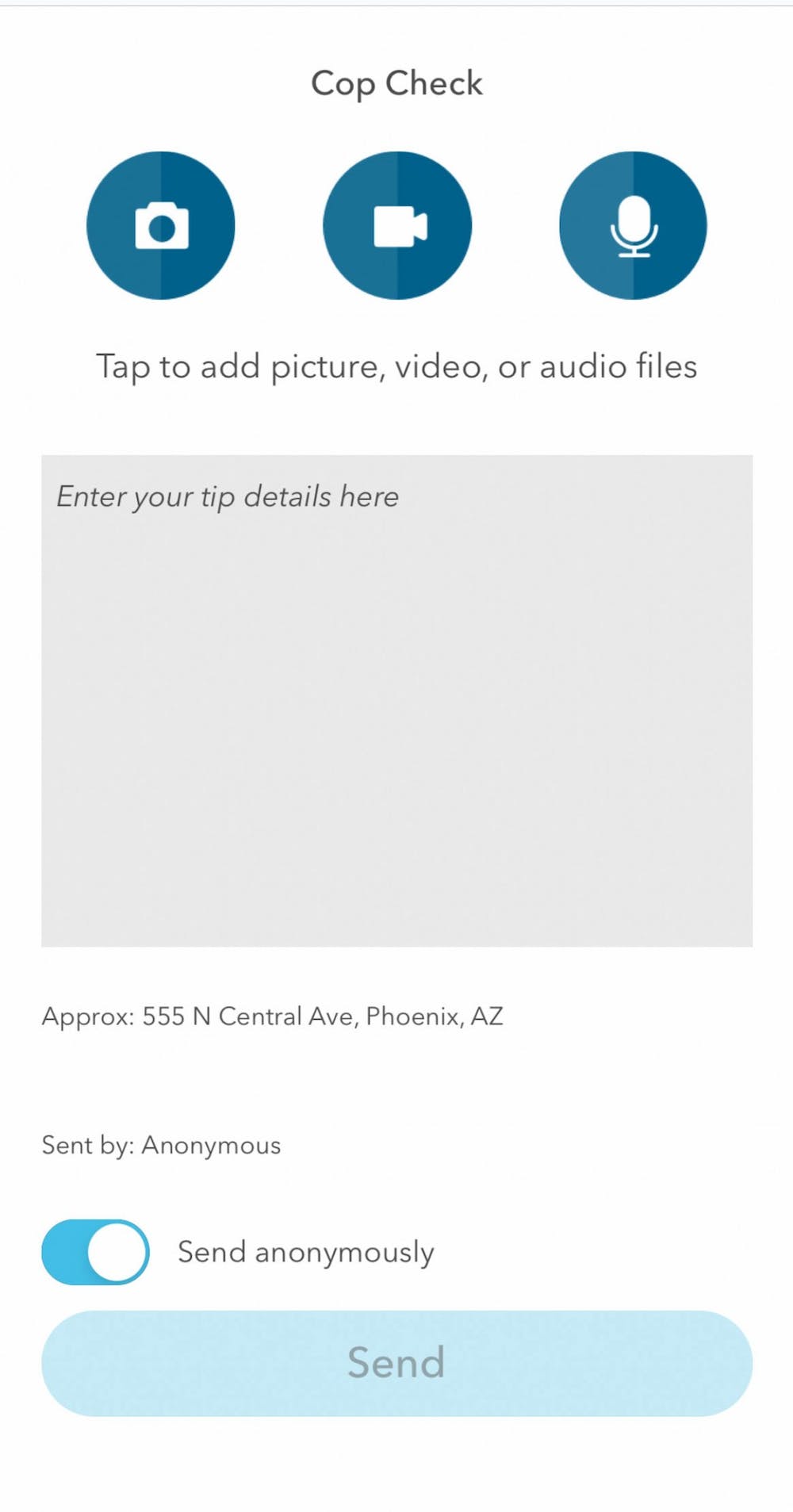 A screenshot of the Cop Check section of the LiveSafe app.

Reports of police misconduct will go directly to ASU PD's communications team. If the incident is still ongoing, dispatchers will send officers to the scene, removing the officer in question from the situation and an investigation will begin on the spot if it is determined that there was misconduct.

According to Wolfe, ASU PD, like most police departments, has an internal affairs unit that investigates misconduct among its officers.

However, if the case is more serious, the internal affairs unit may consider bringing in other police departments that are partnered with the University.

"We do have the ability to bring in an outside agency as well, and we would probably go to one of our partner agencies such as Mesa, Tempe and if it got big enough, you would go to the state agencies, and then federal if necessary," Wolfe said.

There are many different internal policies for police officers to follow, whether they be specific to an individual department, or federal policies. According to Wolfe, ASU PD complies with standards set by the Commission on Accreditation for Law Enforcement Agencies. Violations of these policies could be considered misconduct.

Depending on the level of transgression the officer committed, a report could lead to anything from suspension to termination.

According to Wolfe, ASU PD wants to be able to bring closure to the reporting party, whether it be repercussions for the officer or an explanation as to why the incident isn't considered misconduct. Wolfe hopes that the department can achieve this by bringing the community into the investigation process with Cop Check.

Since its launch last month, ASU PD has not received any reports of police misconduct through the Cop Check feature, Wolfe said.

Ivan Del Rio, an officer for the Restorative Justice Advocates club at ASU and a senior justice studies major, believes that Cop Check will help to keep ASU police accountable for their actions.

"I think the Cop Check feature from the LiveSafe app is an innovative way to distribute the power among the community," Del Rio said.

Public education is also a concern for victims of police misconduct. According to a study conducted by Palo Alto University, only about 3% of Americans understand their legal rights, such as their Miranda rights.

Faulkner said police reform activists like herself, who is working on a graduate project about prison reform, find the lack of education of rights can lead to misunderstandings between police and the public, and in the worst cases, lead to violence between the two parties. She said Cop Check may provide a solution to the misunderstandings as those involved are actively practicing them when using the reporting program.