The scoreboard shows a 6-6 tie at the bottom of the ninth inning. While most of the crowd's attention is focused on home plate where ASU freshman, Ethan Long, prepares to face Oregon State University pitcher Jake Mulholland, Long knows the Devils' secret weapon is just to his right in the home dugout.

Graduate transfer Conor Davis, who didn't play all season due to a torn ACL sustained in fall practice, stands cheering and supporting louder than anyone else.

Just four innings earlier, after a particularly tough at-bat, Long came into the dugout upset. Davis pulled the freshman to the side, giving him a few words of encouragement.

On the steps of the dugout at Phoenix Municipal Stadium, Davis told Long, "Bro, you're going to have a chance to win us this game, make sure you stay locked in."

With those words in mind, Long hit the towering walk-off home run and brought the Devils one of their most dramatic wins of the season. That quick moment in the dugout between the then-freshman and the fifth-year senior was emblematic of more than just a made-for-Hollywood night in May.

Davis joined the Sun Devil program last fall as a transfer from Auburn. Davis started most of his games during his sophomore, junior and senior years, helping the SEC powerhouse Tigers to three NCAA tournament appearances and regional championships in both 2018 and 2019.

However, after graduating, he was ready for a new challenge and took his talents to Tempe in order to fill the shoes of graduate Spencer Torkelson, the No. 1 pick in the 2020 MLB Draft.

His plan took a disastrous turn, however, when a leap for a bouncing ground ball ended with him yelling in agony on the infield clay. 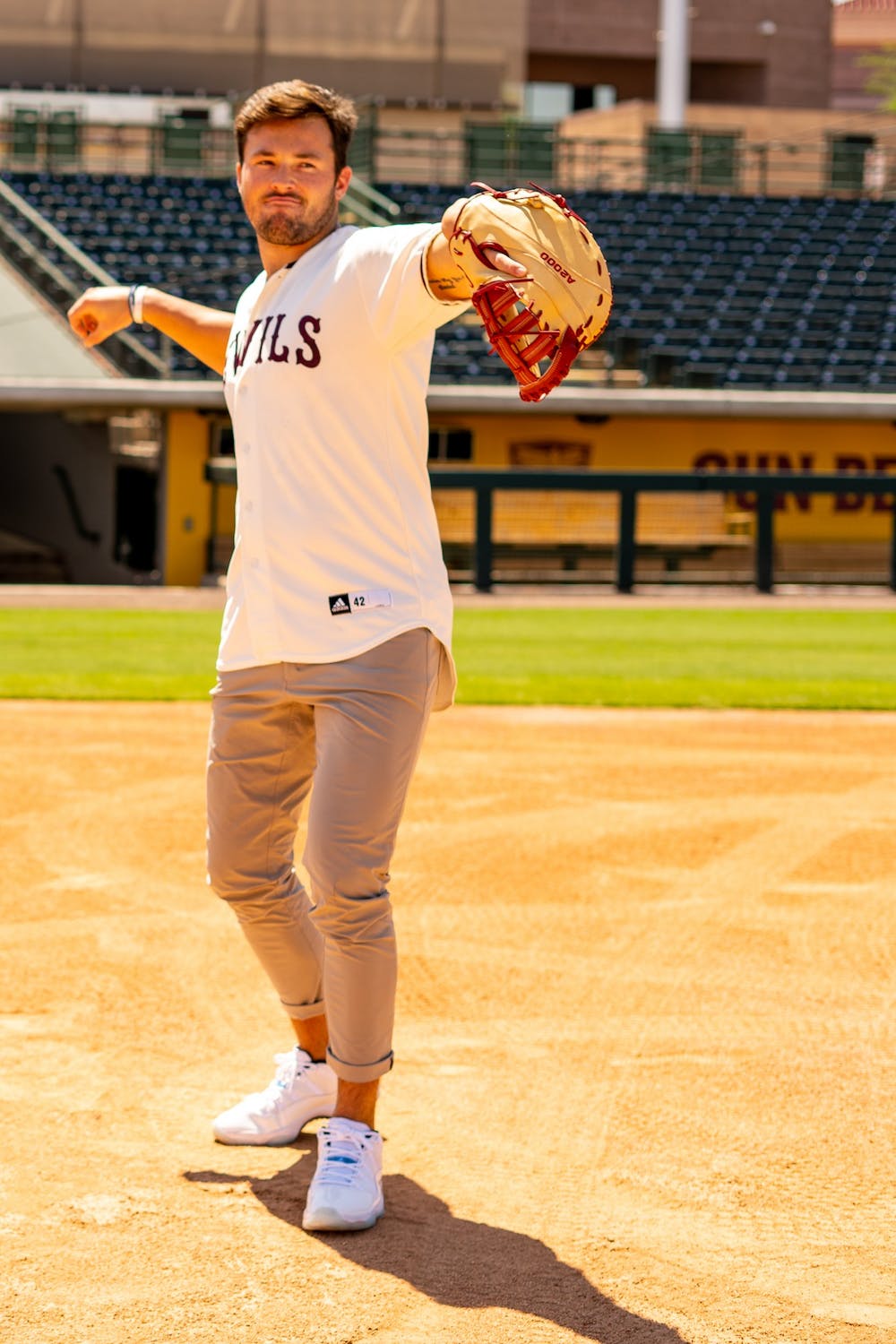 "When he came in, we all had a lot of respect for him just because of where he's been and what kind of a person he was," Sean McLain, a sophomore infielder, said. "He did a lot for us in a leadership role even though he couldn't play."

McLain was at second base the day Davis' season ended before it began. The Devils were playing their final scrimmage of the fall season, a maroon and gold showdown pitting teammates against each other, when disaster struck.

"We were just out there talking to each other, and then all the sudden he goes up for a high chopper and comes down on his knee wrong and he starts screaming," McLain said.

McLain and others helped Davis to the locker room, where he was met by more teammates and a concerned Tracy Smith, then-head coach of the team. They grouped around Davis as he began to reckon with the long road in front of him.

"Right when it happened I felt something I'd never felt before," Davis said. "Guys were leaving the practice to come over and hug me and love on me and make sure I knew that everything was going to be alright and they were still in my corner."

The moments after the injury, though, were still difficult to process. As Davis and some of his teammates sat absorbing the scope of the injury, he had to deliver the news to his family.

"I remember going into the training room and calling my family and letting them know that something had happened," Davis said. "That was pretty tough to go through."

For the team, the shocking events meant losing their star transfer before the season started, the man set to fill the hole left by Torkleson.

For Davis, it meant all his preparation and hard work was suddenly washed away. For a few moments, he wasn't even sure he wanted to continue playing the sport he'd practiced his entire life.

"Being a fifth-year, I'm pretty sure he was kinda done," senior pitcher Will Levine said. "I think being around the team made him want to come back and give it one more try."

Davis credits his teammates as crucial to his mental health during that stretch, looking to players like Drew Swift and Boyd Vander Kooi for the emotional support he claimed helped more than he initially realized. Levine, who is also Davis’s roommate, said the first baseman put on a brave face for the rest of the team.

"When he first had surgery, he was messed up. You could tell he was hurting mentally more than physically, but he didn’t show it in front of the whole team. He didn’t want anyone to see him hurt that bad," Levine said. "We had a lot of injuries last year, and I'd say Conor probably handled his the best."

Davis didn't miss a practice or game he was eligible to be at, bringing his trademark positivity and leadership to the dugout. His commitment inspired those around him, but it wasn't always as easy as he made it look. 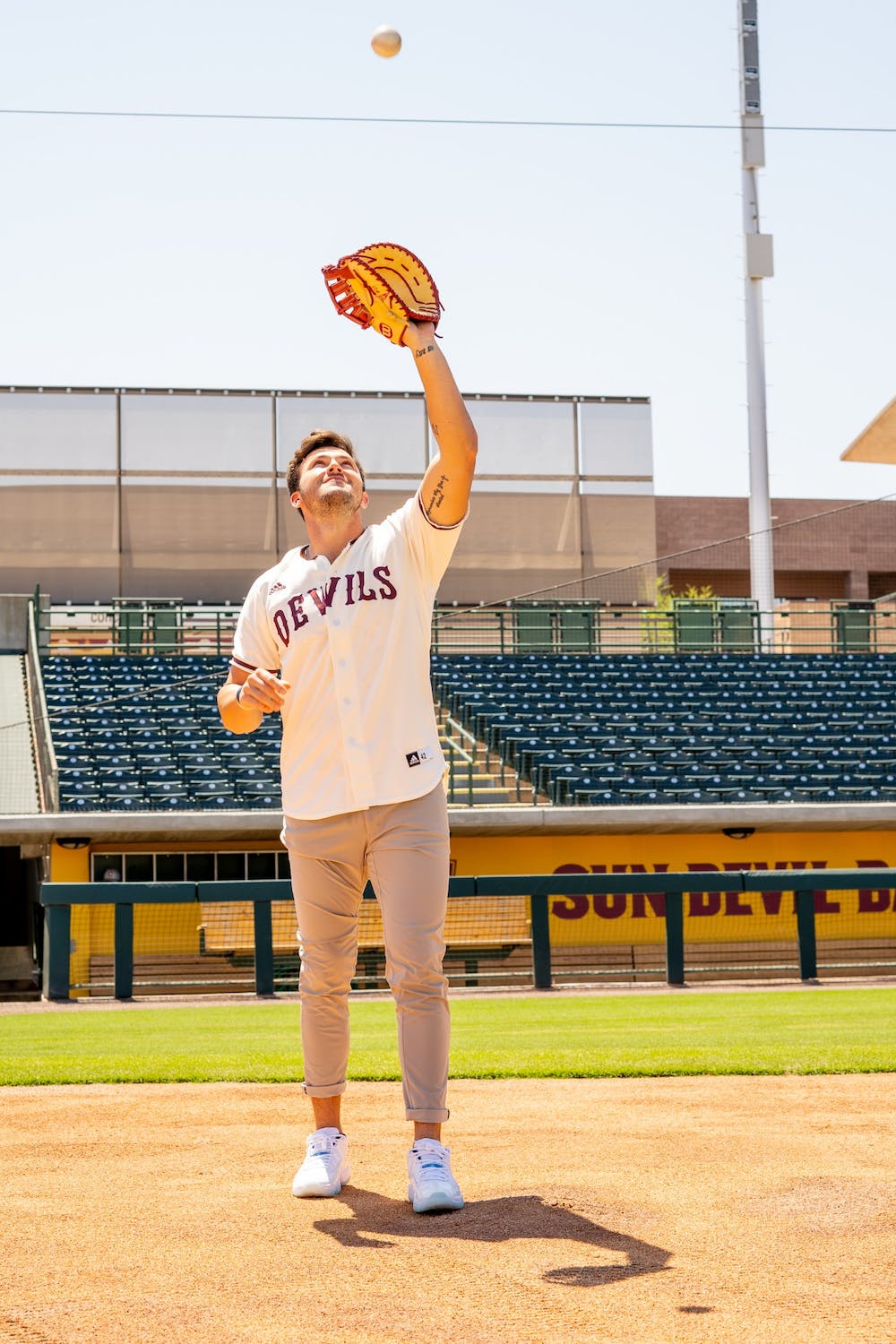 "It was hard to be around for a couple weeks just because I wanted to be out there so bad," Davis said. "I definitely had a couple tough moments at the start of the season just having to sit and watch and not be able to contribute."

Despite the inability to join his teammates on the field, Davis continued to push himself to be a presence around the team. Eventually, he worked through his feelings and embraced his position as a leader and a role-model to younger players. As a team, the Devils featured 31 underclassmen, and only three seniors (including Davis). That youth provided the spark to many exciting victories, but also created the space for Davis to thrive in his new role.

"You couldn't tell he was hurt," McLain said. "His attitude and energy was always great. When Conor says something, everyone listens."

McLain credits Davis with showing him how to be a leader and inspiring him to take on a larger role within the team. He says having someone like Davis around to answer questions and be an example of hard work and dedication is crucial to his and others development.

"I had so many questions for him, just about the season and how demanding it is on your body," McLain said. "He mentored me into feeling comfortable and ready to go. If someone like him isn’t there it makes the season almost uncomfortable."

"I've never really had a leadership role up until last year, so I was kind of just watching him and how he was with people and I would try to mirror that," Levine said.

The mentorship role was, and still is, something Davis took seriously. As a player expected to fill the shoes of a Sun Devil great like Torkelson, he was consistently able to re-focus his energies into supporting those around him.

"I think a lot of the guys look at me as their stability and their motivator," Davis said. "I would go out every day and help first basemen Jack Moss and Ethan Long, who were freshman, and just try to give them as many tips as I could so they wouldn’t be on their own."

The benefits of Davis's actions were felt not just by his position-mates, but across the team. He provided a consistent presence in a season which was constantly changing due to injuries, COVID-19 protocols and coaching rumors (head coach Tracy Smith would be fired after the season). His constant positivity brought another level of life to the locker room.

"Even though he was hurt, he brought so much value to the team," Levine said. "He's always in a great mood. He's positive with everything and there’s always a way to make the most of a situation."

That optimism boosted the team to a 33-22 record in a season that ended with a regional round exit from the NCAA tournament. But while the Sun Devils were making noise on the field, Davis was also hard at work in the training room rehabbing his knee.

"The athletic training staff has been really good at taking care of me emotionally and physically," Davis said. "It's been a little bit longer of a process because of the way my body has reacted, but the staff has been making sure that I wasn’t rushing anything."

Davis also took the opportunity to work on his body in general. Since the injury, he said he's cut down weight and focused on nutrition and healthy habits. The work is being noticed by those around him, who say he is just as inspirational in his recovery as he is in the dugout. 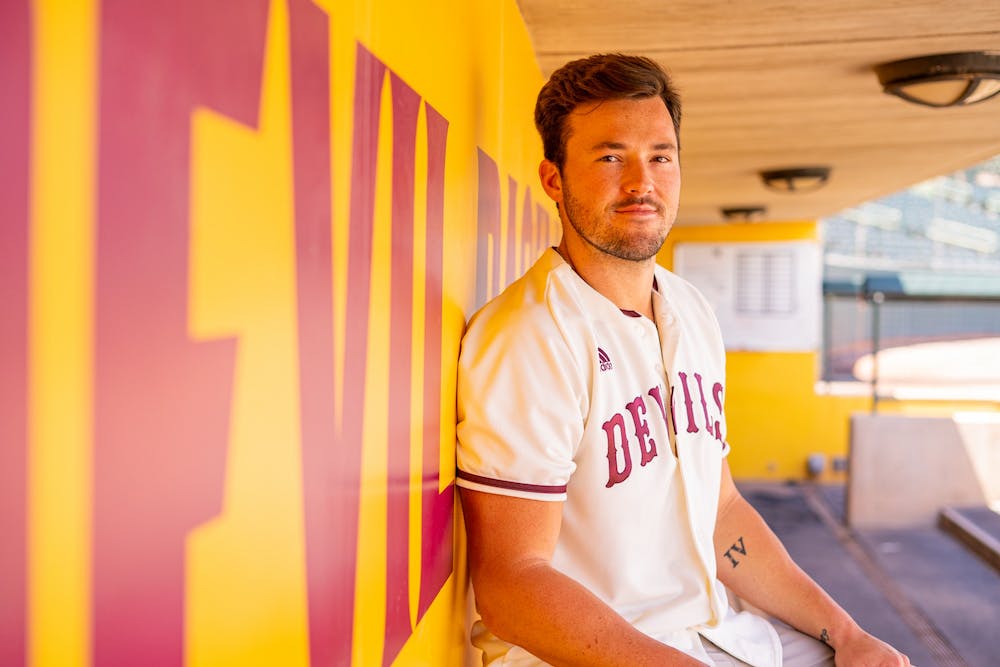 "It shows the commitment of somebody to a sport. Conor loves baseball more than anybody," Levine said. He added it was good for the younger players to see the dedication and to know that even when things don’t go according to plan it’s still possible to have a positive impact.

Academically, too, Davis was able to thrive during his recovery period. He says Zoom classes helped him attend class without relying on crutches, and his teachers were helpful and accommodating.

"They realized I was going through a traumatic event, and after my surgery it took a couple weeks to get back into the swing of things," Davis said. "Everyone's been great and trying to help me move forward."

Now, with the 2022 season approaching and fall practices getting set to begin, Davis is ready to get back on the field with the sport and team he loves.

"There's been a little hesitation as I've gone through rehab just to be able to trust that my knee is healthy, but at the same time I have no fear of coming back," Davis said.

"I know I'm going to be better than I was before."