The problem of campus sexual assault is well understood in the United States. In our media, our consent education campaigns, and even in the ways students talk behind closed doors, sexual assault is often considered a part of the college experience.

The process of reporting campus sexual assault — and all the harm that comes with it — is discussed far less often.

When former ASU student Alayna, who asked her last name be omitted due to privacy concerns, was sexually assaulted on Tempe campus, she called the ASU Police Department the next day. She figured if she acted quickly and decisively it would be easy to file criminal charges and get the help she needed.

"I thought, 'oh, if I go get a rape kit right now there's no way I won't get justice,'" Alayna said. "And that's unfortunately not how it works."

Over the following months, both ASU police and administrators repeatedly ignored, dismissed and harassed Alayna. In a video narrating her experience, Alayna said the seven-month investigation process felt like "Arizona State University raped me every single day."

Unfortunately, Alayna's experience is far from unique. There is a documented pattern of ASU students looking to the University's legal system for justice, only to be belittled, incriminated and re-traumatized.

Perhaps this is why few college students feel police keep them safe. Though campus sexual assault is a nationwide problem, studies repeatedly show a lack of student confidence in police responses to sexual assault. A 2020 survey conducted by the Women's Coalition found nearly three times as many students considered "walking with friends" a safer resource than the ASU PD.

But the injustice runs deeper: police responses do not typically produce any semblance of accountability or retribution. Of the 68 incidents of sexual assault reported to the ASU Police Department from 2017-19, 42 were investigated, only 12 were cleared and none were prosecuted.

This is not because select university administrators and police detectives are underperforming. This is because the University, and policing itself, are failing.

Police and administrators consistently inflict harm on survivors and protect perpetrators. If the problem of campus sexual violence is to be addressed, something new must be built in their place.

Are There Alternatives to Policing?

Police departments' responsibility in handling cases of sexual and domestic violence is a relatively modern phenomenon. Contemporary scholarship shows emerging feminist anti-violence movements in the 1970s were effectively assimilated into "tough on crime" policies in the '80s, prompting the creation of "special victims units" and pro-arrest policies.

At around the same time, the U.S. saw the birth of campus police. Many universities solidified their own police departments to address the unique environment of the college campus throughout the '80s and '90s.

This led to a reliance on the criminal justice system in combating sexual assault, producing a subset of feminist thought some academics and activists have dubbed "carceral feminism."

Victoria Law, an author who writes about incarceration, gender and resistance, calls carceral feminism "the idea that you can somehow police and imprison your way out of gender violence." According to Law, this idea focuses on retributive reactions to the problem of gender violence without looking at root causes.

Carceral feminist rhetoric often erases the work of trailblazing anti-violence advocates who have fought for spending on social services and community infrastructure instead. Jasmine Lester, founder of Sun Devils Against Sexual Assault, is one of those advocates.

Lester is an ASU graduate and survivor herself. When she began researching other universities' sexual assault advocacy, she realized how outdated ASU's approach is. She said one advocate from University of California, Santa Barbara called ASU's policies "archaic."

The proposal includes recommendations for nine full-time confidential advocates, among other paid positions, and a survivor fund for students' legal and medical expenses. Since January, 53 student organizations have endorsed the proposal, including the student government of each ASU campus and the Women's Coalition. 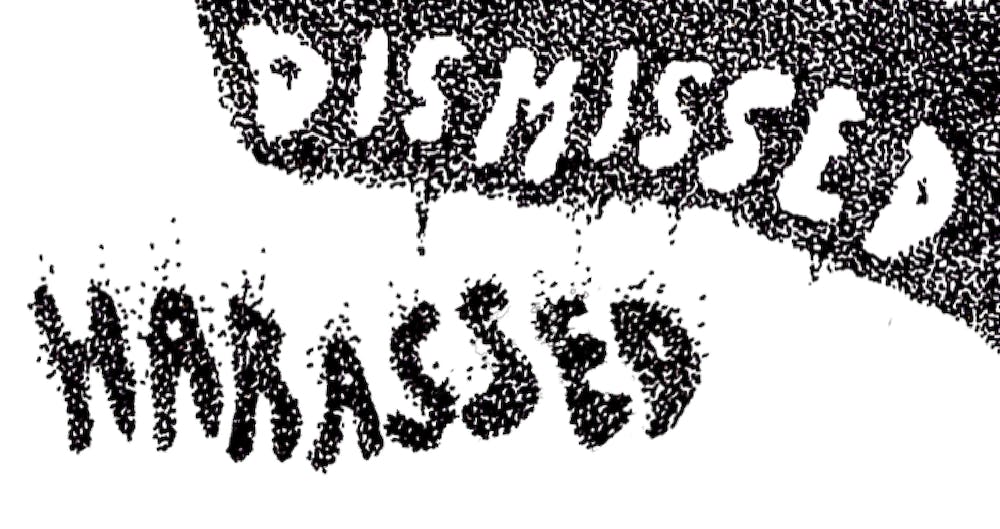 Reporting sexual assault, though presented as an avenue for justice, often sets in motion a process survivors have little control over.

Although rapists are typically depicted as strangers, the vast majority of sexual assault is committed by friends and family. In the U.S., 8 in 10 rape victims know their rapist before the incident of assault.

This dynamic creates a horrifying dilemma for survivors. Stigmas which invalidate relationship violence can discourage some survivors from acknowledging and reporting their assault. Others may be socially or financially dependent on their abuser and hesitant to see them arrested or jailed.

In other cases, survivors are punished instead of their assaulters in what's been called the "sexual abuse to prison pipeline." According to a 2016 report, around 86% of incarcerated women have been victims of sexual or domestic abuse.

"We also have to remember that the criminal legal system itself is a huge purveyor of sexual violence," Law said.

The prevalence of sexual abuse perpetrated by police has been described as an "epidemic," with Phoenix in particular receiving national scrutiny for mishandling accusations. A 2015 investigation conducted by Buffalo News determined a police officer is accused of sexual misconduct at least once every five days in the U.S.

Law also points to routine police procedures, like strip searches and abrasive post-assault examinations, which some survivors have described as invasive and traumatizing.

"Prisons, police precincts, jails, immigration detention, all these places of confinement enact sexual violence every day, just by their practices alone," Law said. "And then they become innovators and hotbeds of other types of egregious sexual violence they supposedly are around to combat in the first place."

These factors, compounded with the appalling prevalence of assault among college students — 1 in 5 women are sexually assaulted while in college — have encouraged a culture of silence, complicity and hopelessness. A 2015 report from the National Sexual Violence Resource Center found 90% of victims on college campuses do not report their assault.

Alayna was unaware of the potential danger and mistreatment she might face when she decided to report her assault to ASU PD. Today, she said she sometimes wishes she had not reported at all.

Alayna said police and University advocates withheld important information and failed to educate her on the investigation process. When she agreed to meet with the Office of Student Rights and Responsibilities (SRR), the meeting was scheduled in the same building she had been assaulted in.

"It was pretty clear that they hadn't done any research on it," she said. "Or maybe they had, and they were trying to scare me."

Alayna described the six-month investigation as brutal and isolating. The process eroded her trust in the University and disrupted her previous belief that police were there to protect her.

"It was like a betrayal constantly," she said. "I had given so much to them, I felt like I was a part of their community and they ripped every part of my life away from me."

Leah Henthorne, an undergraduate student in the Herberger Institute for Design and the Arts, had her doubts when reporting her assault. She had previously heard horror stories of other women's reporting experiences.

"Everything was kind of swaying me away from reporting," Henthorne said. "But I finally decided to report it because … I thought maybe mine could have had a different outcome."

Unlike Alayna, Henthorne reported to SRR first. She felt miserable throughout the investigation, describing it as "months of frustration, waiting, and just a lot of anger building up inside of me."

Henthorne said she has "so much trauma" from the night of her assault. "I also had to relive all that trauma whenever I would go into the Student Rights Office. They made my story feel so invalid."

Henthorne's assaulter was never prosecuted. The University allowed her assaulter to continue attending a shared class with her during the investigation.

"I don't trust ASU in general," she said. "I don't believe they're going to protect me, after what they've done to me and so many others."

The Question of Funding

Many University administrators have belittled the vision and strategy of CAARE center advocates, arguing instead for the reform and enhancement of existing policies.

In a February interview with The State Press, President Michael Crow dismissed the CAARE proposal and said expressed his inclination for is more interested in improving existing services by enhancing response times and further educating police.

In a USG student forum on Sep. 21, Vice President of Student Services Joanne Vogel claimed that services had since been "modernized, enhanced and expanded," through the consolidation of a few departments and a new website which simplifies the process of connecting with existing services. Neither Crow nor Vogel mentioned the CAARE center once.

"I've literally been trying to talk to (Michael Crow) about this for 10 years and he won't even have a meeting with me about it," Lester said. "I think it's pretty clear that he doesn't actually care about this issue."

The CAARE proposal is an opportunity for the University to take accountability for neglecting and enabling a culture of sexual abuse.

Rather than insisting a system proven to be dysfunctional and harmful can be optimized to ideal functionality, ASU could show its commitment to student safety by honoring the expressed needs of survivors. If the University was sincerely interested in ending campus sexual assault, why would it not jump to fund new strategies proposed by the most affected students?

"I honestly don't think this administration will ever do it because I don't think they care," Lester said. "They don't have compassion for survivors."

Some survivors think the University is dismissing the CAARE proposal to protect its reputation.

"They have an image and they're unwilling to admit that there is a rape crisis," Alayna said.

Advocates like Lester and Alayna are right to emphasize the question of funding and resources. While any institution can make statements of advocacy and intent, its true priorities are revealed in the pages of its budget books.

Survivor advocates fight to defund the police and instead fund systems of care, like the CAARE center, because they are historically informed. It is the status quo of policing and prosecution which has allowed sexual assault at ASU to become so ubiquitous in the first place.

The CAARE center proposal is a visionary challenge to change the status quo. If the University cannot accept the challenge, then it will continue a cycle of ineffectual reform, leaving survivors stranded and broken in the process.