At the end of the academic year, Dean Jacobs plans to leave his position at Barrett, The Honors College to pursue university consulting

After nearly two decades serving Barrett, The Honors College at ASU, Dean Mark Jacobs announced his retirement for the end of this academic year.

Jacobs came to ASU in 2003 from Swarthmore College in Pennsylvania, where he served as associate provost and chair of the Biology Department. Over the past 18 years, Jacobs assisted in the creation of Barrett's residential living and redefined the framework for recruitment and admissions. Since he began his tenure, enrollment has more than doubled.

But Jacobs doesn't plan on going far from his work with universities, and he said he hopes to continue consulting for honors programs at the national level. He also plans to keep in touch with President Michael Crow and serve as an advisor whenever needed.

The search for a new dean is still in its early stages, and no candidates have been announced yet.

Provost Nancy Gonzales will be leading the search and the search committee, which will be comprised of 12 to 15 people from all over the University, including four or five from the honors college itself. There will be many rounds of interviews, and a select few will be invited to the campus for final interviews. 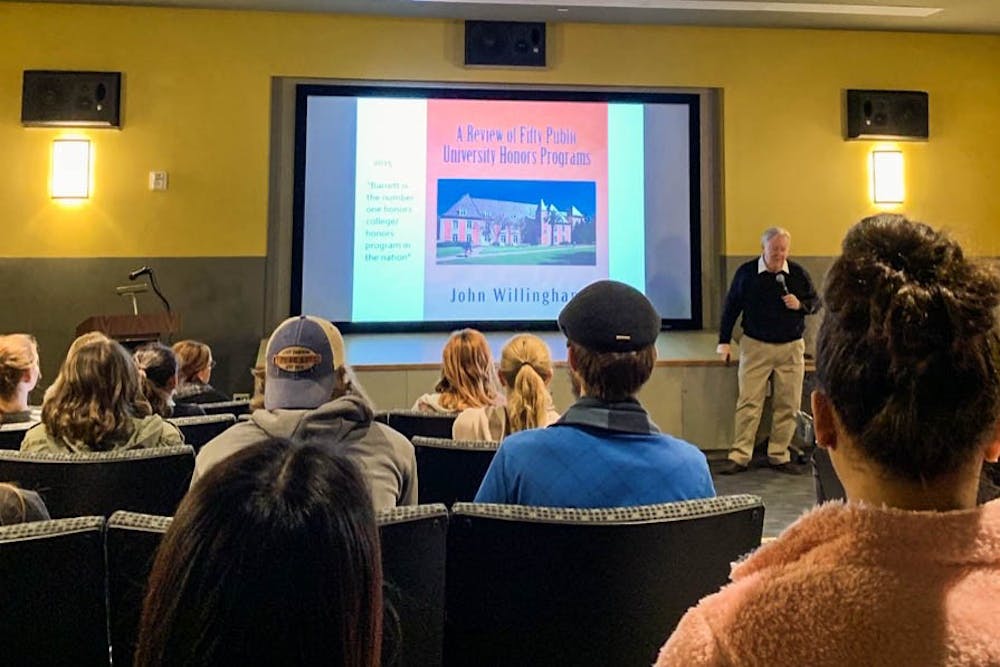 One of the more notable projects Jacobs spearheaded during his time as dean was the initiative in 2009 to make Barrett a residential college. Inspired by his time as an undergraduate at Harvard, he modeled the Barrett dorms after the houses on these campuses on a slightly bigger scale. With the importance of student relationships at the forefront of the decision-making process, Jacobs said the dorms were organized to encourage bonds.

"I think that people see that because he is so knowledgeable about higher education, especially when it comes to Ivy League and private schools," Hollin said. "It has been absolutely wonderful working with him, and I think we are all going to miss him a lot."

He is a confident individual who has a vision and is able to act on it, said Kristen Hermann, Barrett's vice dean, who commended Jacobs for shaping the nationally recognized reputation Barrett has today.

“He's made it very clear from day one that this isn't just a top-down organization, but that good ideas come from everywhere," said Keith Southergill, program director of admissions at Barrett. "I've always really respected that you could always approach him to talk about ideas as well as concerns and that he was always open to those sorts of conversations." 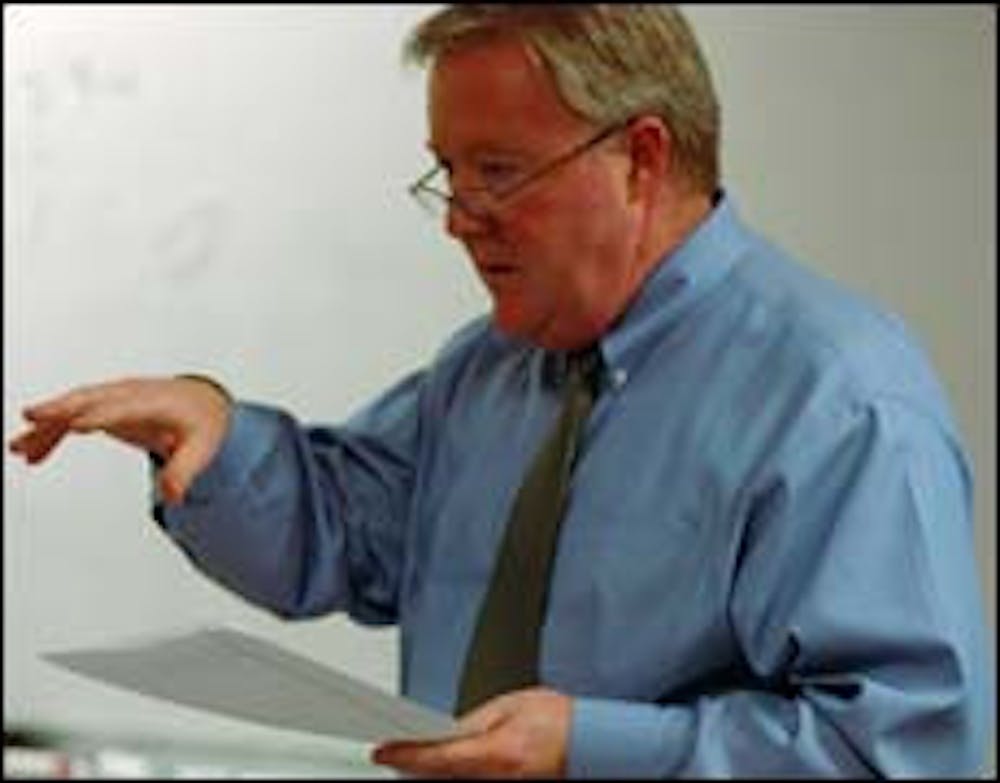 Mark Jacobs, dean of the Barrett, the Honors College, speaks to students at a meeting where a proposal of an annual fee was discussed for honors college students in 2006.

Looking back at the past 18 years, Jacobs attributes his reason for staying all to his students. During his first 15 years as dean, Jacobs signed every individual thesis project of the graduating students. He said he remembers himself being incredibly proud of the work and research the honors students do in their thesis projects each year.

“The real reason I love my job is the students," Jacobs said. "Barrett has managed to build a set of faculty and staff who feel exactly the same way, which is sort of self-perpetuating. I think Barrett will continue to be this way because the admissions and recruiting staff are looking for good students and faculty to build upon our community."

"He deserves all of the kudos and praise we could give him and more.”