ASU has been selected to lead a cohort of 14 universities to advise Blue Origin, a Jeff Bezos-funded organization, on its endeavor to build the Orbital Reef space station.

Orbital Reef is designed to be a "'mixed use business park' in space," according to a press release. ASU will lead the Orbital Reef University Advisory Council to advise Blue Origin in matters of not only research and education but by evolving standards of conduct and STEM outreach.

Because of ASU's history and experience in space exploration and its connections, Blue Origin believes the University and its Interplanetary Initiative are "uniquely positioned to help open the doors to Orbital Reef with its transdisciplinary approach to advancing society through exploration," said Erika Wagner, payload sales director for Blue Origin.

The Interplanetary Initiative is a University initiative that focuses on expanding the understanding of the human species via a network of different partnerships and people. Using the Initiative, Blue Origin can partner with ASU to utilize its resources and network with other universities, while leading them in the council’s advisory role.

"What we're doing as a University is we're acting as the lead and the organizer to help universities come together in support of Orbital Reef," Elkins-Tanton said.

The universities chosen were selected due to their areas of expertise, influence in science and engineering as well as outreach and education. Blue Origin is putting major emphasis on the educational aspect of Orbital Reef and, as such, was looking for universities quite similar to ASU in that of the "reputation and experience working on space exploration topics," Elkins-Tanton said. 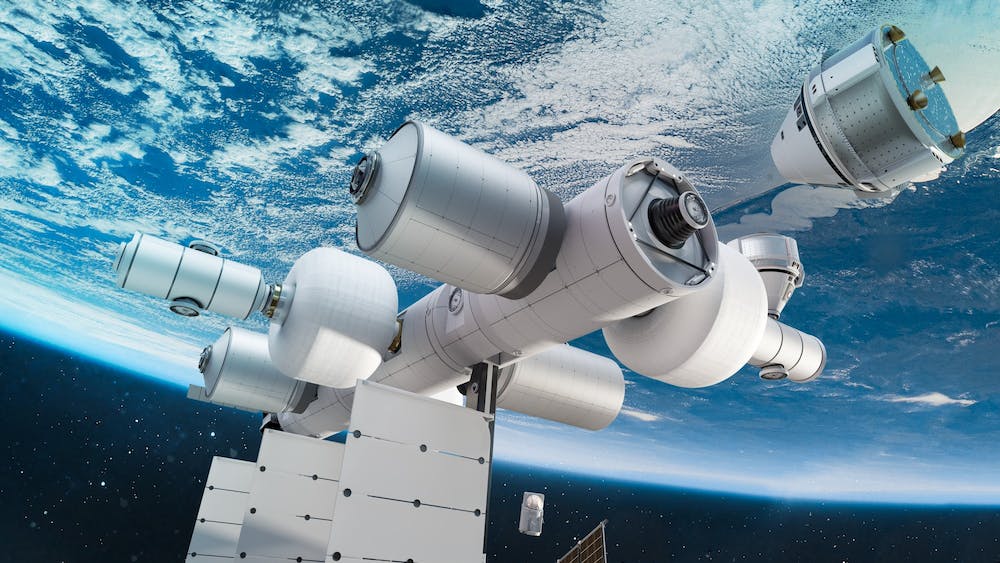 The ASU-led advisory council will be in charge of advising Blue Origin and Orbital Reef participants in regards to microgravity research, or research that is impossible to do in Earth's gravity. It will also aid and advise novice researchers and innovate STEM outreach to engage the next generation of scientists.

Anyone can use the space to conduct whatever business they need, Elkins-Tanton said, whether that be research, international or commercial affairs, education and more.

What's unique and new about the partnership with Blue Origin is the fact that not only is the University aiding and advising on the science side, but the business side as well, Rousset said.

"We are here at the ground level thinking about how do we create and help support the scaffolding and infrastructure business model in a way that is really going to support the scientific community to advance society," Rousset said.

Being involved in the business side will help open up new opportunities for ASU because it will provide the University "close and first access" to Orbital Reef and its uses, Rousset said. ASU will be at the forefront of microgravity research and set precedents for other nations looking to do the same thing, she said.

Currently, the University and the advisory council are working on three fronts with the new space station. The first is creating research processes and ethical guidelines to help guide research on the space station. They are also arranging an experts group to offer consulting services for the organizations looking to work on Orbital Reef, for example, a nation not versed in microgravity research. The third front is the societal connection aspect where ASU and the council will be organizing and leading the education and outreach for the project.

"We're looking at this as an opportunity to build great collaborations, to be innovative in how we think about access to space and to be at the forefront of putting those systems and structures in space that will enable greater access and inspiring," Rousset said. "To be able to use this to inspire the next generations and engage them in many different creative ways."