Less than half of Arizona high school graduates went on to college in 2020, the Arizona Board of Regents reports

This spring, high school graduates all over the country will start their next chapter. If they live in Arizona, that chapter does not likely include enrolling in college.

Only 46.3% of Arizona students who graduated from high school in 2020 continued on to attend a two- or four-year college, according to a report by the Arizona Board of Regents. Nationwide, the rate for high school graduates who went on to college was 66% in 2019, according to the National Center for Education Statistics.

This issue is one of high importance for the Arizona Board of Regents — the governing board overseeing ASU, NAU and UA — and the state.

From fall 2011 to fall 2021, enrollment of first-year Arizona residents at ASU increased from 6,015 to 8,877, according to the University's 10-year review of students, faculty and staff.

High schoolers nationwide are more than twice as likely to graduate college compared to Arizona high school students. With severe teacher and counselor shortages, the state is poorly positioned to rebound from disruptions due to COVID-19, and universities are looking for solutions.

“I think that’s a statewide issue," said Michelle Udall, chair of the House education committee. "We have a goal of getting a certain percent of students that graduate from high school into some kind of higher education, whether it be workforce training, community college, or university – just some kind of higher ed.”

Udall referenced the Arizona Education Progress Meter as an effort by ASU to track the performance of the state against eight educational metrics. It was developed in 2016 by the Center for the Future of Arizona in partnership with Education Forward Arizona and the ASU Helios Decision Center for Educational Excellence.

The state was behind in every metric the meter tracks. The high school graduation rate was 78%, according to a 2020 ABOR report. Arizona education leaders have a goal of increasing the high school graduation rate to 90% and having the college enrollment rate increase from 46.3% to 70% by 2030, according to the latest education report from the Arizona Education Progress Meter.

ABOR is conducting a survey to understand the attitudes of families regarding challenges to pursuing a college education. “To really understand those opinions and beliefs — it’s going to be a really worthwhile endeavor,” said Sarah Harper, ABOR's vice president of communications.

“It’s such a big problem, it’s hard to talk about,” Arnold said.“What we’re finding is a lot of families in Arizona don’t have the basic vocabulary around college going.”

ASU and UA each offer a multi-week course for parents to walk them through the necessary steps to get their children to college. NAU offers the Successful Transition and Academic Readiness (STAR) program to help Arizona freshmen transition from high school into college successfully.

In an effort to encourage Arizona students to seek higher education, NAU announced a pilot program this month adjusting its admissions criteria. This adjustment would lower the required courses needed for admission.

ASU's steps included increasing the number of applicable dual enrollment classes and offering free online courses. Those free courses give students “the opportunity to complete their entire university freshman year coursework, risk free, and pay for the credit earned after passing the course,” according to its site. O’Brien pointed to ASU's K-12 school, ASU Preparatory Academy, as an effort from universities to advance education.

"There is a national competition for educated youth, and a competition that we need to win if we're going to maintain and grow our economy," Arnold said. "We've seen a fundamental shift in Arizona's economy over the last really two decades toward an economy that demands a higher educated workforce ... but we're modernizing the economy by facing some workforce issues that really are bringing this question of post-high school attainment into the forefront." 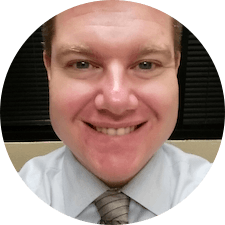 James Doyle Brown, Jr. is a politics reporter at The State Press. He is also a graduate student studying investigative journalism at the Walter Cronkite School of Journalism and Mass Communication, where he will work for The Howard Center of Investigative Journalism in Fall ‘22. He is also a Carnegie-Knight News21 fellow.