An ASU student is developing two inventions to cool down mobile phones and prevent them from overheating on a daily basis so as to prevent users from damaging their batteries.

Jordan Fourcher, a senior majoring in technological entrepreneurship and management and founder of Fourcher Technologies, is the inventor of the CryoPad and CryoCase. Both inventions have cooling technologies which prevent phones from overheating, reducing thermal damage to phone batteries.

At Demo Day, an ASU Venture Devils competition held in December, Fourcher was awarded $15,000, which he said he will use for developing his prototypes.

The CryoPad is a wireless charger that actively cools mobile phones down to exactly 60 degrees Fahrenheit using a micro water cooling system with a thermoelectric plate. This allows for sustained and powerful cooling even in the hottest environments, giving the phone the thermal buffer it needs to last longer and perform better.

"When your phone gets really hot, the screen dims, it starts to get laggy, unresponsive and then it just shuts off," Fourcher said. "I was having that issue constantly even indoors and the other issue I was having was that my phone would run out of battery really quick."

Fourcher's head engineer, Akshay Soma said, "It's one of those problems that you don't see as a problem until there is a solution for it."

Fourcher was disappointed by the ineffectiveness of the plug-in cooling chargers already on the market and realized the options available were not actually solving the problem.

"If you show it (the plug-in cooling charger) on a thermal camera, it actively cools an area around the size of a dime," Fourcher said.

Unlike other cooling chargers on the market, Fourcher said his wireless micro water cooling system is powerful enough to cool a larger surface area due to the 40-millimeter arcTEC technology thermoelectric plate and custom-made aluminum plate.

Fourcher and his engineering team initially struggled to fit large components into a very small space but managed to slowly shrink the micro cooling system to the point “where it is now 55 millimeters thick with a full water cooling system, a radiator, pump, fan, everything” so it can keep a phone at a consistently cool temperature no matter how hot it is outside.

"With the CryoPad, it's physically cold," Fourcher said. "It's shockingly cold where people touch it and they think they got shocked cause it's so cold."

The only problem now, he said, is putting the technology into a package that looks good.

His second invention called the CryoCase is a self-cooling phone case that uses a passive radiative cooling paint — originally developed by the Palo Alto Research Center (PARC) — to reflect heat and sunlight. According to the Fourcher Technologies website, "radiative cooling simply means that it is good at reflecting radiation, like a mirror reflects light."

Fourcher said the CryoCase gets colder in the sun instead of hotter and can cool your phone up to 15 degrees Fahrenheit without using any electricity.

This paint has been tested for building and automotive applications but it is very fragile and brittle. Fourcher encases the paint in polycarbonate, polymers that are "glass-like" and tough.

"I'm the only guy with a long-term solution that doesn't require reapplication of the paint every month," he said.

He is currently working on a strategy with PARC, who currently owns the intellectual property for the paint. Before he can officially launch the CryoCase, he said he will need PARC's help to resolve a problem where the paint warps the plastic.

Fourcher plans to have the CryoPad ready by late summer to launch and is currently waiting for better design renderings from his design team before launching a Kickstarter campaign for the CryoPad. His goal is to receive enough funding to order between 1,000 and 2,000 units of each part as ordering in bulk dramatically decreases costs.

He plans to launch the CryoPad in physical stores like Best Buy and added the wireless charger will work for any phone compatible with Qi wireless charging, a system where devices are wirelessly charged using a process called induction transfer.

"We are trying to develop a cooling system that is compact, that can be used anywhere for all cooling applications," Soma said. "What we are thinking of doing next is keeping tablet-sized devices cool."

Fourcher said his innovative cooling solutions have, "an environmental benefit as you don't have to replace your batteries as often", leading to greater energy savings.

"The planet is in need of technology to reduce global warming and his technologies could be a game-changer, at scale," said technological entrepreneurship lecturer Aram Chomina-Chavez. 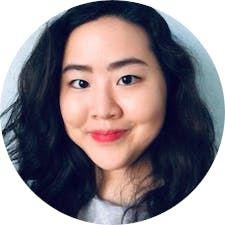 Mindy Lok is a reporter for the business and tech desk. She also works as a digital content producer for the College of Health Solutions.