A rundown of the 2022 candidates running for Tempe City Council

An ex-NFL quarterback, an ASU law graduate and a lead singer of a local rock band are among the seven candidates running for Tempe City Council's three open seats

With Tempe City Council primary elections around the corner, Tempe residents can vote for three of seven candidates running for open positions.

Votes will be tallied for the primary election on March 8 but residents have been able to vote since Feb. 9 with mail-in ballots. If a general election is needed, it will be held on May 17, and then selected candidates will be sworn into the council in July.

Members of a city council are elected to oversee city services and how to fund them. This year's candidates share priorities in improving infrastructure, transportation and accessible housing, along with ensuring all community members are heard.

These are the seven individuals running campaigns to be elected onto Tempe City Council. Councilmembers Robin Arredondo-Savage's, Lauren Kuby's and Jennifer Adams' terms expire this year, but only Adams is running for reelection. Councilmembers Doreen Garlid's and Joel Navarro's terms expire in 2024. 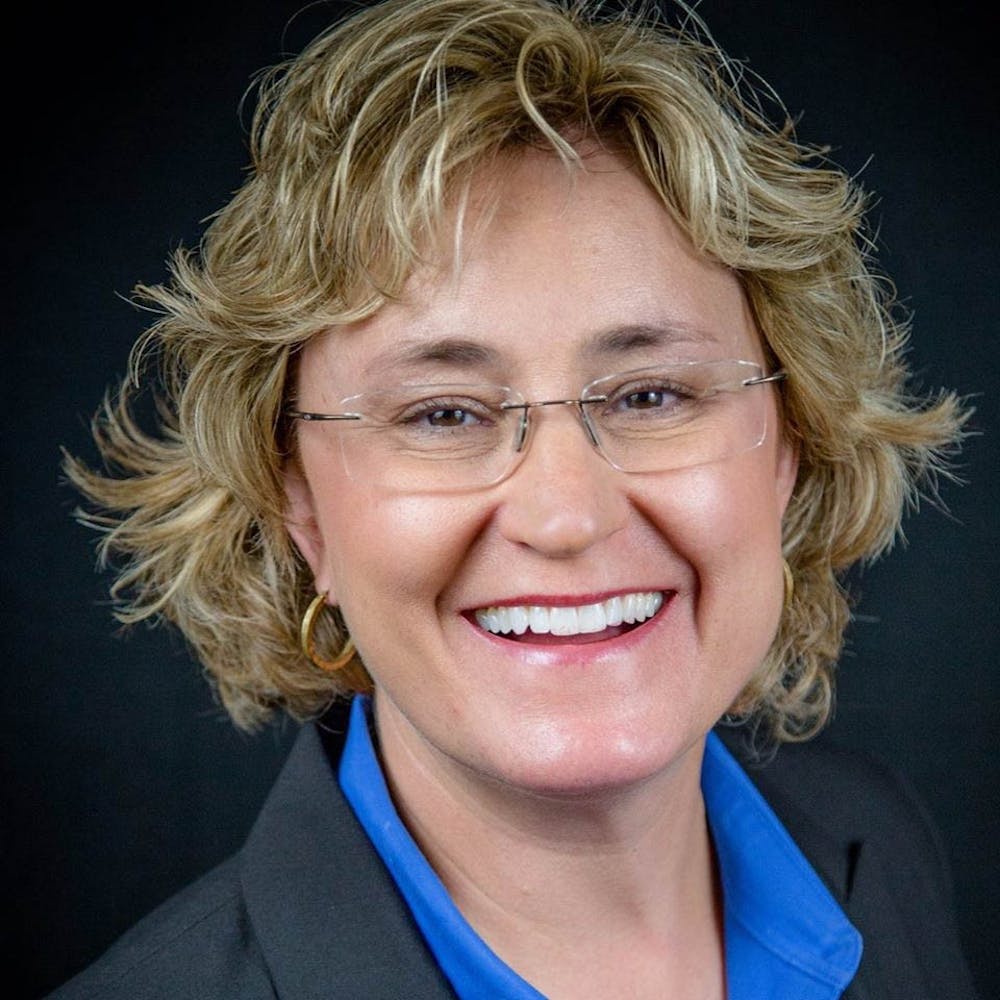 Jennifer Adams is an incumbent who was elected to the Tempe City Council in 2018.

Adams wants to stay in city council for the same reason she ran in 2018: she likes to help people. Adams earned a master's degree in social work at ASU and she has worked in Tempe’s human services department, Adams said.

John Adamson, a senior studying political science, canvassed for Adams and said she is someone who listens to her constituents and "will get things done." 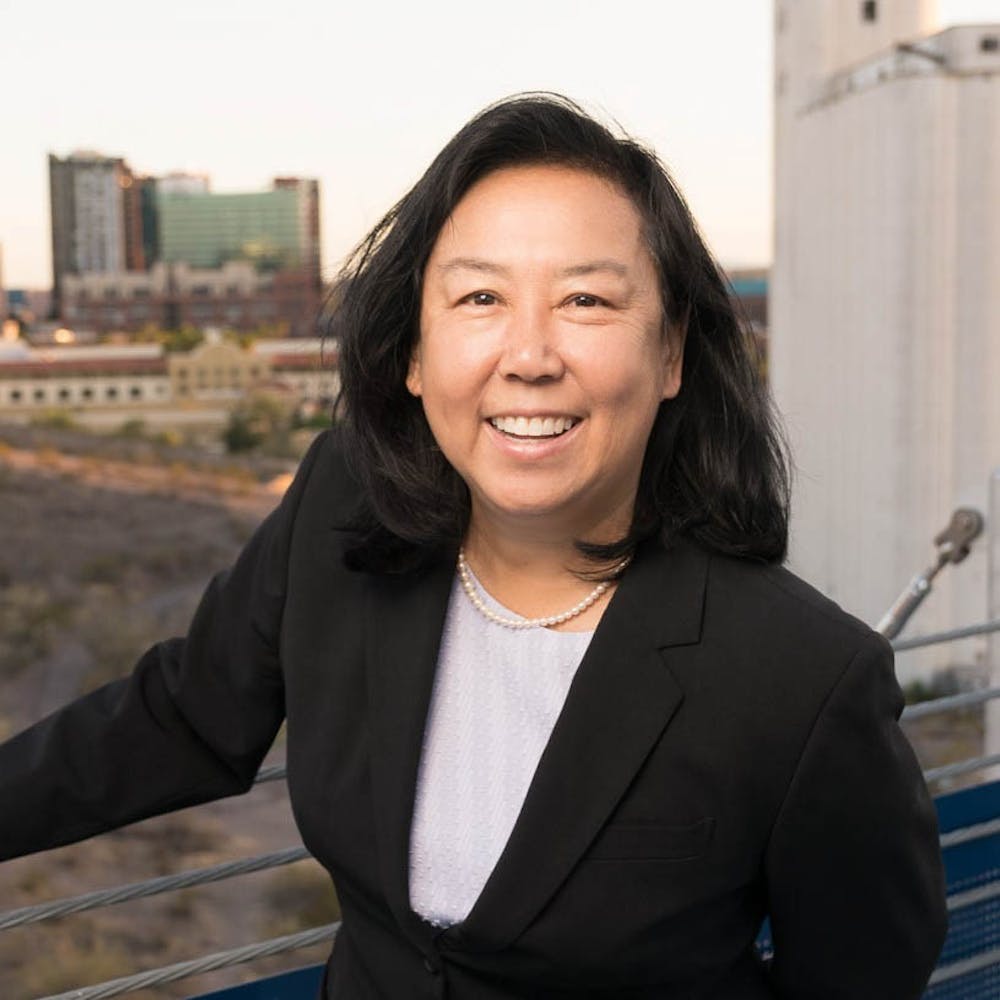 Arlene Chin was the first Asian American to hold public office in Tempe when she was elected an interim city council member in 2019.

Chin has been involved in the community for 40 years, holding leadership positions in 16 different local boards and committees. She is the director of scholarship advancement at the ASU Foundation and is an ASU alumna.

"That's what I hope to apply (in city council) — my leadership experience in Tempe, for Tempe," Chin said. "I think it's important for a council member to know and understand the community."

Chin said if she were to join city council, she would strive to listen to all community voices to understand "what the baseline issue is and then (help) them to resolve it."

Evan Nye, an ASU alumnus who graduated in 2020, volunteered for Chin's campaign. Nye said Chin "wants to hear from young adults" when "making decisions that impact the city and the day-to-day lives of students."

Chin is running on a platform of supporting the Climate Action Plan, Tempe's Right to Breathe plan, improving the council's relationship with community groups and increasing accessibility to the city's "core services," Chin's campaign website stated. 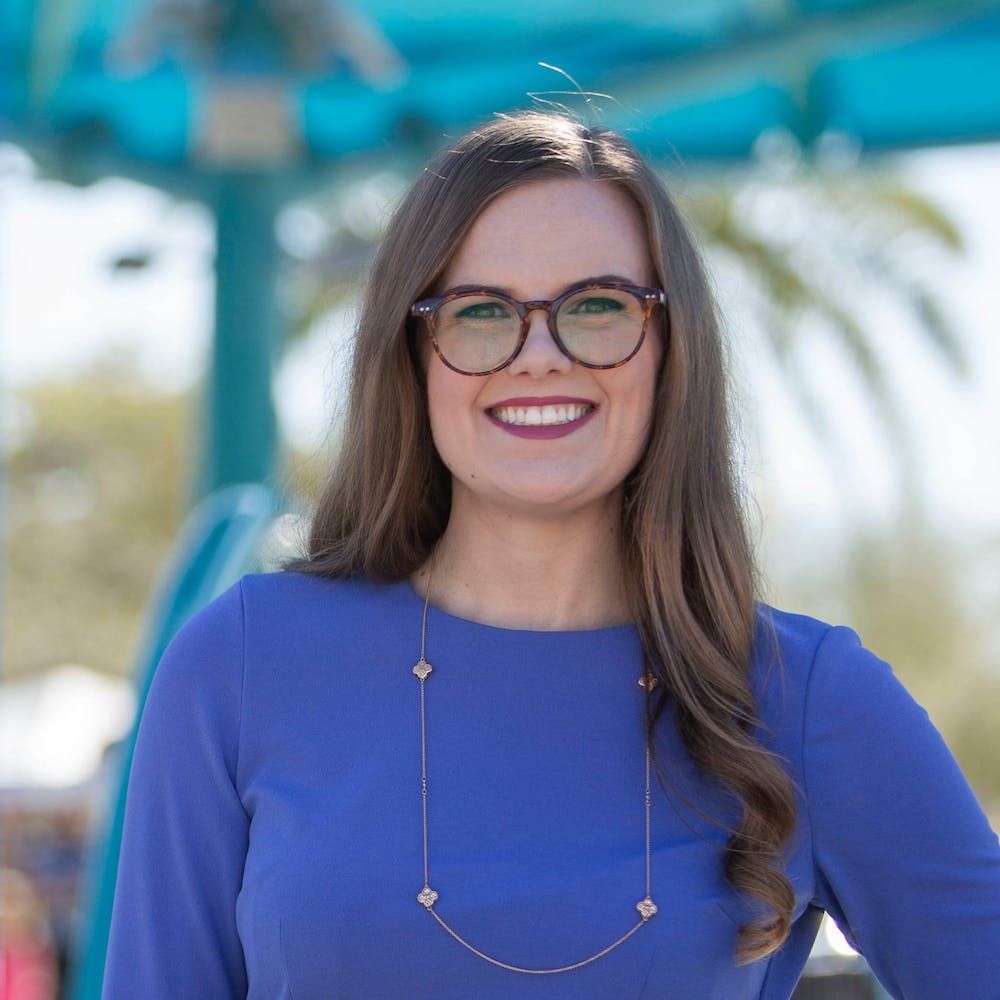 Casey Clowes is an attorney based in Tempe who received her law degree from ASU's Sandra O’Day Connor College of Law. Clowes is running for the position for a second time.

Clowes wrote on her campaign website she is a "high-stakes negotiator" who "is ready to use the skills she's built to make sure Tempeans get what they need at City Hall."

Clowes said she is passionate about targeting climate change through improving the city's infrastructure, which would include providing sustainable transportation and housing.

"Every level of government is going to have to think about climate solutions that they are in control of," Clowes said. "I think every department within the city should be thinking about how are we building resiliency to the climate crisis, and how are we combating the climate crisis."

"I feel like she is just a voice for young people and for a new generation that hasn't been represented on the city council yet," Cameron Adams said. 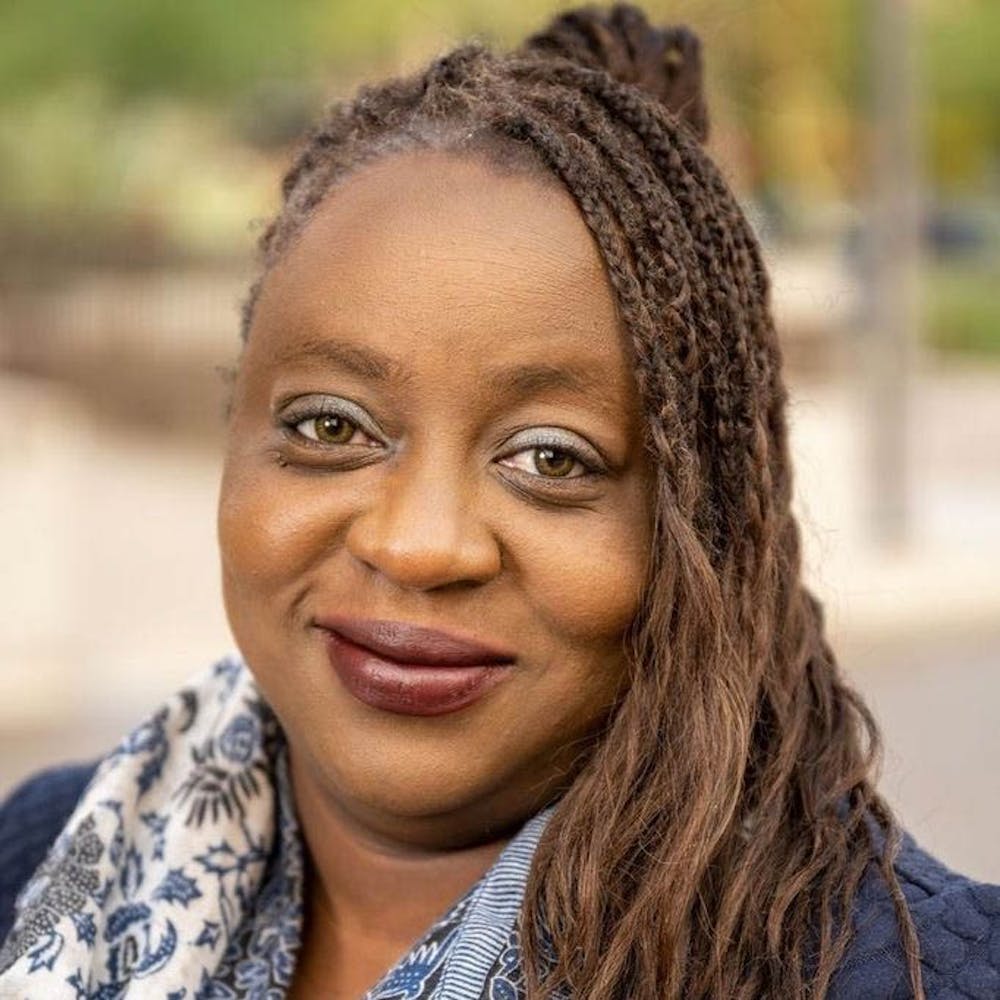 Berdetta Hodge has been on the school board for Tempe Union High School Governing Board since she was elected in 2016. Hodge became the first African American woman elected to public office in Tempe as a member of the school board.

Through this position, she has been a "champion for the needs of students, educators, staff and working families," Hodge wrote on her campaign website. She has held leadership positions in seven different local organizations and boasts her "really good working relationships with all the representatives in our area," Hodge said.

As a council member, Hodge said she wants to create affordable housing and reduce homelessness as a way to invest in young people living in Tempe.

“I mean, you spend four years of your life, building a life, you should be able to continue to build that life after you graduate if you would like to stay here or not,” Hodge said.

Adamson, who is Hodge’s campaign manager andASU Young Democrats’ political director, said Hodge wants to be a “bridge between the education community and the city council” so the “students of Tempe can get the best outcomes possible.” 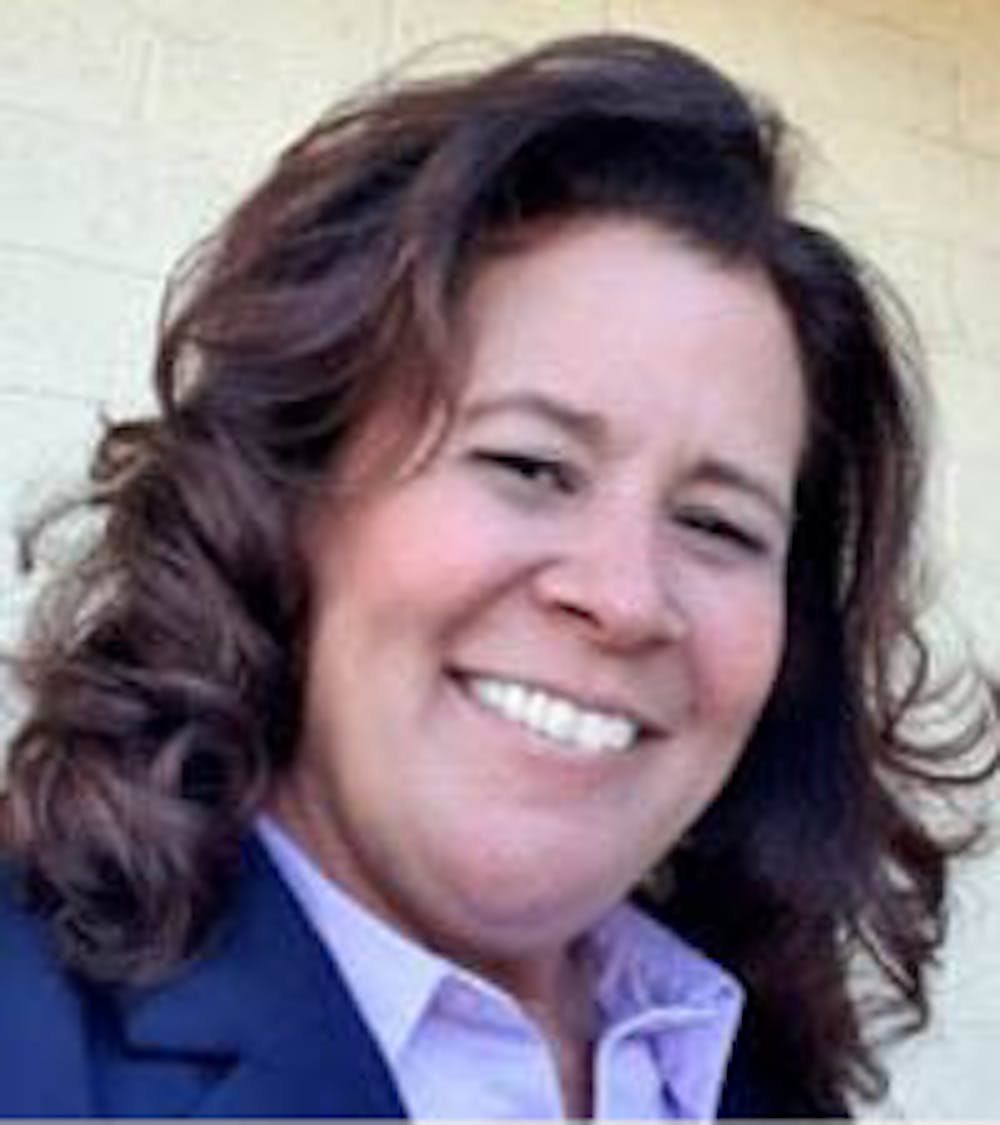 Gina Kash has lived in Tempe for the past decade and worked in multiple positions for the Arizona House of Representatives for 21 years.

Kash said her experience in the Arizona House, which she called the “epicenter of politics,” gives her a “keen insight on policy issues.”

Despite being surrounded by partisan politics, Kash describes herself as an independent thinker who is “not affiliated with any interested parties.”

Kash said her top priority is creating more affordable housing, especially for graduating college students who want to continue living in Tempe. In addition, Kash said she wants to improve public safety and the success of small businesses.

“Out canvassing, I met many ASU students, and a lot of them were out-of-state," Kash said. "They obviously share these homes ... I wonder if (staying in Tempe is) even an option because the rents are going up.” 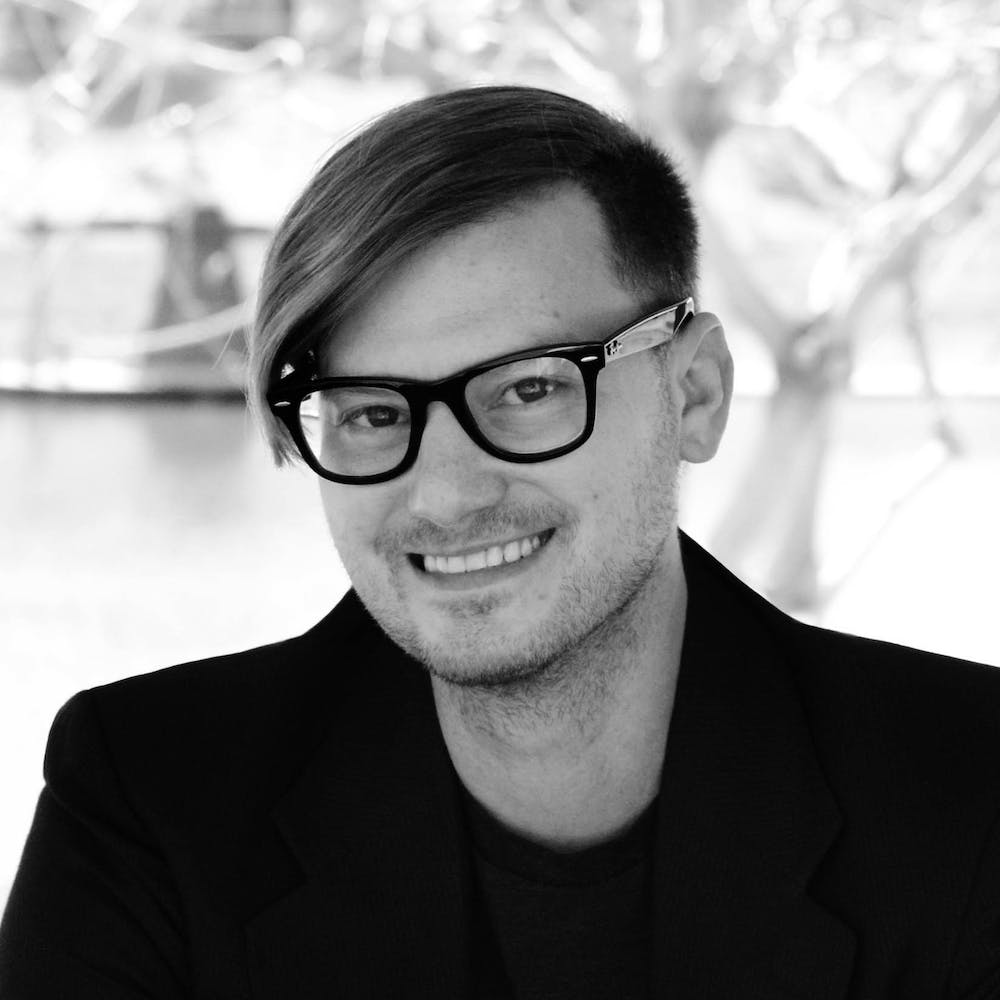 Harper Lines is a local artist and volunteer in Tempe who describes himself as a “good neighbor (who) has been active in this community for decades.”

Lines has been involved in Tempe’s art community as a member of the Tempe Arts and Culture Commission and lead singer in his band, Harper and the Moths.

Lines said his work experience in marketing, project management and corporate social responsibility has helped him become a good communicator, as he is “willing to talk to people and understand what their issues are.”

Lines said his priorities center around the “future formation of our city,” and is concerned about how city development will impact college-aged students living in Tempe. This would include maintenance of roads, transportation hubs and solar expansion in public areas, Lines' campaign website says.

“It’s difficult for city council to often meet developers and meet in ways that have a positive impact for residents, not now but in future generations to come,” Lines said. 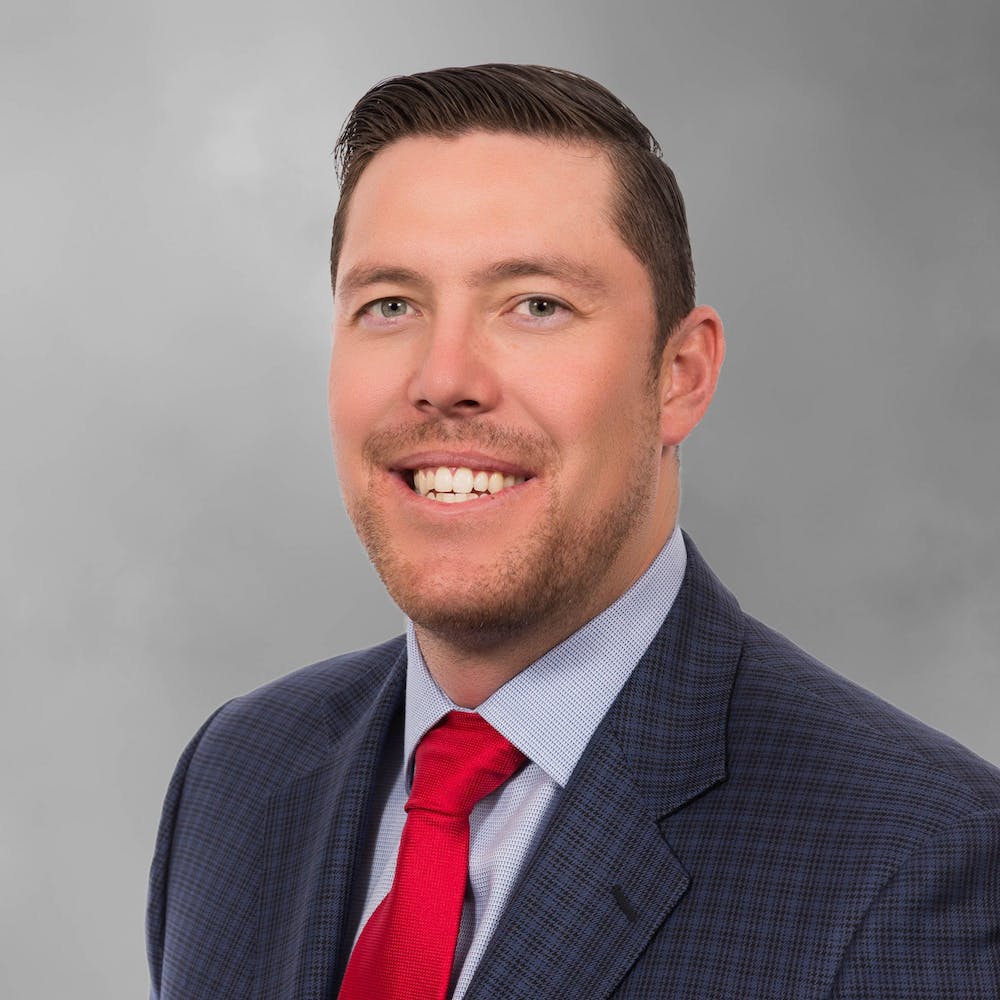 John Skelton moved to Arizona in 2010 to join the Arizona Cardinals as its quarterback. Once his career in the NFL ended in 2013, Skelton said he decided to settle his family in Tempe, where he founded his home care agency, Senior Helpers of Tempe, in 2020.

Skelton has served on the Tempe Community Action Agency Board since 2018, where he helped those in Tempe’s economically disadvantaged community to transition to a better economic situation. After years of seeing the “forgotten parts of Tempe,” Skelton said he wants to bring "all these stakeholders to the table” while making decisions as a city council member.

Jack Keeney, Skelton’s campaign coordinator and 2019 graduate of the Watts College of Public Service, said Skelton would be a useful member of the council as someone who has “led a team before.”

Skelton said that while having no experience in politics has given him a “steep learning curve,” he thinks he can add a fresh perspective to city governance.

Correction: A previous version of this story incorrectly attributed Arlene Chin’s platform to Jennifer Adams. The story was updated on Feb. 18 at 2:17 to correct the error.

Alexis Waiss is a reporter for the politics desk. She joined the State Press in Fall 2021 and has covered state legislature, Arizona politicians, university policy, student government, the city of Tempe and stories highlighting social justice.