ASU forces expensive meal plans on many on-campus students, and alternative solutions that can save students large amounts of money are almost unheard of

For many students and parents, finances play a large role in choosing a college. Meal plans are required for on-campus, first-year students, and they are encouraged for upper-division students living in residence halls.

For an in-state undergraduate student, base tuition, on-campus housing and meals cost about $25,108 a year without scholarships. If the meal plan was not forced on students, the University would be accessible to a greater number of them.

The meal plan problem is only further escalated by how difficult it is for students to be excused from the requirement. Under the 2021-22 meal plan exemption form, students are required to obtain verification from their physician or spiritual advisor that they "believe the student would be harmed if they participated in the required meal plan" in order for ASU to consider their request for an exemption.

The same study included surveys indicating 25% to 50% of students are experiencing these challenges. It makes sense that ASU offers housing and dining plans to prevent these insecurities, but at what point do the financial detriments outweigh the benefits of having housing and food available in the first place? 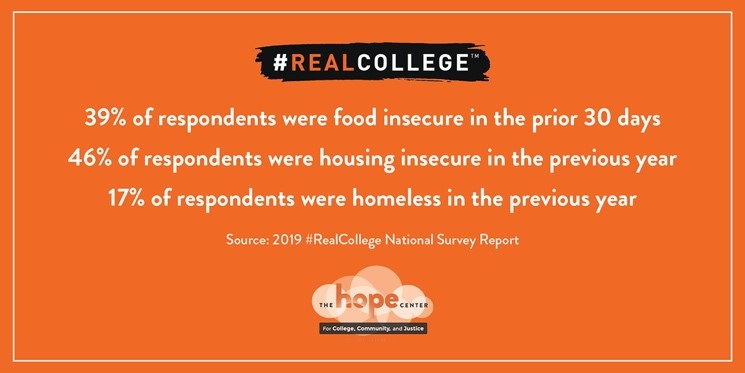 The median household income in Arizona, $61,529 as of the 2020 Census, is not enough to pay for tuition, on-campus housing and meal plans, even at the residential rate of about $25,108. With food and housing insecurity affecting 39% and 46% of students nationwide respectively according to the Hope Center for College, Community, and Justice, it is clear that ASU rates do not cater to the majority of residents.

ASU should offer scholarships that can be applied directly to these living expenses, especially considering the University's claims that "living at ASU promotes creative connections and innovation ... designed to set you up for success."

Aramark, the company contracted with the University to supply dining halls, has been a concern among ASU students for a while as the company supports a history of unethical concerns. This brings up another problem regarding the meal plan — it forces on-campus students to pay unethical companies that they don't want to support.

So, why is it that this company is still on campus, and furthermore, why is it mandatory for many on-campus students at unreasonable prices?

"I chose to get out the meal plan first semester of freshman year … It was a lot cheaper to walk and get my groceries instead and also have better options," said Sarah Taut, a junior studying biochemistry. "(The meal exemption) wasn’t too hard, … but I've heard they’ve given other people a difficult time in the same situation as me."

Personally, it took me a month of continuously contacting housing and dining services in order to get a response to my exemption. I stated my case multiple times, but my reasoning being that the food upset my stomach was not enough for the University to excuse me from the requirement.

Since being excused from the meal plan, Taut and I both have seen improvements in our health and finances.

"My budget probably improved most (and) getting out of a meal plan would have improved (health concerns) anyways since I didn’t have a good reaction to the food when I did eat it," Taut said.

Although it is unclear whether ASU's dining hall food is unhealthy, it is commonly known that students tend to make unhealthy eating choices in college due to a lack of healthy options.

It seems that the University’s pride in on-campus living is unreasonable for most, which prohibits the equal opportunity of education for on- and off-campus students. If ASU truly valued on-campus living as much as it says, then it would make housing affordable and offer financial aid in this aspect. It is more affordable to buy and cook your own food as opposed to the pure convenience of dining halls.

For perspective, the average college student in Arizona spends around $207 per month on groceries. With meal plans lasting around four months, and the traditional plan priced at $2,840 per semester, students pay around $710 per month. This is more than three times the average amount of groceries.

Overall, ASU needs to make housing and dining options more affordable by either subsidizing costs through scholarships or getting rid of the forced meal plan altogether.

Reach the reporter at cijennin@asu.edu.