Four female Barrett students were awarded the Goldwater Scholarship for STEM research, marking the first time since 2011 all ASU recipients were women

Four ASU Barrett, The Honors College students have been awarded the Goldwater Scholarship for excellence in STEM research by the Lorraine W. Frank Office of National Scholarships Advisement, marking the first time since 2011 that all four ASU nominees have been selected for the national award.

The Barry Goldwater Scholarship was established by U.S. Congress in 1986 in honor of former Sen. Barry Goldwater from Arizona. It is the most prestigious national scholarship in the natural sciences, engineering and mathematics and is offered to sophomores and juniors who present strong commitment to their studies and potential for research contributions in their chosen field, said Kyle Mox, associate dean of National Scholarship Advisement and the ASU campus representative for the Goldwater Scholarship.

The scholarship is annually awarded based on merit to about 300 undergraduate students. It covers educational expenses such as undergraduate tuition, fees, books and housing up to a maximum of $7,500 annually.

“It is seeking the best and brightest undergraduate STEM majors, who are engaged in research and who plan to pursue doctoral degrees and careers in STEM research," Mox said. “At ASU, we always nominate four students. We usually have between 12 and 20 applicants for the nomination."

This is the first time that all four ASU nominees have been women, Mox said. Women are vastly underrepresented in the STEM workforce — though women make up 48% of the total workforce in the U.S., only 27% of STEM workers are women, according to the U.S. Census Bureau.

“In some fields, women are the majority, but when you see the number of them that persist, those numbers dwindle. And we have to ask ourselves, why is that?” Mox said. “The answer is that there's something missing in the support structure surrounding women's participation in long term participation in STEM research. The Goldwater Scholarship is one example of that kind of support that encourages people to persist and gives them the confidence to continue.”

"I had one class last semester where I was the only girl out of 27 students in my class." Goldwater recipient Jasmin Falconer said. “And that can always be a little nerve racking because you feel like you have to prove yourself do well to prove that women can do it. So winning the Goldwater is definitely a big achievement for that, and it's phenomenal that we had all four women win.”

Four @barretthonors students have been announced as 2022 Goldwater Scholars by @LWFONSA. 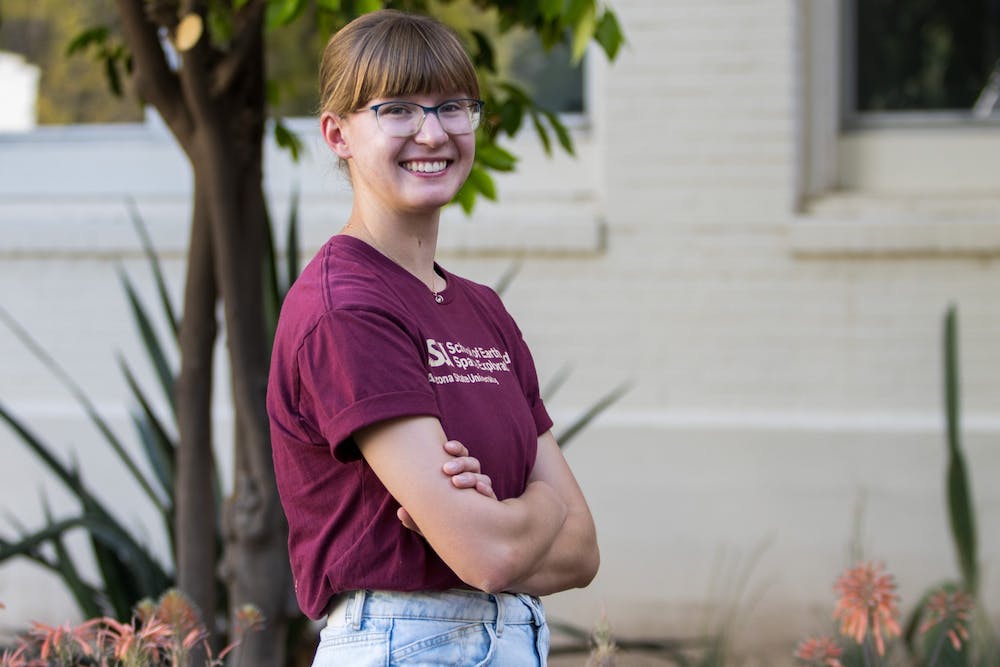 Claire Blaske, a junior astrophysics major, was 11 when she decided she wanted to be an astrophysicist. Now majoring in astrophysics and minoring in geology, she credits her interest in the STEM field to her father, a geologist who often took her to national parks to teach her about the region.

Under Assistant Professor Joseph O’Rourke, Blaske’s project as a space grant intern at NASA is centered around the existence of lighting on Venus as detected by a satellite currently orbiting the planet. She has also conducted research on heat flows out of rocky exoplanets and exposed potential ice in Martian gullies in the past.

Blaske’s mission is to pursue a Ph.D. in planetary science or planetary geology and continue her research on the solar system. 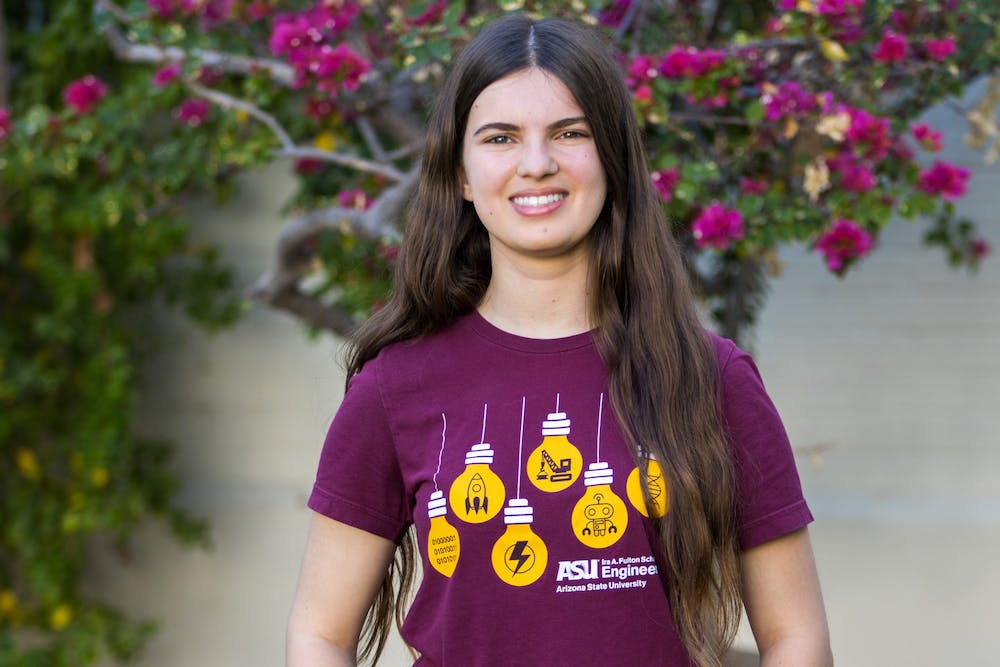 Jasmin Falconer, a junior studying electrical engineering, works in the ASU Biodesign Institute with the world’s first compact X-ray free electron laser, which will help scientists better study nature. Falconer works to ensure accuracy and functionality of the system, a job that is heavily reliant on precision. Her work with the laser involves minimizing the size of electron lasers to make them less expensive and available for universities and laboratories around the country.

“I was so excited to even be nominated.” Falconer said. “It shows that I'm capable of doing research and shows the grad schools that I’ll be applying to in the fall that I can do independent work, that I'm really determined to do it, and that I'll keep working towards it.”

Falconer plans to go elsewhere to pursue a Ph.D. in electrical engineering and is interested in conducting further electromagnetic and radio-frequency engineering research. 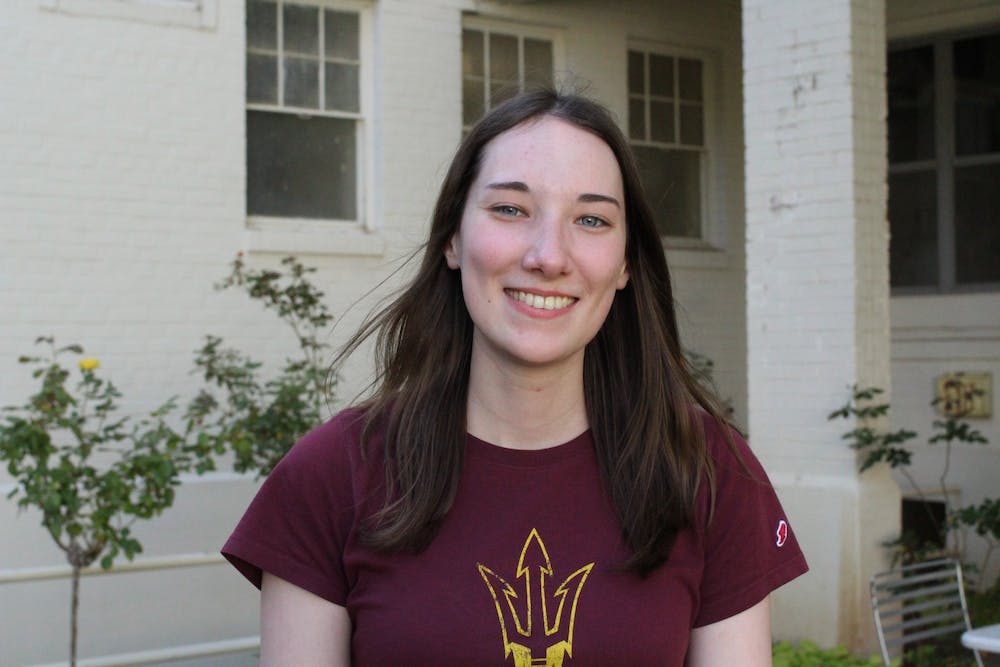 “We use enzymes to catalyze reactions and find better ways to do things using nature, which is really interesting. That's another reason I like taking biology classes: because I think biological constraints can become very important in the future,” Harstad said.

Harstad completed an internship in the medicinal chemistry division of Merck Pharmaceuticals this past summer, an experience that she found particularly rewarding and that solidified her career plan.

Her long-term goals include going to graduate school for organic chemistry and continuing her pharmaceutical research. 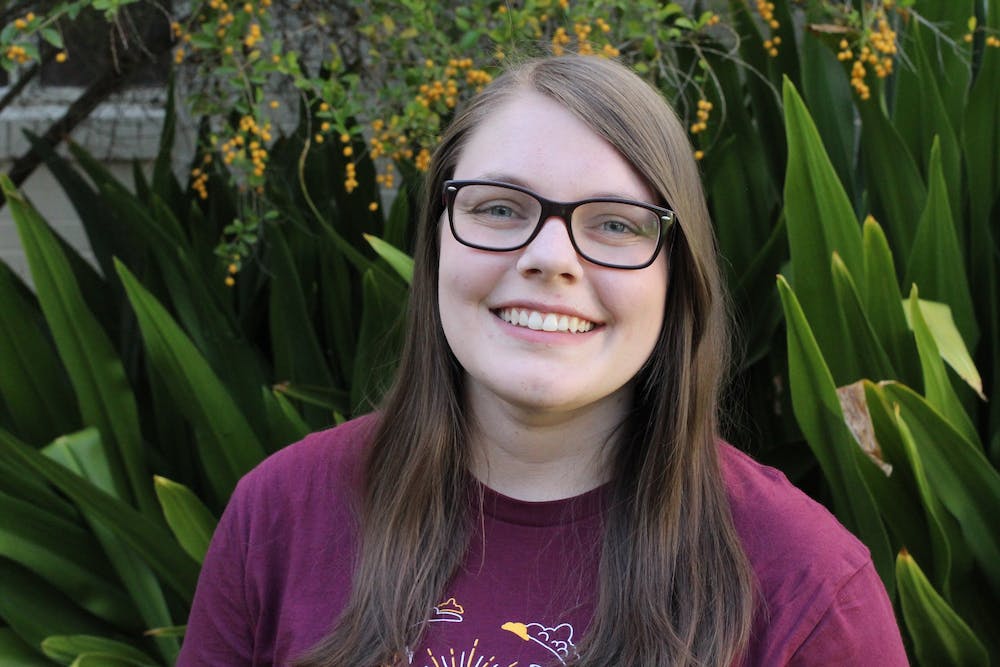 Katie Pascavis, a junior majoring in mechanical engineering and global health, has been working for the Nanotechnology Enabled Water Treatment Center since 2019 to create technology that prevents biofilm growth in water storage tanks.

“I realized that what I really wanted to do with engineering was focused on both protecting the environment and just protecting people's health," Pascavis said. "That's why I'm so interested in water systems and providing clean water."

As a researcher for the Luminosity Lab, Pascavis assisted with the development of a new method for sterilizing personal protection equipment using ozone gas and vaporized hydrogen peroxide at the start of the pandemic.

Pascavis plans to continue her research in the environmental engineering sector in the future.

"All four of these students are very detail oriented and highly professional. They’re very driven, meaning that they have clear goals they want to achieve in life and they're willing to put in the time and effort to make them happen,” Mox said. "All of those things combined are what identify somebody who's going to be a wonderful doctoral student and a wonderful scientist in the future.” 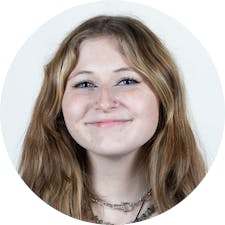