Behind the screens: Yik Yak returns with some users worrisome over past faults

Amid Yik Yak's recent resurgence, controversy continues on the ethics behind anonymous apps

Tyler Bednar was a frequent user of Yik Yak. Until he got name-dropped.

Bednar, a freshman studying sports journalism, had just gotten back to his dorm room in Taylor Place when his friends sent a screenshot of a Yik Yak post calling Bednar and his friends out for being rambunctious in the 12th floor lounge.

Yik Yak is a social media platform where people send a post — or, "yak" — to be seen by everyone on the app within a five-mile radius. The appeal, to many, is Yik Yak's complete anonymity. Without usernames or aliases, the newly revamped app has become a breeding ground for gossip and misinformation.

"Another user had commented saying that we're irrelevant anyway, so who should care about us," Bednar said.

Bednar said he used to check the app around 20 times a day and post semi-regularly. While he claimed his posts never said anything bad about others, Bednar admitted he often used the platform to exaggerate and post false claims simply to get upvotes.

And it seems he is not the only one. Yik Yak's recent revival has brought online anonymity back into the spotlight, reigniting the debate on the ways anonymity shapes interactions and the spread of information across campuses.

Anonymous apps and sites have been around since the late '90s and early 2000s, with 2channel, an anonymous Japanese text board, being one of the earliest examples.

In 2003, 4chan popularized online anonymity. 4chan is known as a hub for incubating memes formative to internet culture. But at the same time, 4chan has been noted as a hotbed for cyberbullying, disinformation and misinformation.

Posts on some sects of 4chan were often reactionary and addressed almost every –ism, which contributed to making the site one of the most controversial anonymous platforms to this day.

Online anonymity was evidently still sought after when developers created forums like Reddit, Secret, Whisper, Sarahah and Fizz. Today, Yik Yak is a source of both positive and negative communication on campus.

🎓 If today's your first day back on campus, good luck!

🎉 ICYMI: YIK YAK IS BACK pic.twitter.com/pblLMfoTB9

The app launched on Nov. 6, 2013. On April 28, 2017, the company announced the app would be closing that week. Backlash arising from a slew of anonymous threats and hate messaging compromised its popularity, and investors didn't see a reason to keep funding the project.

In less than four years, Yik Yak became the ninth most downloaded social media app and was wildly popular among high school and college students. However, the ability to post anonymously on the app spurred cyberbullying and death threats.

College and high school campuses across the nation have seen arrests and evacuations as a result of threats on the app for years.

Related issues happened in every "herd," or five-mile community. The app received social retaliation and went offline for years.

But on Aug. 16, 2021, the app announced its relaunch. According to TechCrunch, Square paid $1 million for Yik Yak engineers and rights to some of the company's intellectual property in 2017 but provided no information about their involvement with the relaunch.

📣 ICYMI: After a 4 year hiatus, Yik Yak is available in the App Store again!

💭 Anonymity, location-based, the hot feed & more -- everything you used to love about Yik Yak

👋 Now available on iPhone in the US -- more countries and devices coming soon!

The revamped Yik Yak got rid of usernames and now provides "Stay Safe" and "Mental Health" resources to attempt to address issues the app faced in the past.

"Yaks" with five downvotes are removed from the feed so users can attempt to hold each other accountable for cyberbullying or inflammatory statements. "Play by the rules and you're free to express yourself however you like," reads an excerpt from Yik Yak's mental health resources section of its site.

Yik Yak has taken the route of "essentially relying on the community to take control over the content that people are posting," Liesel Sharabi, an assistant professor at the Hugh Downs School of Human Communication, said. In an ideal world, the app would correct itself.

While the reworked version of the app has made efforts to foster a new environment — one of community, enjoyment and positivity — it's hard to say if the attempts at moving away from the app’s sordid past have taken root.

"The Yak is back"

Despite the slight improvements, the same problems responsible for its negative reputation have resurfaced since the app's resurgence.

In the 2021 fall semester — the first semester since the revamped Yik Yak app went live — rumors about an HIV outbreak on ASU's campus originated on Yik Yak and spread across social media.

The rumor was eventually dispelled by ASU Health Services, but it brought attention to how quickly misinformation can spread, especially on a location-based app in an area filled with college students.

It makes sense that Yik Yak is so popular on college campuses; the app satisfies the curiosity we all have about the people around us, Sharabi said.

The app's convenience and accessibility allows some in a certain campus "herd" to take up gossiping about their peers while others post from the heart. "Yaks" made around ASU's campuses range from rants to jokes to confessions to snarky comments to outright harassment.

"It's a gossip girl platform, a bunch of p------ behind a screen," wrote one user responding to a "yak" asking for hot takes on Yik Yak.

Another user seemingly wanted to get some things off their chest: "1) Ghosting people after hooking up with them is such an odd concept. 2) Physical intimacy should be celebrated, not hidden. 3) Casual intimacy doesn't detract from the beauty of emotional intimacy."

Sharabi explained two avenues anonymous "yakkers" can take: One with positive effects, another with negative ones.

The online disinhibition effect is where people feel a lack of restraint when communicating online, often anonymously. This can lead to benign disinhibition, where users feel comfortable expressing their true self and getting online support from others.

But it can also lead to toxic disinhibition, where users feel free to say derogatory things they would never say to someone in person; they feel protected by anonymity, so they say things out of character which may be harmful to others.

Yik Yak users often zero in on particular people, with some full names popping up more than others.

Dominic Contini, a sports journalism major, is not on Yik Yak himself, but, by way of friends, has seen his full name attached to false and derogatory posts across the platform.

One user alleged Contini had sexually transmitted diseases, another speculated on his sexuality, while others called him names. Some users have posted his location before, which he said can be especially alarming when anyone within a five mile radius can access the app.

Contini said his Yik Yak notoriety often precedes him when he meets other students on campus and can strain relationships with his peers.

"They see my name with these negative comments," Contini said. "They already have this preconceived notion of me that's not true."

Yik Yak's website says it's a space where "communities are free to be authentic, equal and empowered to connect with people nearby," largely because of the platform's innate anonymity.

Sharabi sees the potential benefits Yik Yak touts; without a connection to real-life identities, like on Facebook or Instagram, there's no reason to compare. Detached from online self-images, users no longer need to "engage in these overly positive self-presentations," she said.

But Sharabi still advises users to remember the real people behind the screens. If users pretend they are interacting with people they could meet face-to-face, it goes a long way toward correcting negative behaviors.

"Have fun with Yik Yak, but also be really careful and mindful of how what you say is affecting other people or could affect them," she said. "Be responsible on Yik Yak." 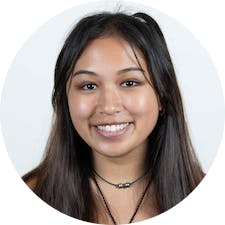