Tempe's large population of feral cats have made ASU their home

There are about 8,000 to 10,000 feral cats roaming Tempe, making them a common sighting on the ASU campus

During late-night walks or commuting between classes, it may be a surprise to see bright-eyed, cute, yet sometimes skittish feral cats roaming around campus.

Stephanie Martinez, a sophomore studying communication, said she sees the feral cats all the time around the Barrett Residential Complex. Ethan Leiter-Weintraub, a junior studying biomedical informatics, said he has seen the cats near the Adelphi Commons and has even fed them himself.

The sightings should come as no surprise.

Kristin Gwinn, an animal welfare specialist, said there are about 8,000 to 10,000 feral cats in Tempe.

"Whether you see them all the time or not, they are there," Gwinn said.

Cats are not the only animals sighted on campus. Foxes have been found and captured in the Memorial Union and spotted in the middle of an ASU football game in November 2021.

But the on-campus cats are kept under control by Mildcats at ASU, a nonprofit organization "dedicated to ensuring the long-term welfare of the homeless cat population on the campus of ASU," according to its website.

The organization gives water and food to the cats and helps them get adopted. Mildcats at ASU declined to speak with The State Press for this article.

Gwinn said most of the cats are born feral, but some originate from people abandoning their pet cats. 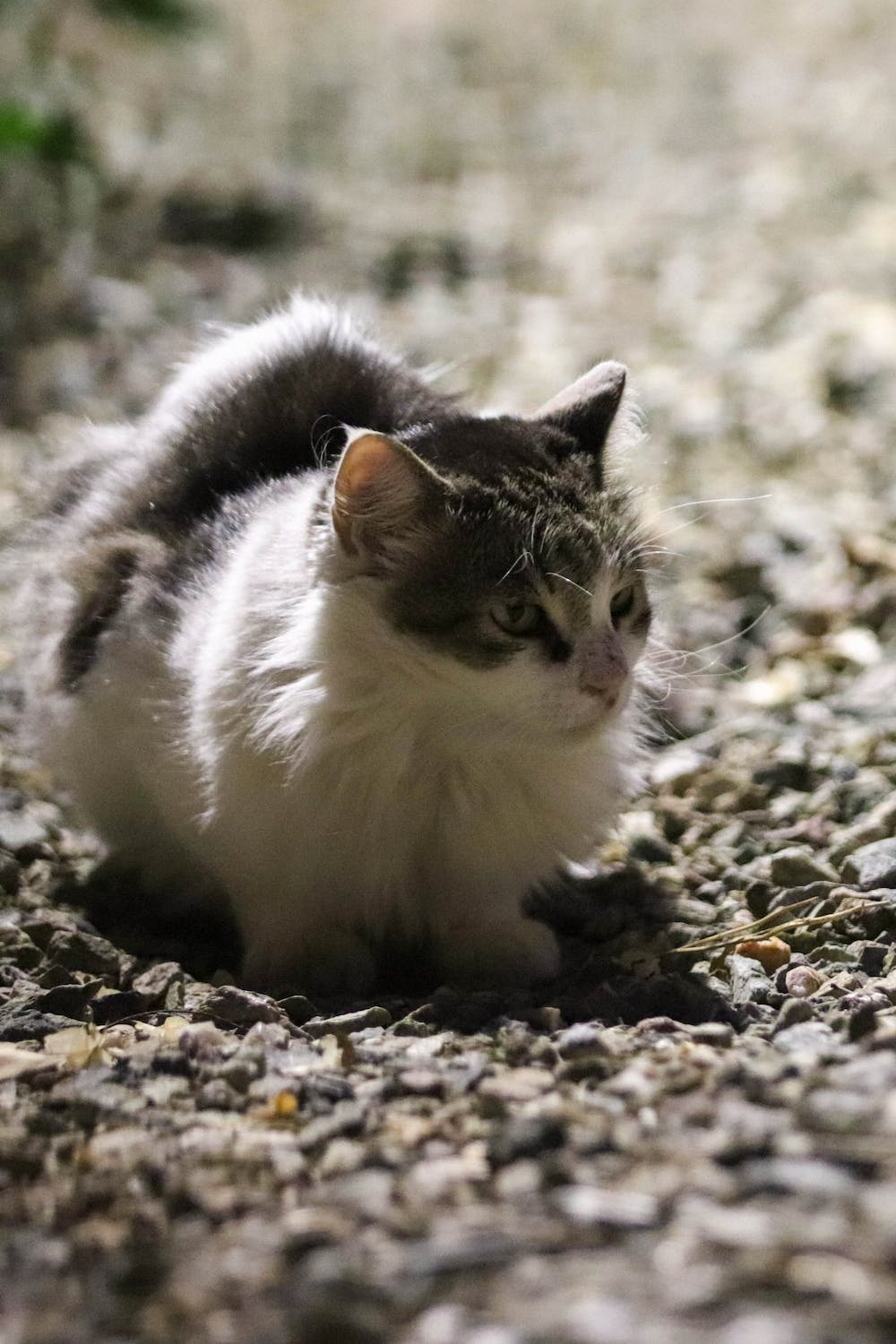 The program focuses on educating about trap-neuter-return (TNR), a strategy to control animal populations.

Gwinn said TNR is the most effective population management method because it helps limit the cats' ability to reproduce and returns them to the colonies they lived in.

She said just euthanizing them would "make the problem bigger," because cats from other territories would spread into the area, quickly replace them and grow.

“There are a lot of folks who just really want to believe that they can live in a world without cats. And it's not realistic," Gwinn said.

Gwinn said she encourages people to feed the feral cats because it helps the city catch them by luring them with food.

Matt Chew, an instructor for the School for the Future of Innovation in Society and for the Center for Biology and Society, said the cats are on the Tempe campus because it offers them a habitat.

Chew said the local feral cats are not natural to the Tempe area as they were initially brought in by people.

“The advancement of human society correlates with the advancement of animal populations in different areas," Chew said. "Some species are spreading to lots and lots of places because people are there."

Sherry Fan is a journalism student hoping to educate audiences on underrepresented communities. She has previously worked producer roles for the film company, Summery Productions.