The ASU Philharmonia, an orchestra group open to University students from all majors, will kick off its 2022-23 concert season with "Stringtastic!" this Friday, Sept. 30 at the Tempe High School Auditorium.

The performance will feature an all-string ensemble in honor of one of their former cellists, Alec Berg, who passed away this summer. "Stringtastic!" is free to the public and begins at 7 p.m.

Phil, as its concertmaster Eugenia Trakal calls it, is a unique blend of both non-music and music majors alike who have all come together out of choice rather than a requirement.

"Being surrounded by dedicated students is my favorite thing about Phil," Trakal said.

Trakal, a sophomore in finance pursuing a career outside of music, chose to be part of Philharmonia because of her side passion for playing the violin. She has been able to see her passion continuously grow alongside all of the rich friendships she’s made within the ensemble.

"Being part of Philharmonia has allowed me to find a welcoming and open getaway from the day-to-day rush," said Trakal.

For principal cellist Tate Allen, a senior in electrical engineering, Philharmonia has offered an escape from the endless studying that comes with pursuing his degree.

Allen’s studies may focus on engineering and mathematics, he said, but his passion is forever with music.

"Being a part of Philharmonia has made me a happier person overall by allowing me to take a bit of time each week to do what I truly enjoy, rather than spend every day working endlessly towards my degrees," said Allen.

Since 2019, the Philharmonia has been led by music director Julie Desbordes whose work as a conductor began at the age of 17 in her home country of France and has since led orchestras in New York, Baltimore and Taiwan.

"A string ensemble is capable of a wide range of tones, dynamics, and a lot of subtility; its versatility will be displayed fully," Desbordes said. "From very intimate pieces like the Elgar, to dances and folk-inspired pieces like the Mason, to full-on metal sounds like the Maneein."

As a way to showcase the diverse ability of the Philharmonia, the concert will feature a variety of music from Earl Maneein's "I Can Read Metal" to a collaborative performance of Spanish composer Pascual Marquina’s "España Cani" with the Tempe High School Orchestra.

After "Stringtastic!", Philharmonia's next concert is scheduled for Nov. 10 at ASU Gammage. The group will be performing as a fully symphonic orchestra, followed by the ASU Symphony Orchestra which will led by ASU director of orchestras Jeffery Meyer.

The concert is titled "The Power of Youth," and will celebrate the work of young composers and pieces inspired by youth. It will include pieces by classical composers Georges Bizet, Charles Gounod and the world premiere of a new composition by ASU student composer Max Lu.

"I highly recommend going to both concerts as I am confident in the abilities of the Philharmonia’s members," Allen said. "Each member of the audience will walk away from our concerts pleased with the music they hear." 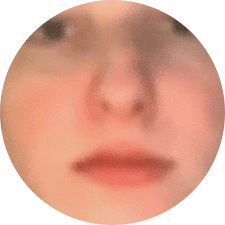