As a teenager, Richard Adkins went into the Virginia forest alone one day and decided to sit under a Pin Oak tree.

He stayed there awhile, observing his surroundings. By the time he got up, he knew that trees were going to be his future, so that was the path he pursued.

Adkins is the urban forester for the city of Tempe and has been for the past three years. He has traveled the world doing what he loves, taking care of and sharing his knowledge of trees.

"Trees are where it’s at," he said. "Trees are good for humankind, good for animals, good for the environment."

Adkins grew up in Virginia and has done tree forestry, the science of developing, caring for or cultivating forests, since 1980.

Adkins grew up wanting to be an architect, but in high school, he realized he loved trees. He began studying resource management and biology at Virginia Tech and later received his master of science in forestry at Utah State University.

Adkins traveled the world to study trees. In New Zealand, he performed growth modeling research for Monterey Pines to determine which soils have better growth results.

After his research, he volunteered with the Peace Corps for over three years visiting Nepal and Northern India. He started a forestry program in Tarai, a region of northern India and southern Nepal, as one of the first forestry volunteers.

Adkins started a tree nursery in Nepal where they grew, distributed and planted trees, and they trained people how to grow trees in mass quantities due to high levels of deforestation in the area, Adkins said.

Beverly Babb, executive director with the Arizona Community Tree Council, worked with Adkins for nine years, Babb said. When Adkins was president of the ACTC, an education and tree community-building nonprofit organization, he was able to better the organization's finances by assigning more work to volunteers, which saved the council, Babb said.

"He is a man who holds people accountable, very clearly. So I think it's why so much gets done under his leadership," Babb said.

Adkins has had many mentors in his career like Bill Mollison, who helped develop the practice of permaculture, the development of agricultural ecosystems intended to be sustainable and self-sufficient.

Mollison, who Adkins met in Nepal in the '80s, told Adkins that “You don’t have a lot of problems, but everything is an opportunity,” which is especially true in the plant world, Adkins said.

“The biggest inspiration is the trees, being with them and listening to what they have to tell you,” Adkins said.

Of all the trees that Adkins loves, his favorite is the eastern hemlock for how strong they are, but his favorite tree native to Arizona is the desert ironwood, Adkins said.

“Lots of spines all over it, but still that's what makes it so special,” Adkins said.

While Adkins was working for Phoenix in 2019, Tempe posted an urban forestry position. He applied and became the first urban forester dedicated to a city in Arizona, Adkins said.

As Tempe's urban forester, Adkins is leading the Urban Forestry Master Plan, a plan to increase the amount of shade in the city by growing and maintaining the urban forest, which includes trees in parks, street right-of-ways and municipally owned and managed facilities.

The master plan was devised to help Tempe reach its goal of becoming a 20-minute city, an urban area where residents can comfortably walk or bike to reach locations they use regularly within 20 minutes of their homes, by 2040. To reach this goal Adkins has the tree-mendous task of covering 25% of Tempe in tree and shade canopy by 2040.

Working with volunteers, faculty and maintenance, Adkins has a mutual working relationship with ASU. When asked what ASU could be doing to assist with Tempe's goals, Adkins said just getting the word out.

“Unless someone like you cares a whole awful lot, nothing is going to get better, it's not,” Adkins said, quoting Dr. Seuss’s, “The Lorax.”

Although Adkins partners with the University to assist with the UFMP, some ASU researchers have reservations about the plan.

Erin Epel, a student researcher with ASU SHaDE Lab and sustainability major, has some concerns about the UFMP, including that more trees can cause damage to city infrastructures and the cost to plant and maintain them, Epel said.

"I think it's important to make sure we're not completely disrupting the environment," Epel said.

However, more trees in urban areas can be beneficial. Trees reduce energy usage and costs by shading buildings and streets, and the 19,450 city-managed trees in Tempe offered a total yearly benefit of nearly $1.4 million, according to a city document from 2017.

Adkins said maintaining trees is not as expensive as many believe, and they provide other benefits like fruit and shade.

For people wanting to become an arborist or a forester, they should know that the work is hard, Adkins said. He also recommends those considering the profession to go shinrin-yoku, or forest bathing, a Japanese term that means to deeply connect with nature.

“Noticing what the forest is doing, the trees, how they’re interacting with all the other plants, water sources, wind blowing. Just really getting out into nature," Adkins said. 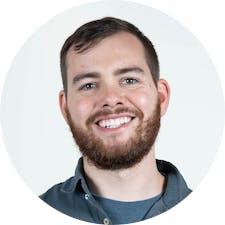