The Sun Devils opened the season in Georgia at the Gabrielsen Natatorium on Sept. 30. The men split their contest with the Georgia Bulldogs and defeated the Missouri Tigers while the women fought hard, but were unsuccessful in the end.

The final scores from the men's team were 46-44 and 155.5-145.5 against Georgia and 191-109 over Missouri. Léon Marchand stood out at the start of his sophomore season as he won all three of his individual events, setting a national best with each of his times.

Yesterday was just another day at the office for @leon_marchand. pic.twitter.com/gJFXXz67D3

There were 13 freshmen who made their Sun Devil debut in Georgia. Among them, Owen McDonald, who placed third on Friday in the 150 backstroke with a time of 1:16.09.

Freshman Amayah Wiley scored a 236.1 in the 1-meter dive putting her in second on Friday. She is the first women diver to compete for ASU since the 2018-19 season.

To close out the meet on Saturday, the Sun Devils impressed in the 400 freestyle relay as both the men's and women's teams took first place.

The Sun Devils will come back to Tempe to compete against Wisconsin on Oct. 22.

The Sun Devils continued Pac-12 play against a tough UC Berkeley squad on Thursday, taking a close 2-1 win over the Golden Bears. After giving up a penalty shot early, ASU found itself in need of a comeback.

The Sun Devils answered by dominating the ball in the midfield and controlling the game with tempo. Graduate student midfielder Alexia Delgado tied the game with a free-kick goal.

Graduate student midfielder Eva van Deursen broke the tie after a pass from Delgado 70 minutes into the game.

The Golden Bears were unable to convert on any chances at the end of the game, allowing ASU to stay undefeated in the conference.

The Sun Devils suffered their first loss of the season at the hands of the Stanford Cardinals on Sunday, Oct. 2. ASU and Stanford went back and forth during the first half of the match but neither was able to find the back of the net.

Stanford was able to break the tie 57 minutes in with a goal from freshman forward Allie Montoya.

This goal swung the momentum against the Sun Devil squad, that gave up its second goal of the game to redshirt sophomore forward and midfielder Catherine Paulson. ASU fell 2-0.

The Sun Devils had a tough time trying to create chances, registering only one shot on goal — the lowest total this season.

Despite the struggles, freshman goalkeeper Pauline Nelles had a fantastic game in the net with six saves, including a few heroic diving stops.

The Sun Devils will try to bounce back on the road against No. 1 UCLA Bruins on Oct. 6 at 7 p.m. MST.

The ASU volleyball team had a tough time in Pac-12 play this past week as the Sun Devils were swept in three games by the University of Oregon, 3-0, and barely came away with the win against Oregon State, 3-2.

The first set was back-and-forth for the Sun Devils as many points were attacked and received.

The eleventh point of the game was a breakaway moment for Oregon and the Ducks went on to score a five-point run. The Sun Devils fought back through junior outside hitter Marta Levinska, but the Sun Devils could not catch a break. The set ended in Oregon's favor, 25-17.

The next set was rough for the Sun Devils, but kills from Levinska, sophomore outside hitter Geli Cyr, senior outside hitter Iman Isanovic and senior setter Shannon Shields, kept ASU in the game.

The set was close until Oregon had an attack breakaway, gaining five points from attacks, making the score 14-9. The Sun Devils were unable to bounce back from this streak and lost the set 25-15.

ASU had a slow start to the third set of this match but eventually gained momentum.

Oregon scored the first three points of the game from a service error and aggressive attacks. ASU got a break from the attack through an error that allowed the Sun Devils to close the gap. Oregon regained control and went on a point streak to win the set 25-12. ASU lost the match 3-0.

In their next game, the Sun Devils went south and traveled to Corvallis, Oregon, to play Oregon State Sunday.

ASU came out strong in the first match with Isanovic and Cyr creating opportunities at the net.

The two teams were neck and neck throughout the entire set but OSU eventually took the lead with an attack ASU could not defend. ASU regained the point and made a run to equalize the deficit but lost the match point. OSU won the set 25-23.

ASU's rebuttal to the first set was made in the first 10 points of the second set.

Junior middle blocker Claire Jeter, Cyr and Levinska all had a streak of attacks that amounted to a three-point lead over OSU at 5-2. OSU earned some points but was no match for ASU's offense. Jeter ended the game with a consistent serve streak which allowed for even more opportunities. The Sun Devils won the set 25-18.

The two teams, tied at 1-1, fought for the third set victory.

The game was extremely tight but had notable kills from Isanovic and Cyr, not to mention an unstoppable block from Kreiling and Isanovic. At 13-12, ASU went on a point streak to increase its lead. OSU tried to regain points but could not recover. ASU won the set 25-17.

OSU had momentum going into the fourth set but was met by six kills from Levinska and a service ace from Isanovic. OSU regained the point and created a consistent attack, eventually winning the set 25-22.

The fifth set was the decider for the match which caused a lot of tension on both sides. Jeter, Cyr, Isanovic and Shields were major playmakers and earned the Sun Devil's points through attacks and assists. The attack was hard to return for OSU and allowed ASU to take the set 15-12. Overall, ASU won the match 3-2.

The ASU men's and women's cross country teams placed second and fourth, respectively, out of six schools at the Dave Murray Invitational in Tucson, Arizona in ASU's regular season finale.

Senior Vincent Mauri led the Sun Devils, placing first in the men's 8,000-meters in 23:20.4, 37 seconds ahead of the second-placed runner.

The teams shift their focus to the Pac-12 Championships on Friday, Oct. 28 at UC Riverside's Agricultural Operations Course in California.

Addison Kalmbach is a reporter for The State Press Sports desk. He has previously worked for Detroit City FC and PHOENIX Magazine.

Bennett Silvyn is a reporter for the sports desk at The State Press. He has previously worked for Walter Cronkite Sports Network and FC Tucson. 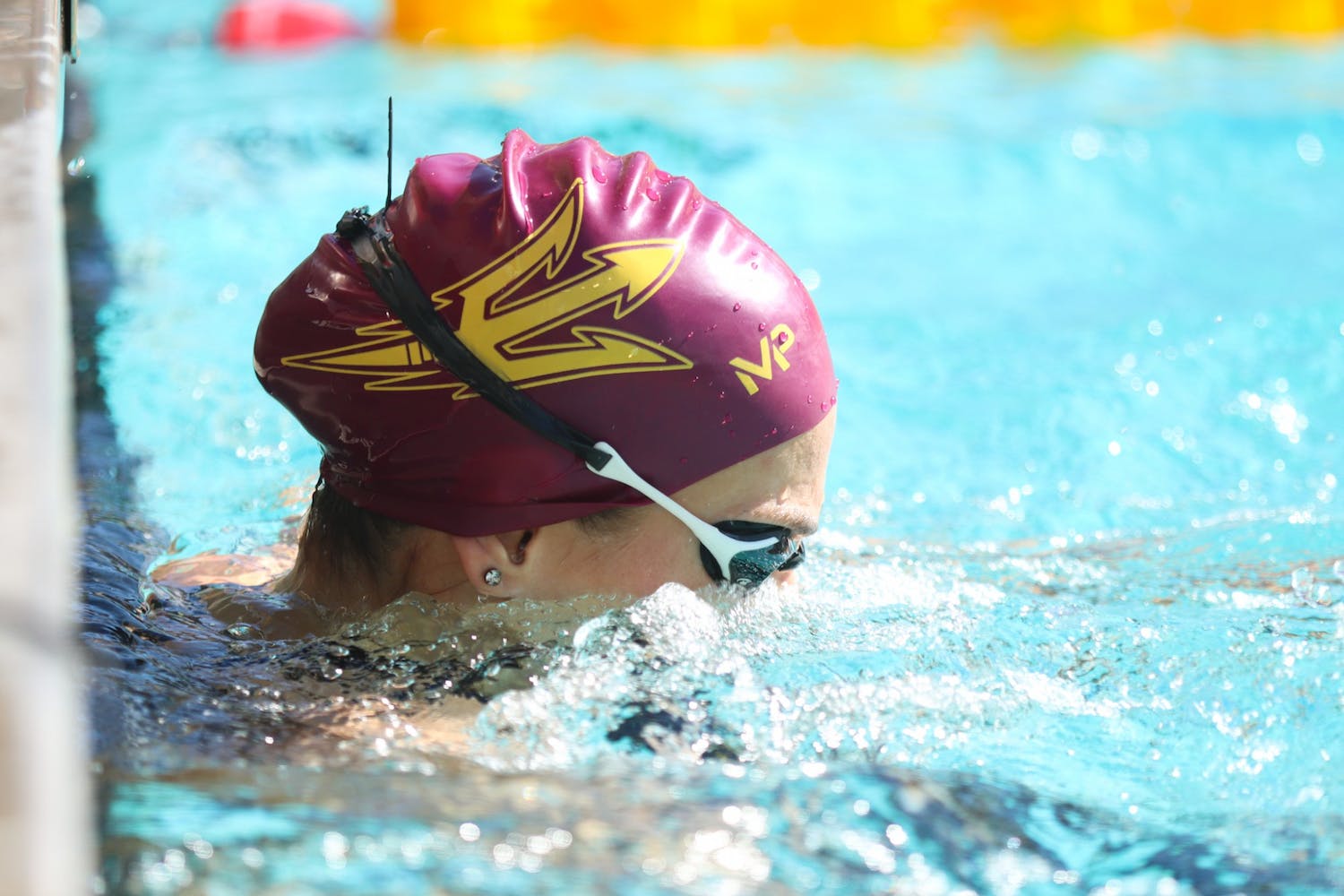 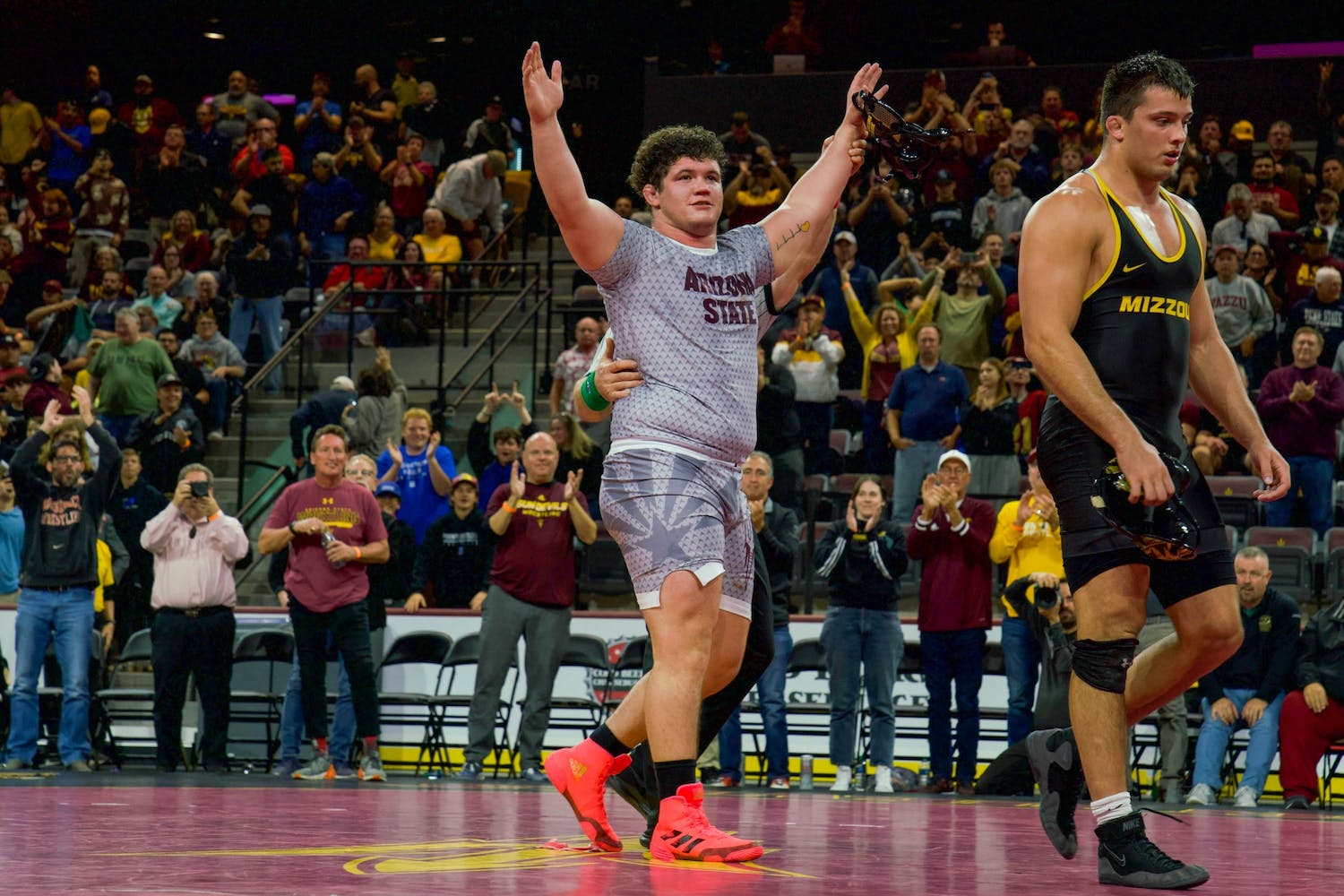