I recently watched "Wedding Season" with my family, and despite its use of obvious cliches like arranged marriages and nosy aunties, the movie was the most realistic depiction I had seen of my life growing up as a second-generation Indian thus far.

Most importantly, the film incorporated Desi elements in a way that felt natural, not as though they existed to fill a quota or make a caricature out of the ethnicity.

The romantic comedy, which follows the main characters as they team up to be each other's dates to a series of weddings, came out in August of this year, with a cast consisting of Suraj Sharma, Pallavi Sharda and Rizwan Manji.

Sharma and Sharda's characters were reminiscent of kids I grew up with, down to the mannerisms of the Ivy League-bound prodigal son to a high-achieving, successful girlboss. But what really made this film stand out were the relationships that the characters had with their parents.

One thing that this movie had, which other mainstream representations of South Asian cultures tend to lack, was the motivation behind an Indian parent's high standards — wanting the best for their children, not just for the sake of success, but for stability and comfort.

This was the first time I saw Indian characters, both parents and children, who I resonated with. I had never before been able to draw parallels between my real life and what I saw on screen. This film portrayed subtleties I hadn't seen before, like the way an immigrant adopts certain mannerisms after years of living in another culture.

Sure, I had identified with other characters before, but it wasn't until now that I realized how important it was to have a character who matched who I was at home, not just who I was outside of the house.

In the past, I wasn't desperate for nuanced ethnic characters I never got. Instead, I ignored the possibility that I could see characters on screen who dealt with distinctly Indian American conflicts.

Until watching "Wedding Season," I hadn't realized how detached I had become from the concept of South Asian representation in the media. In a way, how I had become detached from my own culture as well.

2022 has undoubtedly brought incredible progress for Desi characters on screen — the Sharma sisters in the second season of "Bridgerton," the third season of Mindy Kaling's "Never Have I Ever" and now "Wedding Season."

Although each on-screen depiction has had varying degrees of success, from the inconsistencies of the Sharma family’s background to Devi Vishwakumar's generally cringe teenage years, the quality of these pieces creates a much different landscape than what existed even ten years ago in television.

When Western television was overrun by the Apus, Ravis and Baljeets of the world, I had come to expect that no piece of media would ever truly be able to encapsulate my lived experiences on screen. And to an extent, I didn't think I needed it.

So, I began to approach every new form of Desi representation with caution. At best, I would receive a brown-skinned character whose presence made no reference to their background or home life. At worst, I received a character with an unbelievably thick accent and an obsession with academic excellence.

If I wanted to see accurate portrayals of Desi culture on screen, I had the option to turn to Bollywood, though not knowing Hindi often turned me away from it.

On top of that, the melodramatic plots often depicted experiences and settings that were unique to those who actually lived in India. Although I have a soft spot in my heart for movies like "Kabhi Khushi Kabhie Gham" and "Yeh Jawaani Hai Deewani," it's not something I could relate to.

Representation was never something I thought I needed. I was part of a strong cultural community and went to school with lots of other Indian American kids. I thought I could find everything I needed at home. But after watching a movie like "Wedding Season," I realized how much it meant to see myself on screen, in more than just half-baked or borderline racist characters. 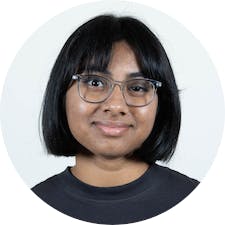