For nearly 10 years, Sarah Marie Konecki-Brazeal would jet-set around the world on paid vacations and enjoy the “big paycheck” that came with working at Microsoft. Now, she’s 39, a junior in college, and pursuing two arts degrees: sculpture and art history.

“If I could take back those years and not have all the money but be doing something I loved, I would,” she said.

Scared of becoming a “starving artist” stereotype, Konecki-Brazeal abandoned her art school dreams when she first attended college in favor of a physics- and math-oriented career. She thought she had resigned herself to a lifetime of tech jobs, but her drive to create art went beyond a childhood dream career.

For her and many others, creating art is a lifelong calling.

“It makes us less human to ignore that part of us,” she said.

Konecki-Brazeal decided to take a leap of faith. About six years ago, she quit her job at Microsoft, leaving the paycheck and perks in the dust.

When she planned to return to college, she made sure this time it would be on her own terms: she would study art at ASU’s Herberger Institute for Design and the Arts, and she wouldn’t squander this second chance.

The trope of the starving artist has existed for over a century. It’s led many, like Konecki-Brazeal, to believe that for every modern-day Picasso or Basquiat, there’s a trove of hobbyists whose BFAs have gone to waste while they work minimum-wage jobs.

As a societal focus on science, technology, engineering and mathematics has come to dominate the digital age, the perception that an arts education is a sentence to dead-end job prospects has only intensified.

Visual and performing arts were ranked “least valuable” undergraduate majors in a 2021 study by Bankrate, a personal finance company, based on factors like median income and unemployment rates. Of the nearly 160 degrees profiled, two other arts-related majors — miscellaneous fine arts and drama and theater arts — joined visual and performing arts in the bottom ranks.

All 25 of the degrees deemed “most valuable” by the study were in the STEM field. 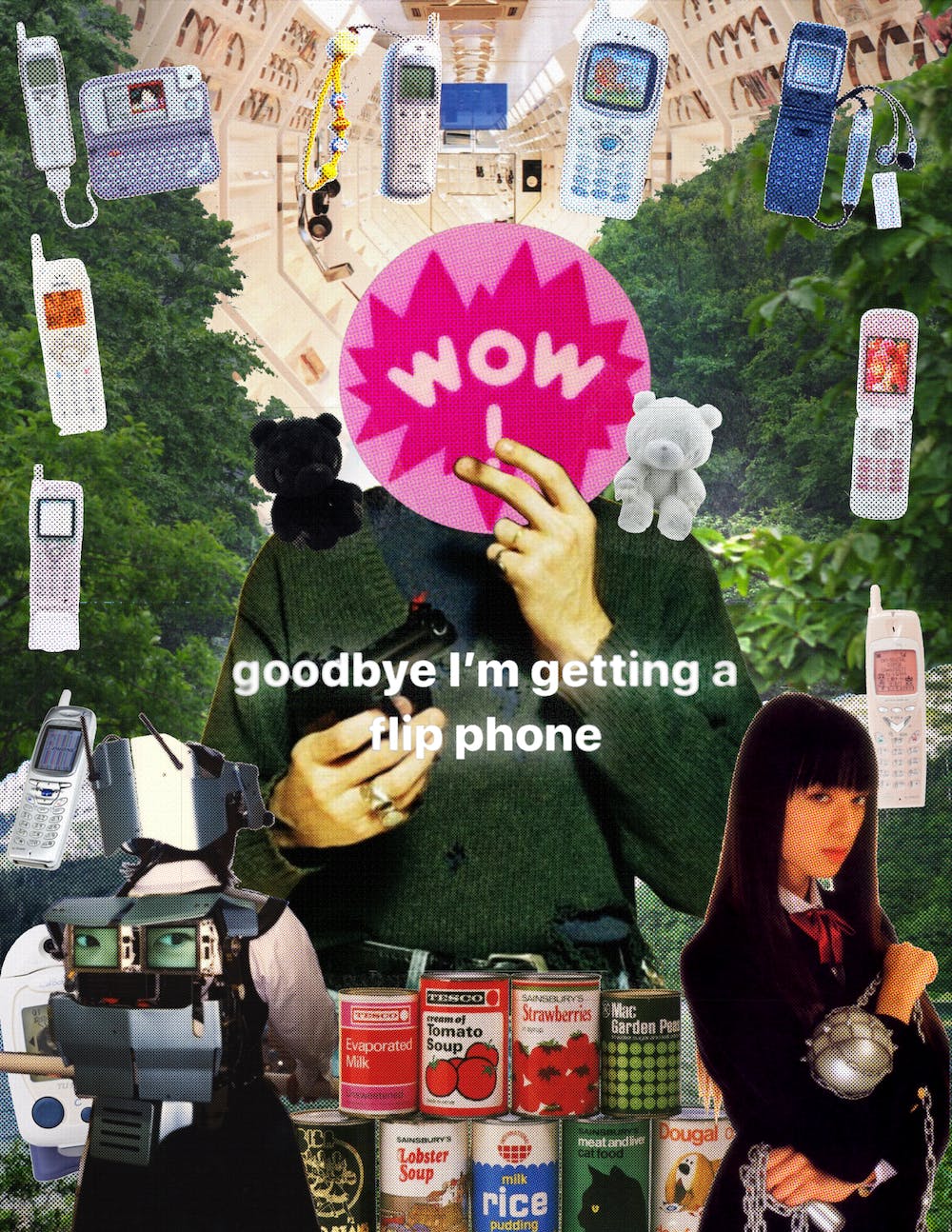 Growing up, Sam Doan felt compelled to infuse their art with technical skill to gain validation from others. Now, as an intermedia art major, they’re not afraid to experiment between artistic disciplines to discover new ways to express themself.

Last year, the BLS reported that the median annual income of STEM workers in the U.S. was nearly double that of arts and design occupations. While STEM graduates can expect to make a median income of over $95,000 every year, art majors have significantly lower earning prospects at less than $50,000, according to the BLS.

Even as college enrollment declines across America and art schools continue to face bankruptcy and closures, Herberger hasn’t suffered from a shortage of new students. Since 2014, Herberger’s student population has actually grown by over 2,300 students across its 130 current program options.

Sam Doan, a transfer student studying intermedia art, knows they shouldn’t feel like a disappointment for the simple decision to follow their calling. Nevertheless, the guilt persists.

Doan’s path to the arts has hardly been linear — they transferred to Herberger after spending nearly three years studying biochemistry, secretly jealous of the students who were able to enroll in art school.

A first-generation American child of Vietnamese immigrants, Doan’s parents steered them toward the financial stability and prestige that would come with a career in the STEM field, convinced that was the key toward the “better future” they didn’t get to experience.

But Doan was miserable. Unable to continue feeling like an outcast in their own degree program, they took a semester off during the early pandemic to reflect on the unrealized dreams they’d held as the “artsy kid” back in grade school.

Even though the decision to switch to an art major felt natural, breaking the news to their parents was not.

“My parents did do a lot to bring me to where I am, and I feel like I need to fulfill that,” Doan said. “I feel like I’m a disappointment.”

Even though their parents initially found it difficult to accept their decision, Doan no longer feels dejected when thinking about their future.

“Every day, going to school just feels like a dream come true because it engages me,” they said. “I feel like I’m at home. It feels comforting to finally do something that feels right.” 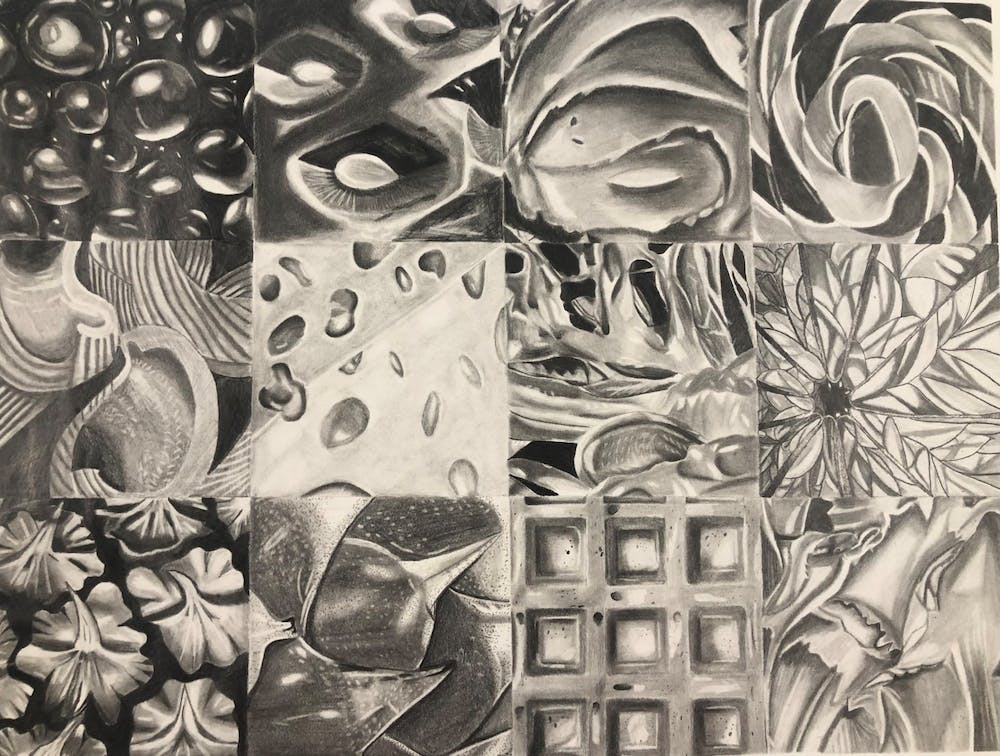 As a ceramicist and sculptor, Kate Arford’s work is by nature hands-on and three-dimensional. Even her sketches fly off the page with depth and texture.

For Kate Arford, a sophomore studying ceramics and sculpture, the path to becoming an artist was every bit as slow and frustrating as it is to mold delicate pottery from blobs of clay. Even among those who have decided to work in the arts, the stigma surrounding creative careers can be stifling.

Initially convinced that financial independence simply wasn’t achievable in the arts, she abandoned her “first love” and applied to ASU as a molecular biosciences major pursuing a pre-med track.

Despite the job stability and comfortable salary that comes with working in the medical field, Arford could feel her desire to be an artist slowly gnawing away at her — an instinctual feeling, deep in her gut.

“It’s just going to eat away at you until you follow it,” she said. “I just woke up one morning, and I was like, ‘This is the wrong path. I need to follow this art career and just see what happens.’” She transferred to Herberger a week before her freshman year with aspirations of opening up a ceramics studio.

Konecki-Brazeal can also pinpoint the moment she realized her lifelong dreams could become reality. At the time, she had spent the past year moonlighting as an apprentice to a tattoo artist while working 40 hours a week at Microsoft. Despite the grueling workload, tattooing kept her artistic passions satisfied.

The night after she tattooed someone for the first time, Konecki-Brazeal walked into Microsoft and quit.

Coming from a low-income background, Konecki-Brazeal was acutely aware of the importance of financial success when choosing a job. Even though she had always harbored dreams of pursuing an arts education, she feared it would become the “waste of money” everyone told her it would be.

Now, she only sees her art education as an asset. Even though she ultimately wants to excavate sites as a field archaeologist, she’s confident that her artistic skills in archaeological illustration will give her a leg up when she applies to a doctorate program in a few years.

Money has also been a constant, inescapable concern for Remi Koebel. As a senior studying photography, they fear financial insecurity when thinking about their future career.

“There’s always this kind of anxiousness and paranoia behind every decision I make,” they said. “I’m constantly a little bit afraid.” 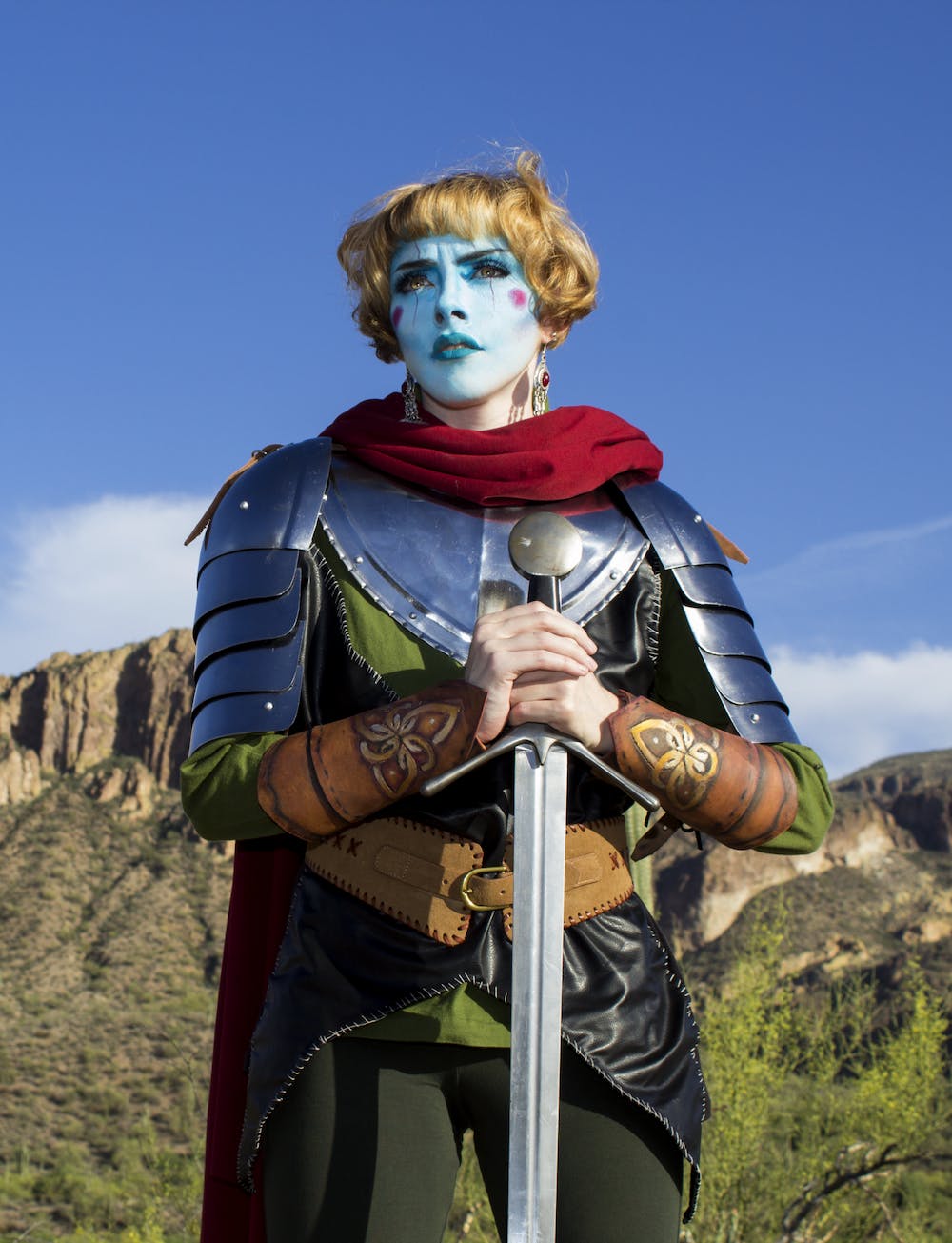 Remi Koebel’s work is as loud and whimsical as the fleeting remnants of a nonsensical fever dream. As an aspiring contemporary artist, Koebel uses heavy editing and cotton-candy colors to make people feel confronted by their work.

Koebel comes from a line of artists who all ran into roadblocks before they were able to realize their full potential. Their mother’s future in ballet went dark after a career-ending injury. Their grandmother’s art career ended after marrying young and having a child. Koebel feels that by chasing their own potential, they’re also carrying on the torch for these people.

Working in small California art colleges taught D.P. Leighton, the assistant director of Herberger’s creative career services, that many top art schools are ivory towers of elitism and power. Herberger aims to change that, he said.

“I was sickened by the money and the privilege,” Leighton said. “Those who had money would then get into these very expensive degrees and subsequently network with high-end people.”

Arford, Konecki-Brazeal, Koebel and Doan all chose to attend Herberger — the largest comprehensive arts and design college in the nation, according to Herberger’s website — because of its affordability compared with private art schools. Some said the scholarships offered by Herberger opened up the possibility of an art career in the first place.

When Leighton was earning his bachelor’s and master’s degrees in photography, he too struggled with money. After announcing his decision to pursue an arts education, his parents criticized him for selecting a career track that didn’t seem as “worthwhile” as engineering or psychology. The lack of support strained his close relationships, time and finances.

In college, Leighton wasn’t able to pick up internships because he had to work two jobs to put himself through school. Now, he works one-on-one with Herberger students to connect them with individualized resources that will help them find success in their careers.

“Self-actualization is all good and well — feeling good about yourself and feeling happy,” Leighton said. “But if you can’t make enough money to have housing security, to have food security, your entire community is going to crumble.”

Ted Decker, an ASU instructor who specializes in developing Herberger students’ business skills, believes STEM and art are two halves of a whole. Some institutions are pivoting to focus on STEAM, or science, technology, engineering, arts and mathematics. 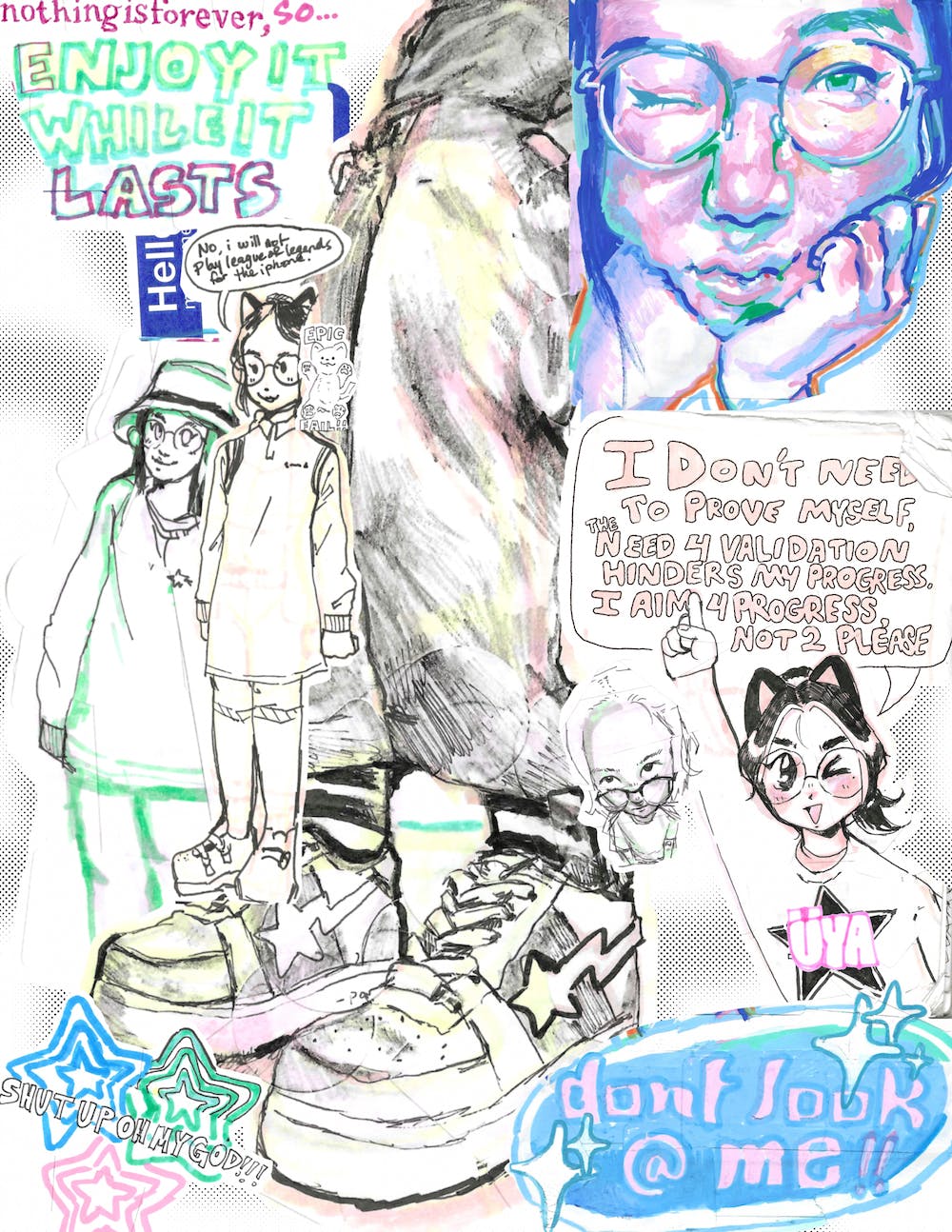 Decker has realized artists aren’t relegated to museums or exhibition showings anymore. With the rise of STEAM, new connections are being forged between the fields every day. With undergraduate degrees like digital culture and a media arts and sciences doctoral program, ASU offers students opportunities to try STEAM for themselves.

“Artists were once referred to as starving artists,” he said. “I think that will change as technology, society and our culture advance.”

As the arts and STEM become increasingly intertwined, perhaps the awkward dinner-table conversations that have become an unwelcome rite of passage for many arts students will become a relic of the past.

Passion may not always equate to pay, but for some, passion alone is enough.

This story is part of The Affect Issue, which was released on Nov. 2, 2022. See the entire publication here.