Nathaniel Ross, a quadruple major, will use Oxford education from the Rhodes Scholarship to launch into social policy, disability advocacy

The Rhodes Scholarship, a prestigious scholarship covering all selected students' expenses for two to three years of studying at the University of Oxford, will give Nathaniel Ross the opportunity to build a foundation for a career in disability policy.

On Nov. 12, Ross, a senior, was named one of 32 American recipients of the scholarship and is also the first American student to receive the award at ASU in over 20 years.

Once he obtains a master's degree in comparative social policy and a master's in history of science, medicine, and technology from the University of Oxford, Ross plans to attend law school to start his career in disability law, but he recognizes that he could change his mind while abroad.

"I don't think I can even imagine the opportunities that will now be available to me after having been selected for the Rhodes Scholarship," Ross said.

Spending a few years abroad will widen Ross' perspective and help him gain a global experience after being born and raised in Mesa, Arizona, and attending college in-state.

"I have hoped to be a leader in whatever position I ended up in, elected or otherwise, so I'm really looking forward to learning from the programs that Rhodes specifically offers in professional development and leadership," Ross said.

When Jane Maienschein, a professor in the School of Life Sciences, first met Ross, it was clear his interests were all over the place, but they found many topics to connect on.

Ross enrolled in Maienschein's Embryo Project Encyclopedia writing seminar, where he has been writing and publishing academic articles on Supreme Court decisions and other legislative decisions involving the scientific reasoning behind lawmaking. This research will contribute to his master's thesis, which Maienschein will continue to guide him in.

This feeds into Ross' work in one of his four majors, biology and society, a program that Maienschein directs.

You won't find many students in college that will graduate with four undergraduate degrees in a reasonable amount of time.

"Things just kind of kept snowballing,” Ross said. "I really enjoy learning. I really enjoy taking classes, so it felt really natural for me to take a lot of them and the end result was a quadruple major, and I think for me, it's been a really nice balance."

This month, Ross will obtain bachelor's degrees in biological sciences, political science, applied quantitative science and history with a minor in dance. He takes around 30 credits a semester. He will then graduate in May 2023 with a master's degree in biology and society and will study at the University of Oxford in September 2023.

Michael Yudell, vice dean and professor at the College of Health Solutions, will be guiding him in his master's degree along with Maienschein.

"I think what makes him so impressive is that he's found ways to leverage his knowledge across all of the disciplines that he's interested in, to think more deeply about the relationship between them," Yudell said.

Because Ross has such a diverse knowledge of science and the humanities, he said he hopes to apply this to make policy work better for a broader array of people, putting more tools in his toolbox.

Ross hopes to change the perception of people with disabilities, and help others understand what people are capable of regardless of their disability.

"Growing up, and you know, still being a disabled individual means that I have lived a lot of the experiences that I'm hoping future generations can avoid," Ross said.

Through EosFighter Connection, a support network for young people living with eosinophilic disorders that Ross founded in 2020, he has met several kids who have grown up in a world not very accommodating for them.

There have been too many instances where legislators and people writing policy have no background or understanding of what it's like to actually have to live under those policies, Ross said.

"I look forward to continuing to make my voice heard and make sure that those halls of power actually have disabled voices at the table and help to make the decisions that are being made," Ross said.

Maienschein was not surprised when she found out Ross won the Rhodes Scholarship. She taught another Rhodes Scholar over 25 years ago who had a similar personality of curiosity about everything, someone who really listens to other people and the world.

Ross served on the United States Senate Committee on Health, Education, Labor and Pensions in 2022, where he had the opportunity to testify and talk about proposed voter laws he thought would be harmful to the disability community.

One of Ross' favorite public policy experiences was as an intern at Creosote Partners in 2021, a values-based lobbying firm in Phoenix.

"He was an amazing fit and one of the brightest individuals I've ever had the opportunity to work with," said Gaelle Esposito, a partner at Creosote Partners. "Nathaniel had both a really driven, personal work habits and he also brought a unique perspective, particularly around disability issues."

The passion that the partners had for their work and the selectiveness with only representing clients aligned with their values is what resonated with Ross.

Ross's other career highlights include a run for Mesa City Council and interning for Whitney Walker's 2020 campaign for the Maricopa County Board of Supervisors.

Ross has also been a recipient of the Flinn Scholarship and the Udall Scholarship.

To keep himself organized and on track, Ross uses his Google Calendar religiously, he said.

In his free time, Ross enjoys ballroom dancing, tap dancing and playing the guitar, banjo, and ukulele. Using spare time to be creative lets him work on other parts of his brain that don't get that kind of use in academic studies.

Clarification: This story's headline was updated on Dec. 8, 2022, at 4:25 p.m. to clarify Ross as the first American ASU student to be named a Rhodes Scholar. 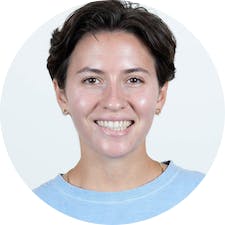