Devlin Sarratt has never lived without pain. But when he takes a long drag from a joint, he’s the closest to knowing how it feels.

For the sophomore majoring in architectural studies, cannabis is an element of a medicinal regimen, not the high-risk, illegal substance that the Controlled Substance Act classifies it as. Ever since Sarratt was approved for a medical marijuana card last November, therapeutic cannabis has ensured he’s able to sleep through nights when his body is overwhelmed with waves of mind-numbing pain.

Sarratt has Ehlers-Danlos syndrome, a connective tissue disorder that has made chronic pain a constant fixture in his life. Due to his weakened skin and joints, an action as simple as lying down can prompt his shoulder to dislocate.

“I’ve just dealt with chronic pain my whole life,” Sarratt said. “It’s a part of me.”

Even though medical marijuana has been legal in Arizona for over a decade, a slew of policies banning the drug from college campuses cut Sarratt off from his medicine for much of the day. While Sarratt sees marijuana as a painkiller, a stress reliever and a sleeping aid, federal law and University policy hold a very different view.

ASU’s Student Code of Conduct categorizes medical marijuana consumption as illegal drug use and therefore strictly prohibits it from campus. On-campus possession or use of the drug — even for medical purposes — can result in a range of consequences, including academic probation and expulsion.

Allowing medical marijuana for on-campus use would violate the Drug-Free Schools and Communities Act, a law that bans federally illicit drugs from college campuses. Because the DEA considers cannabis to have no medical use and a high risk for abuse, it’s also included within the list of substances prohibited by the DFSCA.

Passed in 1989, the decades-old law carries on the legacy of the hysteria-fueled war on drugs, even as scientific knowledge around medical cannabis has evolved, said Tom Dean, a Phoenix cannabis defense attorney.

As a public university, ASU could risk losing hundreds of millions of dollars in federal funds if it violated the DFSCA. This would also mean losing the financial aid that many ASU students depend on to pay for school.

Even as more voices call for therapeutic cannabis to be federally legalized, the outlook for students who do medicate with it is murky at best.

Card-holding students could have been criminally charged if they were caught with the drug on ASU's campus just four years ago, despite medical cannabis being legal statewide.

“There were clear areas where there was either ambiguity or where the state was just wrongfully enforcing laws in conflict with Prop 203, the Arizona Medical Marijuana Act,” Dean said.

That all changed in 2015, when an ASU student was charged with felony cannabis possession after campus police found a medical marijuana card in his wallet.

University police searched the student’s dorm room and discovered 0.4 grams of the drug, which he used to relieve chronic back pain.

If the student were convicted, he would have risked losing the financial aid he depended on to pay for college. In fact, he may have even been expelled. After hearing about his situation, Dean — who was inspired to work in cannabis law after watching police perform similar shakedowns on his friends back in high school — took on his case pro bono.

“It just was, to me, probably the most blatant area of law where there was an injustice that was happening,” he said.

What Dean believed would be a simple case eventually made its way up to the Arizona Supreme Court. In 2018, the state Supreme Court struck down the 2012 law criminalizing on-campus marijuana use as unconstitutional.

Thanks to the ruling, arrest is no longer a possibility for medical card-holding students caught medicating on campus. But ASU continues to enforce its own ban on the drug.

Jerry Gonzalez, the assistant director of ASU’s media relations department, wrote in a Nov. 10 email statement responding to request for comment: “We are unable to support an interview on this, but please check out this ASU Live Well webpage with information on cannabis use. That page does mention ASU’s current position on cannabis on campus. Keep in mind that our policy is the same as most other public universities.”

In addition to the risk of losing federal funding, colleges may incur heavy fines if they violate the DFSCA. From 2014 to 2018, 36 institutions were fined a total of $739,000 by the U.S. Department of Education for violating the law, according to college news website Inside Higher Ed.

During that same time frame, the Department of Education increased fines by nearly 60% to over $55,000 per violation.

For Andrew Young, the president of libertarian student group Young Americans for Liberty at ASU, these penalties amount to an alarming violation of patients’ rights at the hands of the government.

“Students that enroll here that need to use medical marijuana as their medication lose that right when they come onto campus,” he said. “It’s about their right to life, their right to pursue happiness. This isn’t just something they’re doing recreationally.”

The DFSCA’s ban on medical marijuana has made it unbearable for Sarratt to even be on campus.

Some of the print-making projects in Sarratt’s design classes involve hours of standing and strenuous labor. Traditional print-making techniques require him to press his full body weight into his hands for long periods of time, which worsens the chronic pain already caused by his condition.

Exhausted and beaten down after these draining sessions, Sarratt is unable to use cannabis — the medicine that mitigates his pain and helps him function — on campus.

“My knees hurt so bad it almost didn’t feel like I had feet anymore,” he recalled. “It was this kind of grating pain.”

Out of all the conditions medical cannabis is used to treat, chronic pain is the most common one in the U.S., according to Harvard Health. But in Sarratt’s opinion, the design of the Tempe campus also fails to properly accommodate those with this condition. A shortage of comfortable places to rest on campus has sometimes forced him to lie on the ground just to cope with the pain.

Unlike many other students their freshman year, living on campus was never a viable option for Sarratt. He feels the ban deprived him of the hallmark “campus experience” he could’ve received in the dorms.

Instead, Sarratt spent two hours commuting to class, felt like he couldn’t participate in any clubs and felt isolated from much of the campus community.

Even though cannabis is legal for medicinal use in a majority of states, it’s federally categorized among the DEA’s most high-risk substances: Schedule I drugs.

Medical marijuana research has identified clear health benefits for those with cancer, chronic pain, HIV/AIDS and multiple sclerosis, but the DEA still lumps the plant in with more harmful substances, like heroin.

Drugs proven to be more addictive, like cocaine, methamphetamine and fentanyl, are classified below marijuana on the Schedule II list. 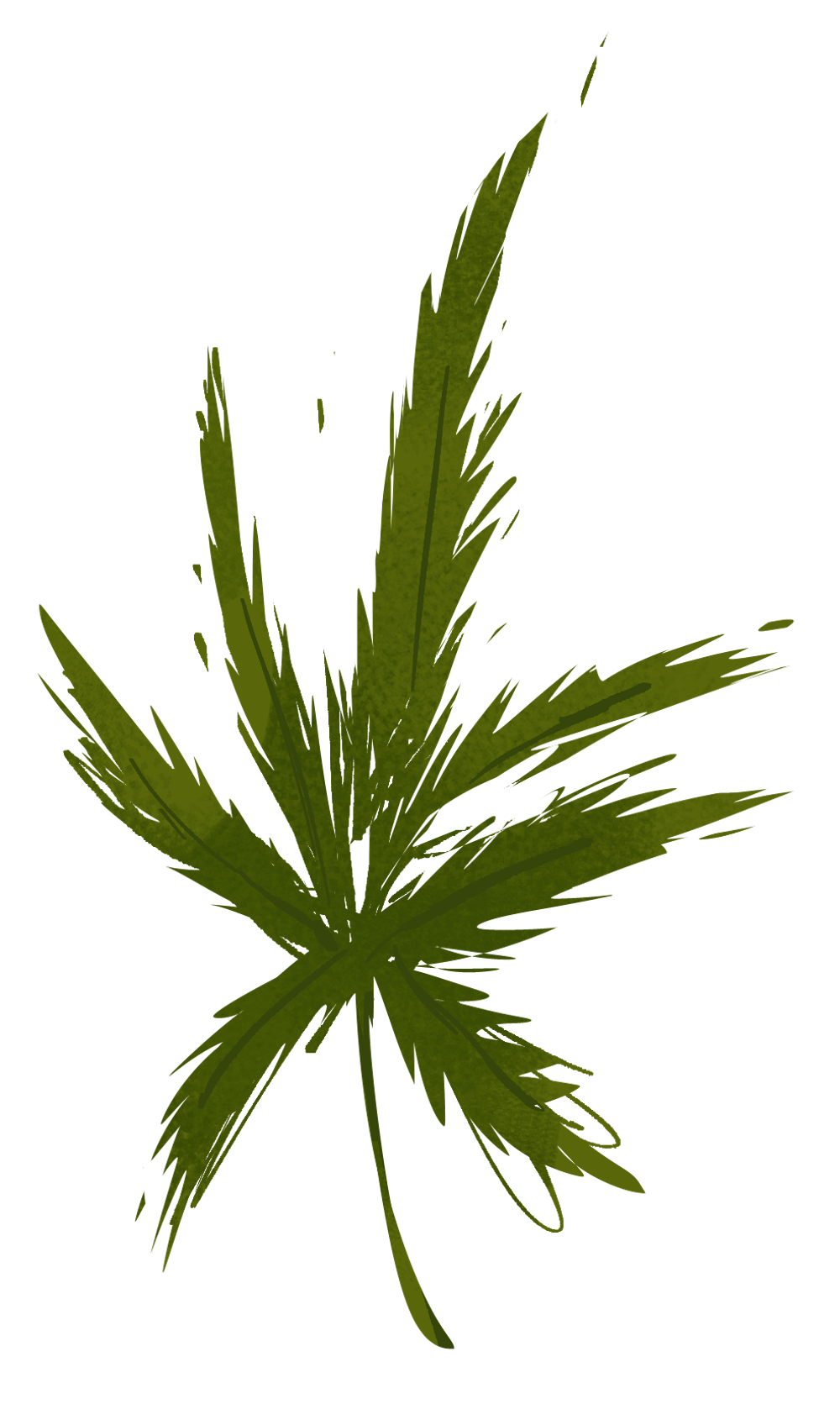 Last year, the Centers for Disease Control and Prevention reported nearly 150,000 Americans died from cocaine, fentanyl, methamphetamine and prescription drug overdoses. There’s never been a reported fatal marijuana overdose, according to CDC data. Despite this, the DEA still considers cannabis to have a higher risk of abuse.

Amid a nationwide opioid epidemic, cannabis is emerging as a popular alternative to potentially fatal and more costly prescription pain relief for medical card-holders like Sarratt. Despite this, federal drug policy and University messaging have mischaracterized the drug as a highly dangerous substance, said Vanessa Grifford, leader of Students for Sensible Drug Policy’s ASU West chapter.

“A lot of people automatically assume, ‘Well, marijuana is illegal, therefore, it must be bad, or it must be unsafe, or there’s a reason the government won’t let us have it,’” she said.

Students for Sensible Drug Policy is a nationwide nonprofit advocacy organization composed of high school and college students. Grifford said SSDP’s mission is to craft drug policy centered around human rights, rather than the hysteria and paranoia that has historically driven cannabis laws in the country.

In contrast with SSDP’s approach, Grifford and Sarratt said the Live Well @ ASU posters posted around campus provide a one-sided view of cannabis use. Plastered on the neon yellow posters are warnings that cannabis use may compromise memory, impair learning skills, result in psychotic episodes and even lead to a lower grade point average.

“You know what else makes me tired and not remember things? When all I can think about is chronic pain,” Sarratt said.

Live Well @ ASU’s cannabis campaigns reflect the University’s current position on on-campus marijuana use, Gonzalez said in an email statement. However, Grifford and Sarratt criticized University messaging for failing to acknowledge that millions of people use cannabis as a valid form of health treatment.

“The way that they go about it is so vilifying that it makes me feel like they’re not having compassion for the people that this impacts,” Sarratt said.

To medical cardholders like him, marijuana isn’t the insidious gateway drug that propaganda films like "Reefer Madness" depict as “public enemy number one.” Stereotypes depicting cannabis users as idle, unmotivated slackers with little to contribute to society predate the sensationalized propaganda of the war on drugs era, and they continue to impede productive conversation around appropriate drug policy today, Grifford said.

“These are people who are doing their best to get through with the medical conditions they’re suffering from,” she said. “As a school, ASU shouldn’t be going out of their way to punish them for doing that.”

Moving forward, Maura Priest, an ASU assistant professor in the department of philosophy in the School of Historical, Philosophical, and Religious Studies and bioethicist, stressed the importance of shifting the conversation surrounding medical marijuana and drug policy to ethics, rather than outdated stereotypes that only stigmatize users.

“It is the job of a university to present both sides of the story dispassionately,” she said. “It’s the right thing to do.”

While the University does have the power to control its messaging around cannabis, the federal laws that dictate its medical marijuana policies are completely out of its jurisdiction.

But as general attitudes toward the drug have shifted and stigmas have been beaten down, slow grassroots changes in medical marijuana policy may be working, said Jon Udell, the acting co-director of the Arizona National Organization for the Reform of Marijuana Laws.

“There’s a lot of pessimism about the responsiveness of our political system,” Udell said. “That really doesn’t conform to what I see in reality.”

Ever since its creation nearly 35 years ago, the DFSCA has never been amended. On campus, Sarratt regularly passes by posters condemning the drug he knows he’ll take the second he gets home. Given this history, he said he doesn’t waste his time hoping that much will change soon.

The global war on drugs began over 50 years ago, but struggles like Sarratt’s are a reminder that it’s still an ongoing fight. 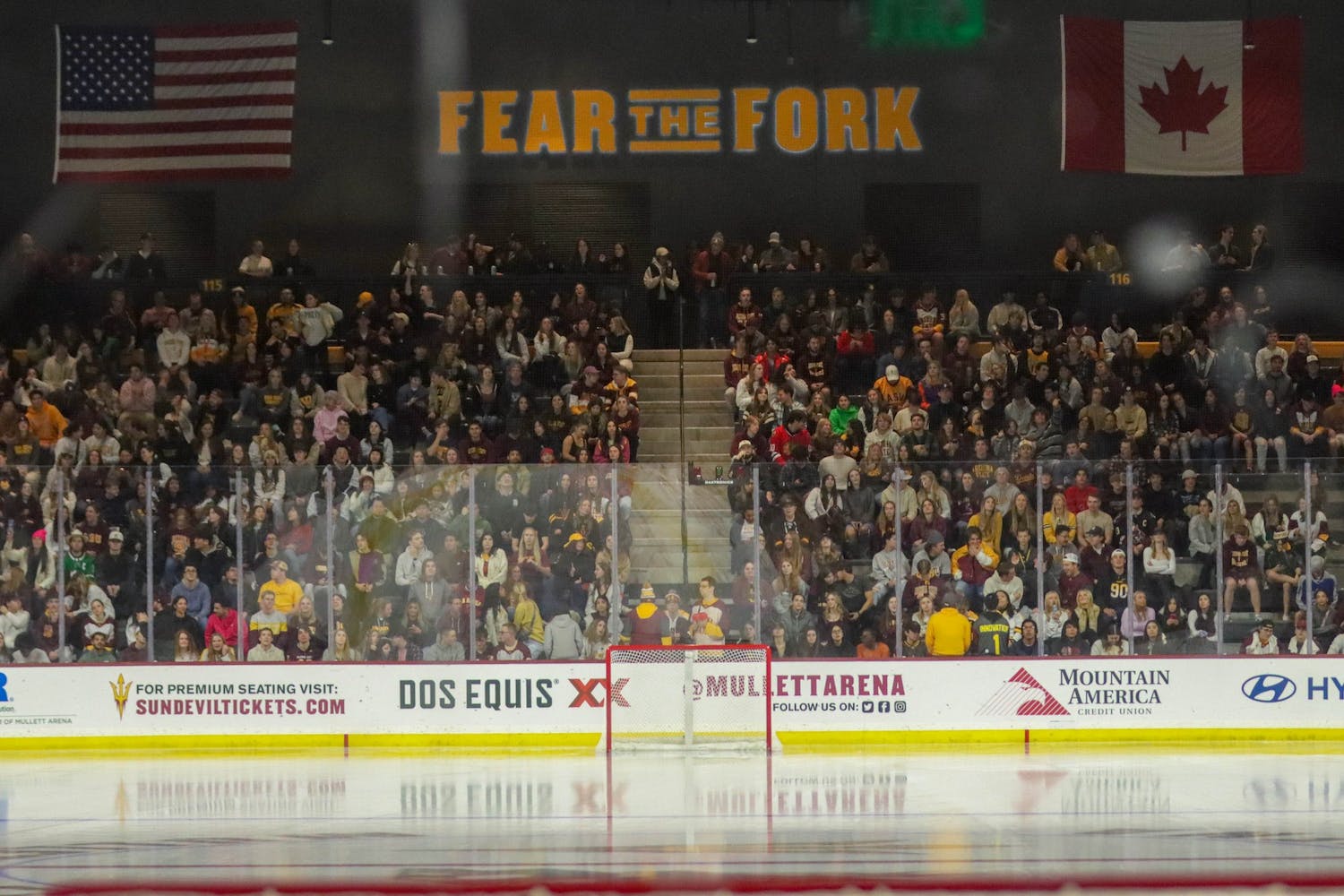 'The heart of ASU': Student section always in full force at hockey