ASU took the top spot as best party school in the nation, according to a ranking done by Playboy magazine.

The magazine complied the top 25 schools based on more than 1,500 e-mail votes.

"We looked for interesting stories and schools that had the most write-ins," said Playboy spokesperson, Theresa Hennessey.

ASU president Michael Crow said he was watching TV when saw the ranking on the news Wednesday night.

"I thought it was a joke," Crow said. "I don't think the ranking is very significant."

"It was all in good fun," Prato said of the rankings. "We had been getting e-mails from a bunch of college students who wanted to know where their school ranks, so we decided to put together an updated list."

The party school ranking was the first conducted by Playboy magazine in 15 years.

In 1987, California State University-Chico ranked number one; ASU made the number 13 spot.

Prato said the pornographic video, "Shane's World #29: Frat Row Scavenger Hunt 3," filmed at ASU approximately one year ago did not contribute to the rankings.

"This article has been in the making for the past three months," Prato said.

According to a statement released by ASU, this is a ranking "no one should take seriously," and the University is a "serious academic institution, as indicated by the quality of research we do, our faculty, and our students."

The statement also pointed out that ASU is "one of the nation's leaders for enrolling National Merit Scholars."

"But it's true," Englert said. "You can go anywhere and find a party."

ASU alumnus Steve Kushnir graduated in 1998 with a justice studies degree, and said ASU has improved its image since the late '80s.

"It isn't much of a party school due to the downfall of many fraternities and a decrease in bar business because of the smoking ban," Kushnir said.

Clinical lab science freshmen Dafney Ortega said she didn't choose to go to school because of the party school reputation.

"I think it's a pretty fair ranking," Ortega said. "But I don't really go to parties often."

The ranking was released less than two weeks after the 2003 Princeton Review rankings did not show ASU as a party school.

"I know it used to be," Schuler said. "But I think there are a lot more freshmen here now and not as many upperclassmen who are 21 and can go out and drink."

Reach the reporter at meagan.pollnow@asu.edu.

Andrew Bernick contributed to this story. 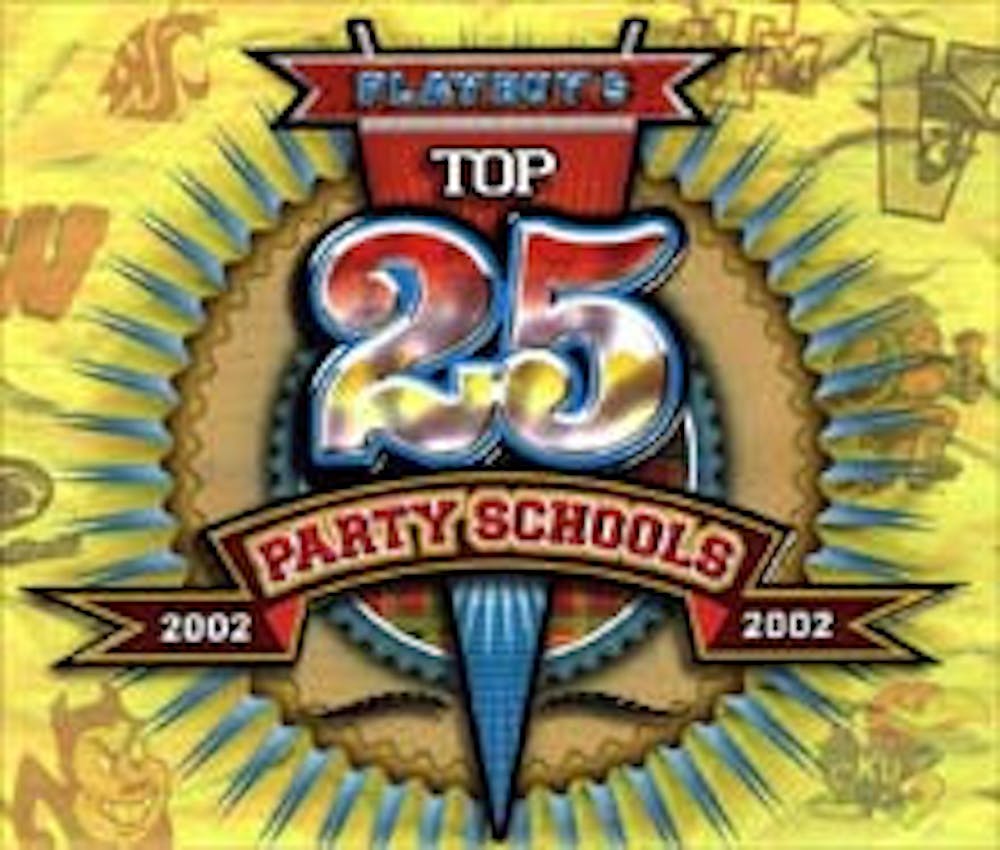