A behind-the-scenes look at graduation festivities

Design studies sophomore Thomas Ochoa popped his head into the hallway and asked volunteers, "How do I look?" as he shifted his graduation cap and gown.

Though he's walked at the head of lines of graduating seniors three times, he's still two years away from his own graduation.

Ochoa is what the school's graduation coordinator calls a "pace car" — he leads the line of graduating students each convocation to ensure they don't exit the stage too early or head the wrong way.

Ochoa is one of hundreds of volunteers that work behind the scenes to make ASU's massive graduation, convocation and commencement ceremonies run smoothly.

This May, thousands of ASU students donned maroon caps and gowns and shifted their tassels left in ceremonies across campus, becoming the University's newest alumni.

The term graduation refers to smaller ceremonies organized by concentration areas within each school, and convocation is the ceremony conducted by the entire school. Both are preceded by a University-wide commencement ceremony.

Commencement at ASU brings more than 2,000 students and their friends and family to Wells Fargo Arena each spring, said Melissa Werner, director of University ceremonies.

The only events on campus with higher attendance than ASU's commencement ceremony are the football games, she said.

Each convocation and graduation is different for each school, said Werner, who has organized commencement for the past 10 years.

"[Commencement] has been huge in the last four years, with everything growing," she said. "Everything gets bigger every semester."

While Werner has never dealt with an unruly streaker, she said that one year a confused faculty member led his colleagues, with banners in the air, past the stage and continued up and out of Wells Fargo Arena.

The school utilizes four ASU linguists in its graduation ceremony to ensure that each name is read correctly.

One of them, Peter Lafford, e-mails all the students on his list of names to read and asks them to call him with the right pronunciation.

Some ceremonies are geared toward minority groups on campus, such as Hispanic convocation and the Indian Legal Program graduation.

All students specializing in Indian law have the opportunity to participate in the graduation ceremony and receive a colorful, tribal-themed Pendleton blanket donated by David Montiel from the Salt River Pima reservation.

Kate Rosier, who organizes the ceremony, said the event may take anywhere from an hour and a half to three hours because students and family are encouraged to stand and give thanks and congratulations.

Paula Miller, director of the Mary Lou Fulton College of Education, made some changes to the school's convocation this spring to avoid chaos, she said.

Miller had all volunteers who coordinate and organize students don the black robes that faculty members typically wear at graduation.

There is a certain amount of "crowd psychology" at commencement and convocation ceremonies, Werner said. Graduates tend to just follow the person at the front of the line, she said.

Reach the reporter at: deanna.dent@asu.edu. 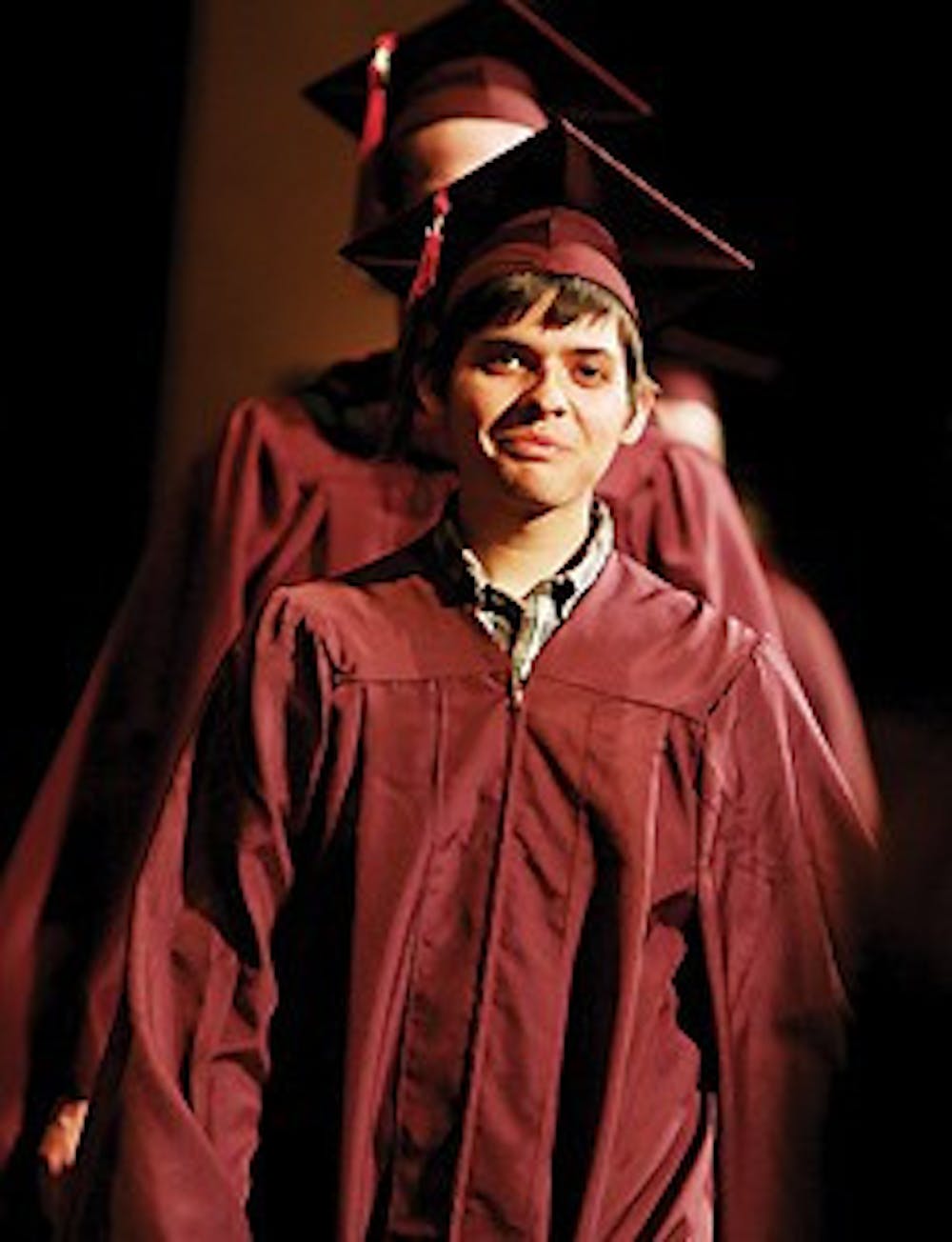