Dance is a language spoken with the body. It can be understood regardless of spoken dialect.

“That’s what I want to be able to bring to the people who can’t speak English in school, if you put people in a room and start moving that becomes the language,” says dance senior Emily Alvarez.

Alvarez and fellow dance senior Alli Dodt traveled to Brazil this past summer with their project COMPADRES. The project is all about social engagement in the community through art, something they set out to find in Brazil and bring back to the states.

Dodt and Alvarez formed the project COMPADRES for the purpose of bringing different communities and cultures together through dance and other artistic platforms.

“We came up with this idea to create international relationships based on art,” Dodt says.

The idea that dance and movement are a universal form of communication is what the two set out to solidify when they traveled to Brazil this past summer.

“I asked them to develop a proposal and pitch it to the class. It continued to develop over the semester and when they told me they wanted to go somewhere I thought, ‘Well, how about Brazil’,” Pegge Vissicaro, dance professor and Director of the Office for Global Dance Research and Creative Partnerships, says.

COMPADRES and Brazil became a yearlong project for the two who spent countless hours cultivating their intent into something plausible.

“We wanted to make it something that was more than just a summer vacation,” Alvarez says.

Vissicaro was able to connect the girls with the Brazilian contemporary ballet company, Cia Sansacrona.

“They seemed like the perfect match for us, they were all about bringing awareness to the community and social justice…which was a big thing for us,” Alvarez says. “It was all about engagement.”

In Brazil, Dodt and Alvarez were able to stay with the dance company for part of their trip. They had the opportunity to follow the daily routine of Cia Sansacrona and see what it’s like to be an artist in Brazil.

“They don’t take their movement for granted which was a big takeaway for us…being in the school of dance for so long you lose sight of the fact that it is a gift. They never lost sight of that,” Dodt says.

The dancers were able to take classes with the company, as well as teach. They had the opportunity to sit in on Cia Sansacrona’s rehearsals for their upcoming "spectacular."

Although Dodt and Alvarez had their hearts set on this project and the mission behind it, there was some understandable doubt that maybe their hopes for Brazil weren’t realistic with their demanding schedules.

“The hardest part was establishing communication. My husband was dragged into this because he was the main Portuguese speaker. It was a little bit of a roller coaster for them. I think there were times of doubt and also encouragement,” Vissicaro says.

“There was a day we decided we weren’t going, we were just going to tell Pegge it wasn’t going to workout…but then we heard from the artistic director of Cia Sansacrona and it was back on,” Alvarez says.

After establishing connection in Brazil, their next step was coming up with the means to get there.

Dodt and Alvarez used Indiegogo, an international crowd-funding website, to raise $4,300 for their trip.

“We made a list of all the costs we were going to need for us to go and we were like, ‘Oh yeah we can totally make that happen,’…We were just so oblivious,” Alvarez says.

Without knowing exactly how much hard work it was going to take, the dancers were ultimately able to pull off their funds for Brazil, which included a grant from Changemaker Central for being the ‘Solution of the Month.'

Changemaker Central aims to: “Cultivate a culture that tackles local and global challenges through collaboration, innovation and diverse approaches to problem-solving,” according to changemaker.asu.edu.

This mission is exactly what the two set out to accomplish in Brazil and afterward, bring back to the states and community of Phoenix.

“I just want to advocate that the interdisciplinary collaborations need to happen, that was a big part of our project,” Alvarez says.

The ultimate goal for COMPADRES was to bring the experience back and work with kids in the Phoenix area whose first language isn’t necessarily English.

The two would like to work with a group of kids and be able to share what they have learned about themselves and the community, through movement and how that is different from learning by verbal communication.

For Allie Dodt, COMPADRES is about breaking boundaries and self-restrictions. Photo by Jessie Wardarski

“Culture only develops differently but the people are still the same, they just have different approaches,” Alvarez says.

The three pillars of COMPADRES are to promote expression, advocate art and discover place, and correlating these with the ambitions and goals in Brazil and with Cia Sansacrona.

“Quality of life is such a different concept, here in America we have such a miniscule opportunity to live the life, but in Brazil they look at life as the opportunity,” Dodt says.

After the first week, Dodt and Alvarez took on the community of the Brazilian city, São Paulo, where they stayed in a hostel for the last three weeks of their trip.

“Before we left, we just wanted to situate ourselves where we had to be an immigrant and be in an unfamiliar place,” Alvarez says.

With only "Portuguese 101" as their education in the Portuguese language, the two started communicating with the people of São Paulo in other forms.

“You are forced to communicate, it’s the only way to survive in this huge city. We had no idea what we were getting ourselves into in São Paulo,” Dodt says. “We got by with gestures, that is how we survived…through movement.”

The dancers had many takeaways from their experience and will continue engage in the community in the hopes of helping others on the journey to find their place, express art and promote themselves.

“The fact that humans are humans…I talk a lot about boundaries in my artistic work and how we set up these fake walls between people, and what that does is take away the overarching humanity of the planet,” Dodt says. “We are not as different as we feel and we are not as isolated as we feel.” 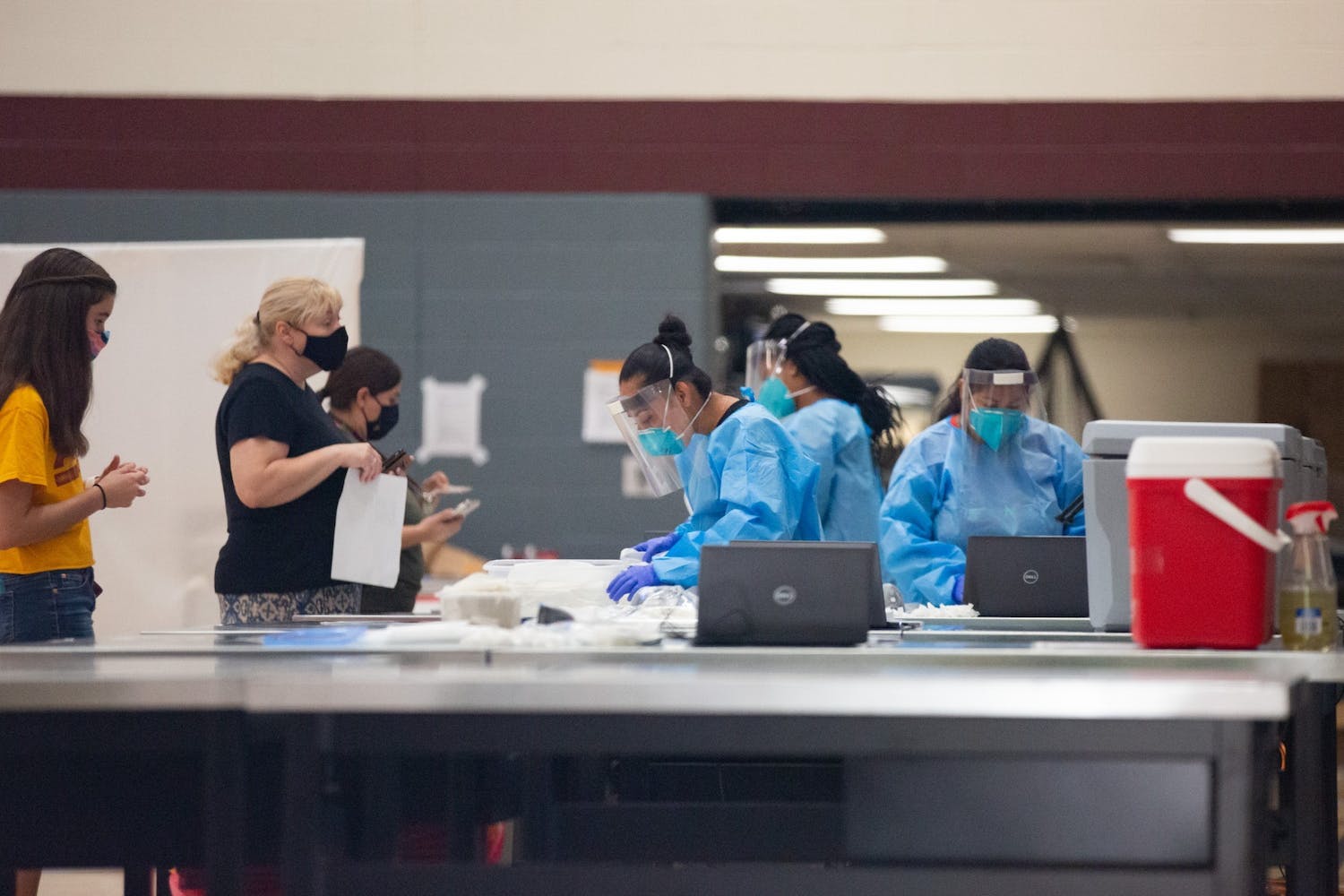