One of the heaviest rock bands to hit the music world this decade is barely even a band. U.K. group Royal Blood is only two people, Mike Kerr on bass and Ben Thatcher on drums. Yet, the band’s music is more explosive and sonically visceral than most of what is classified as “rock” today.

In light of their upcoming performance on Monday at the Marquee Theatre, Thatcher and I chatted about how to write a Royal Blood song, the rockstar lifestyle and how getting started in the U.K. is different than the U.S.

You just got done touring with Foo Fighters. How was the whole experience with them?

It was amazing. What any band would love to do is be on tour with them. We had such a great run with those guys. Every single member of their crew and the band were nothing but wonderful to us.

So what are you up to now? Are you working on new music? Are you touring? What’s next for Royal Blood?

We’re in the studio at home writing down a few ideas of some new stuff and then we’re back on the road in America with you.

How does a song form for Royal Blood?

Most drummers have to conduct a whole band and you only have one guy. Does that make your job easier or harder as a drummer?

Both. It gives me a run for my money. I haven’t got any rules to keep to as there is only one other person to listen to so things can go off on a tangent. But we like to keep things pretty simple together and work it out.

Jimmy Paige of Led Zeppelin has talked about your album as “taking the genre up a serious few notches” and called it “music of tremendous quality.” I’m guessing you’re a fan of his. What was it like the first time you heard this quote?

To hear that even now is unbelievable. To have someone that basically created the riff and is someone that is so inspirational to us is mind-boggling. That’s one mind saying something, giving out his perspective. We’ve got a lot of other people to prove ourselves to I guess.

Are you speaking about America with that? How is it breaking into America versus playing in the U.K.?

The U.K. happened quite quickly for us. It’s a small place, so it’s easy to get around in a week. But America is so much bigger and you have to spend a lot of time there and the radio works differently out there and all kinds of things are different. But we love spending our time in America and we’re slowly getting around the place and playing to as many people as possible.

You have these tasteful rockers like Dave Grohl and the Foo Fighters and Jimmy Paige talking up your music. Yet, here in Arizona, they have your music playing on the radio alongside bands like Avenged Sevenfold and Korn. How do you feel about that?

That’s funny because that’s kind of the old school rock that I kind of used to listen to growing up. To be a in a bucket with them, it’s funny. It’s kind of the thing that my 16-year-old self would’ve absolutely loved.

So were you jamming a bunch of metal back in the day when you first started playing drums?

I was jamming everything, punk rock, metal. Even funk, like Chili Pepper covers. Everything, pop.

So do you take influence from pop and use that for your brand of rock and roll?

Definitely. The best pop bands are the ones that write the best songs. It’s pop for a reason. I think that taking things from the Beatles and any chart music, there’s definitely something there. To put that into your own perspective and do that yourself is a neat thing.

Were you and Mike friends in high school and form the band or did it happen later?

We’ve been friends for going on 12 years now and we’ve been in bands together and separately. Being in a band together was nothing new to us. Just us two was new. We’ve got good chemistry. We love writing songs together and we love being challenged by each other and making it as big as possible as just the two of us. It’s been great fun.

Was there a moment when you looked at each other and said, “Wow, we can actually do this for a living. Let’s go for it?”

Not really. It’s been very gradual for us. We’ve been very lucky to be in the position that we are now, being able to do this for a living. We’re very thrilled and very lucky.

With the new music coming out, are there any changes to the original style that you are exploring? What can we expect as listeners of the album?

We’ve only just started writing it so I can’t really give too much anyway. We don’t really know ourselves. We’ve been getting on with writing songs and enjoying that process but there’s not an album ready to go yet.

Tell me more about your songwriting process. Do you create songs through endless jams with Mike or do you already have the song written before you enter the studio?

I don’t think there’s a formula to writing a song. I think we’ve tried loads of different ways and all the songs come from different places, but they definitely come together in that room where we’re just jamming and being creative and coming up with new bits from the mistakes.

So what kind of mistakes are you learning from?

All of them. All of the mistakes are on the album.

Hasn’t someone said the mistakes are the best part of music?

Of course. They make it real and in a strange way, make it very unique and creative.

How is the rockstar lifestyle? Has it been treating well and do you enjoy it?

We love it. It’s very different to what I’d imagine going on in the ‘80s, but it’s still rock and roll and we’re still having a lot of fun.

What’s the craziest thing you’ve put on your rider?

Our rider is pretty modest. We’ll have a bottle of champagne on it, only because we believe in making champagne the occasion, not waiting for an occasion for champagne.

So you’re not liquor type of guys?

BT: We definitely are.

When you’re not living it up on the road, how do you wind down on tour?

There’s times where you find some of the crew watching True Detective or Homeland on the bus. That’s kind of the wind down. If they’re not doing that, you’ll get someone throwing Jagermeister all over their face. 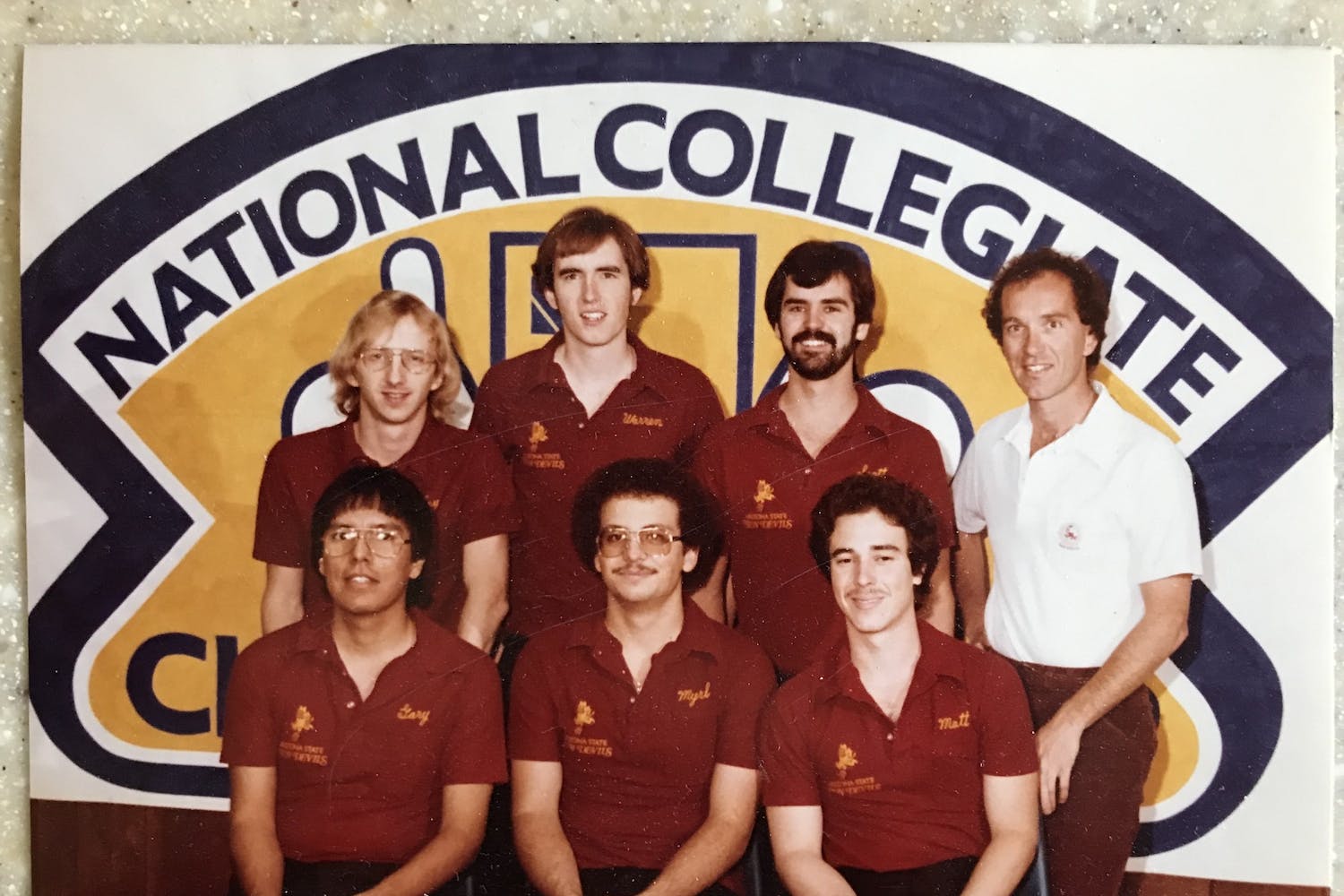 The forgotten ones: The story of the 1981 ASU bowling team