Although some students don't pay much attention to football season, this week offers events that students may attend to ring in celebrating the arrival of the homecoming game on Saturday. Joel McHale, a comedian that students may recognize from "Community" or "The Soup," gave students a reason to laugh on Monday in the Wells Fargo Arena.

The sold out show put on by ASU's Programming and Activities Board was a success. Although all reservations were out, seats were still empty, not quite showing a sold out crowed. However, everyone who attended stayed loyal from beginning to end, each enjoying the sets before them.

No one knew who the opening act for McHale was until close to an hour before students were allowed in. Although no one seemed to know Jak Knight at first, he did justice as an opener to the crowd. Monday night was his first time performing at a college. He touched on a lot of social issues in between sex jokes such as the Baltimore police brutality to rape culture. This was his first time performing at a college and will travel to wherever McHale goes next.

Knight told The State Press that someone has to say something when it comes to social topics.

"I think political correctness ruins art, I love art," Knight said. "I was hoping not to get in trouble. I think I got my message across and I was trying to be f---ing funny."

Once McHale took the stage, the crowd went crazy. He started off by greeting the crowd as wildcats.

"Wildcat is a really dumb name for a mascot, let me tell you," McHale said. "I know a wildcat is an actual thing but the guy that named a wildcat was like 'Ugh that's a cat, crazy right? Crazy cat.' Have you seen what a wild cat looks like? It looks like a house cat. Then you guys are Sun Devils, really great name." 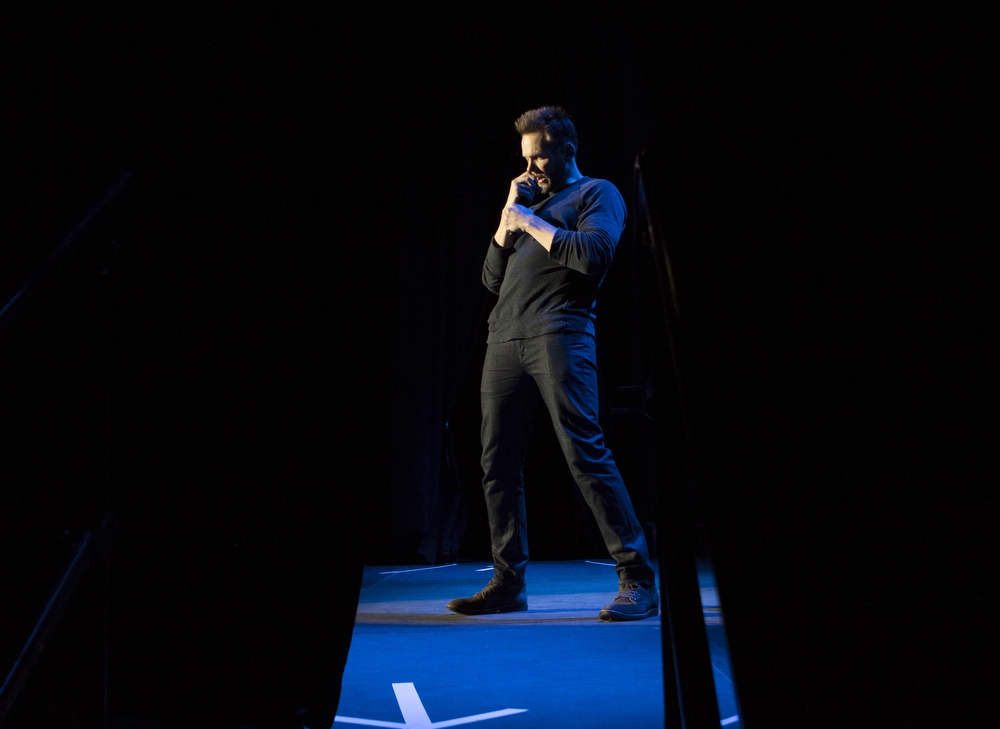 McHale told students if they wanted to make money was to drop out and join the many shows looking either for Big Foot or ghosts. McHale's jokes about his experience parenting his two sons seemed to be the crowd's favorite as they brought more laughter than those before.

To finish off his set he gave Knight some kudos for his opening act. He went on to say that one time an opener thought it would be funny to make an Anne Frank joke to pass it on to McHale and everyone at the University of Southern California was upset. However, at the replay of this event, students were laughing hysterically.

Business law freshman Zia Potter said the show was better than she thought it was going to be.

"I laughed the whole time," Potter said. "I wish the opening act was longer. They were the same, but I wish they would have split the time between them because they were both really funny."

McHale and Knight surprised students after the show by taking photos and speaking with those eager and patient enough.