With intense training and a unique athleticism, pankration proves to be unlike other sports activities

While jabbing at punching bags, facing off with their trainers and pinning their partners down, students still feel a sense of community at ASU's American Pankration club.

With classes ranging from cardio boxing to grappling, students and clients learn a multitude of fighting and martial arts skills.

Some students train to compete in tournaments and competitions, but others attend to learn more about self-defense and to have a constant outlet for athleticism.

Although a number of their members have experience with fighting or have been on wrestling teams, no experience is required to join. According to senior club member Ryan Warling, a criminology and criminal justice major, the club is inclusive to all genders.

Warling also noted that many of the athletes join assuming it's another wrestling club. Pankration, however, is a little different from wrestling. It involves all powers fighting with a core in martial arts that teaches how to use every part of the body and how to defend oneself. 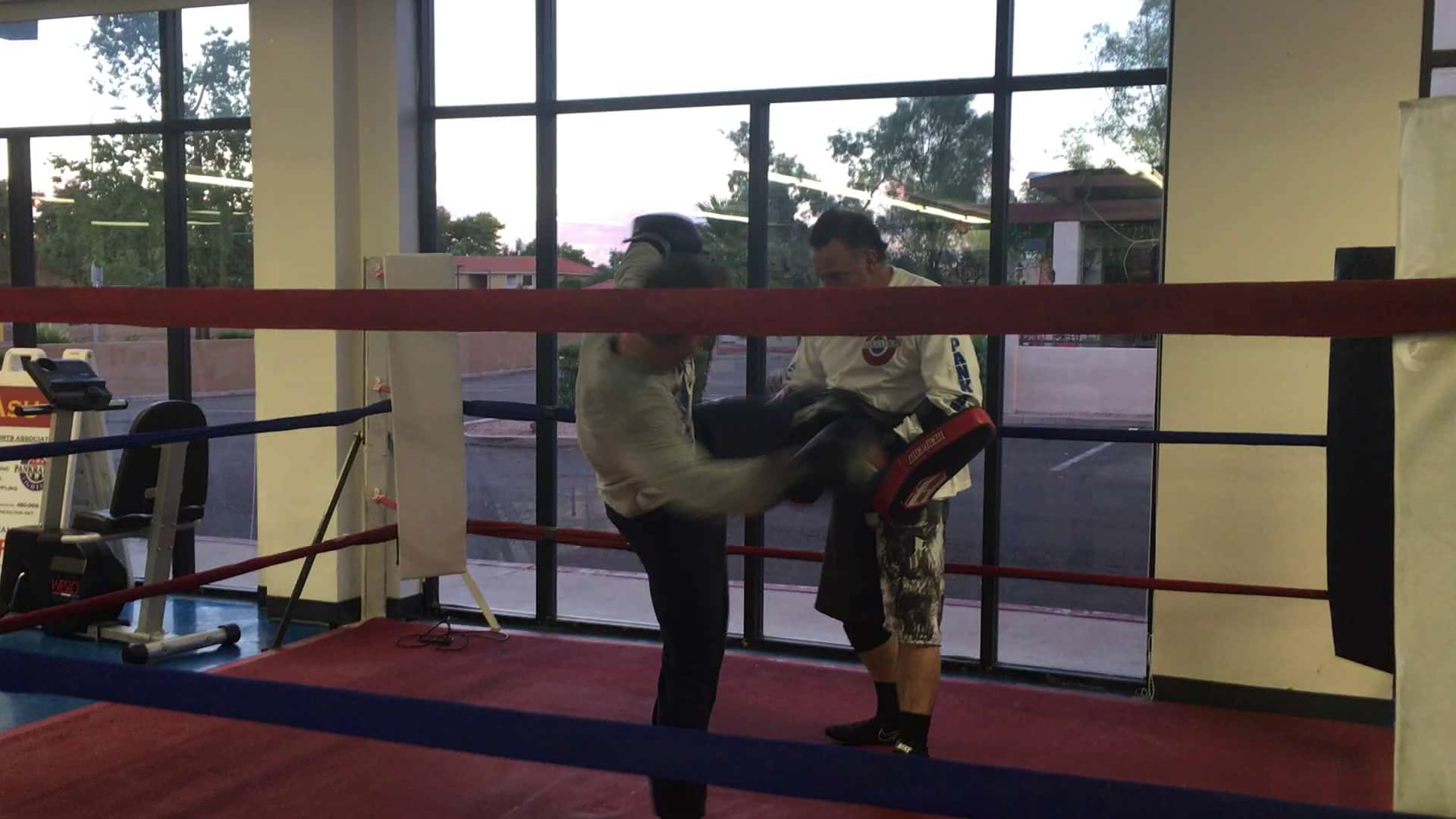 As a combative activity, the athletes have to pace themselves when taking classes and competing in fights due to a number of hard hits and extreme physical demands.

However, one of the members, interdisciplinary studies senior Jaxon Haddock, has Crohn’s disease and uses this club to benefit his health.

"I was pretty sick for a while, and then when I started training, it really helped me out," Haddock said. "I’ve always been interested in martial arts. I always had kind of a cursory interest watching it, but I never actually participated in it until my freshmen year of college.”

Established 26 years ago, ASU’s American Pankration club relocated to a new off-campus gym in early June for members on and off campus to strengthen their skills and their relationships with their fellow trainees and coaches.

This club also hosts guest coaches who push their students to work more diligently. Warling described the many motivated months members spend training as a transformation from a hobby to a lifestyle.

One day, the club brought in Olympic wrestling coach John Matthews to teach one of their wrestling classes. Bringing in the teachings of such coaches feeds the students' motivation even further.

Another coach the club has acquired is John “The Iceman” Adams, a 5-time World Champion. He shared some insight on the challenges and rewards of teaching students.

“The most challenging (thing) is just getting to trust people,” Adams said. “It’s trusting people to do what I say. When I say no soda after 6 (p.m.), I mean no soda after 6. And I guess the most rewarding thing is seeing the faces of people when they win fights, but, most of all, I like to see the shock on their face when they make progress.”

Warling discussed the brotherhood of the group as one of his favorite parts. Students spend hours taking classes and training in order to make such progress, and each member seeks to support the other in their aspirations.

“I really enjoy (that) it’s kind of like a second family,” Warling said. “You connect with someone on a different level when you bleed and cry and sweat together.”