Over the course of 28 hours, ten teams of ASU students raced to develop apps designed to fix problems that students at the University face every day as part of the first-ever 2016 Great Appathon.

“The idea was to have students send in student-centric ideas to make ASU a better place and showcase their innovative ideas,” Corinna Busciglio Kamilla, a communications specialist for the University of Technology Office, said. “They are working on the Modo Labs platform to bring their idea to life.”

ASU partnered with Modo Labs, the group behind the Devils on Campus app, to be a part of the first iteration of the competition, which took place over the weekend of Oct. 15 and 16, to allow students with no knowledge of coding to create a fully functioning app.

The apps were then judged by a panel of officials who score the apps on their uniqueness, ability to solve a problem and completion. The second place team received a check for $1,500, while the first place winners received $3,000 and a chance to win the $10,000 grand prize, competing against the winning apps from the other schools in the competition.

Congrats to both winning teams from ASU in the #ModoAppathon16. Now on to nationals pic.twitter.com/j8u6c0Zmz5

The demand among students to participate in ASU's branch of the competition surprised officials, and pointed to a strong interest in creating these apps.

"We had an overwhelming response from students, more than we thought we would,” Busciglio Kamilla said. “And we got some really great ideas.”

Students were able to construct complex apps to flesh out these ideas as a result of the simple program interface.

“The software is pretty easy to use, and our app (came) along pretty well," said Hailey Stevens, a senior business major who participated in the event.

Participants were given only a 90 minute tutorial video for the Modo Labs software before they were given the task to design an app that solved a problem that wasn’t being addressed at ASU.

Stevens and her team designed an exchange where students could buy and sell used textbooks, avoiding the high prices found at the ASU bookstore.

Their app used an email software, a database for storing information about the books available and integrated with students' My ASU profile to find textbooks. However, even with all of these systems, the team was able to make the app functional in time for judging on Sunday.

“(There are some part) that are kind of hard to figure out,” Stevens said. “But they have support people, so we definitely have the resources available to help us if we need it.”

Officials were not sure about the response to the program and limited the 2016 event to 30 students.

However, the variety of innovative ideas within the small group selected is encouraging. 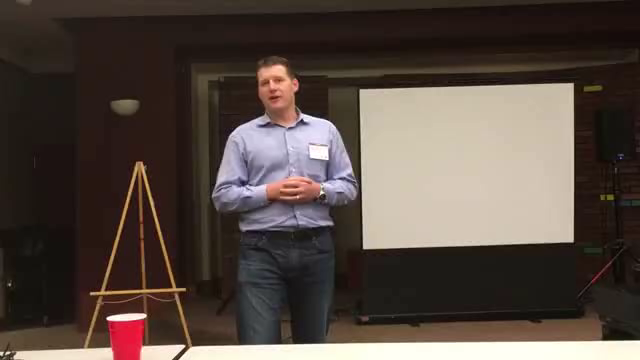 Officials from ASU and Modo Labs hope to use these ideas to improve the Devils on Campus app, incorporating the same functionality that the students helped create.

“We (got) some unique ideas from the students on campus,” said Ryan Clemens, director of information technology at the university of technology office. “We can potentially engage them and include those things that they did into the app.”

However, Clemens lamented the fact that the event was restricted, as it kept some innovations from being built.

"We had to narrow it down to a select few people, so there were some great ideas that we didn’t have the opportunity (to explore),” he said.

But officials from Modo Labs believe this is only the beginning, and ideas that were not brought to this event will have a chance in the future to be built.

“This is hopefully the beginning of a tradition, because we’re getting more and more requests,” said Ed Bellah, solutions engineer at Modo Labs. “We wanted to limit it for the first time because we didn’t know what would be involved. So this is pretty much the first round.”

Bellah hopes the next event will draw an even larger crowd, as word spreads about the ease of building apps.

“You can be a biology major, you can be an English major, and you can work with it pretty quickly,” he said. "You don’t need to know (any coding) at all.”