Year after year on the Downtown Phoenix campus, guys of all majors and backgrounds gather together to compete for the title of Mr. Taylor Place.

Participants in this year’s competition flaunted several outfits, answered controversial questions and performed their unique talents to win over the judges and the crowd for the title.

Once the two-hour pageant came to an end there was one man standing, Nicholas Badders, a sports journalism freshman.

Badders wouldn’t have even been in the pageant if it weren’t for his friends’ late-night peer pressure. He said it was a last minute decision, so last minute that he turned in his application at 11:57 p.m. the night the form was due.

Although his decision to participate may not have been completely planned, his talent was.

Even though Badders had prior experience in the act, that didn’t stop him from getting stage fright.

“I was very nervous standing in the back. I didn’t pee my pants, but I was pretty damn close,” he said.

But as soon as the act started, he was all focus.

“Once I got up on stage, I felt like I was doing it in my bedroom.” Badders said.

Jimmy Arwood, a public policy junior and the 2015 Mr. Taylor Place, was a judge for this year's competition and said he couldn’t believe Badders was able to perform his talent so well.

“I kept thinking to myself, how in the world did he memorize all of that?” Arwood said.

Arwood said he believes Badders’ talent is what pushed him past the other contestants. Though his talent caught the judges’ eyes, it was his dedication that won them over.

“I think that just goes to show that when he wanted something, he went for it,” Arwood said. “He put in the dedication and effort, so it was awesome to see him get that victory.”

Savannah Troha, a sports journalism freshman and one of Badders' close friends, said outside of the pageant that Badders is an even better person.

“He just has so much compassion and care for everyone around, it’s mind blowing,” she said.

Badders said throughout his life, he has had trouble fitting in, so college wasn't the easiest initial transition.

“There have been a lot of times in my life where I haven’t had people there for me, and it’s an awful feeling,” he said.

Although high school wasn't always easy for him, Badders said his family softened his tough experiences.

“High school was definitely really rough from so many different aspects, and they were always super supportive,” Badders said.

Badders said he is glad high school is over with and has moved on to college, where he has been able to meet some amazing people. One of those people being Troha, who said she can’t figure out why people never took the time to realize just how amazing Badders is.

“He is so genuine and so kind and so compassionate,” she said. “Everyone deserves a Nick.”

While his authenticity and compassion have made him plenty of new friends here at ASU, they never won him awards or competitions throughout his life.

Even without having won much in the past, Badders said he believed his final answers are what ultimately led the judges to award him with his first real competitive win. 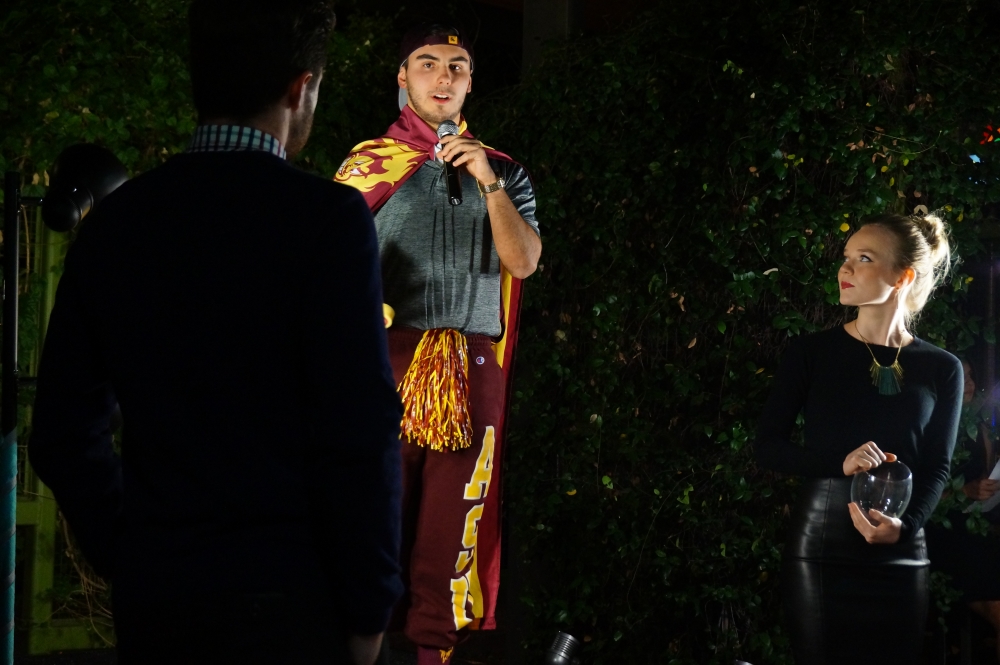 For the final question, Badders was asked what he believed in and why.

“Had I tried to be someone I wasn’t, I wouldn’t have won,” he said. “It really is a testament to that fact that being yourself works best.”