Over the course of many years, one ASU student traveled to Antarctica, another ASU student provided care for the homeless population in downtown Phoenix and an ASU faculty member helped developed a treatment for Ebola.

None of these could have happened easily without endowments or scholarships.

To continue and even accelerate similar accomplishments, ASU president Michael Crow has officially publicized Campaign ASU 2020, an effort to raise $1.5 billion toward funding scholarships, research, labs and other projects.

Connor Wetzel-Brown, a senior biology student, said the only reason he had the ability to attend ASU was because of the New American Scholarship.

“I’m a first-generation college student,” he said. “My family, we don’t have a lot of money, but I’m here.”

Wetzel-Brown said the total scholarship of $8,000 per semester gave him the chance to go out-of-state.

“I just think that a university is a truer form of how college works,” he said. “I think you have more fun and you discover who you are.”

Wetzel-Brown also said more scholarships could encourage older generations to come back to school for a higher education.

When Wetzel-Brown attended ASU, he was able to go to Antarctica for eight and a half weeks to do biogeochemical research with Becky Ball, an ASU faculty member.

Because he was awarded a scholarship through the National Science Foundation, Wetzel-Brown said he was able to do biogeochemical research in Antarctica with Becky Ball, an ASU faculty member.

During his time in Antarctica, Wetzel-Brown said he and Ball studied how climate change was affecting the soil.

“It changed my life,” he said. “I did a bunch of field work. The whole area down there, it’s so interesting especially with such little human impact. It’s untouched by the human world.” 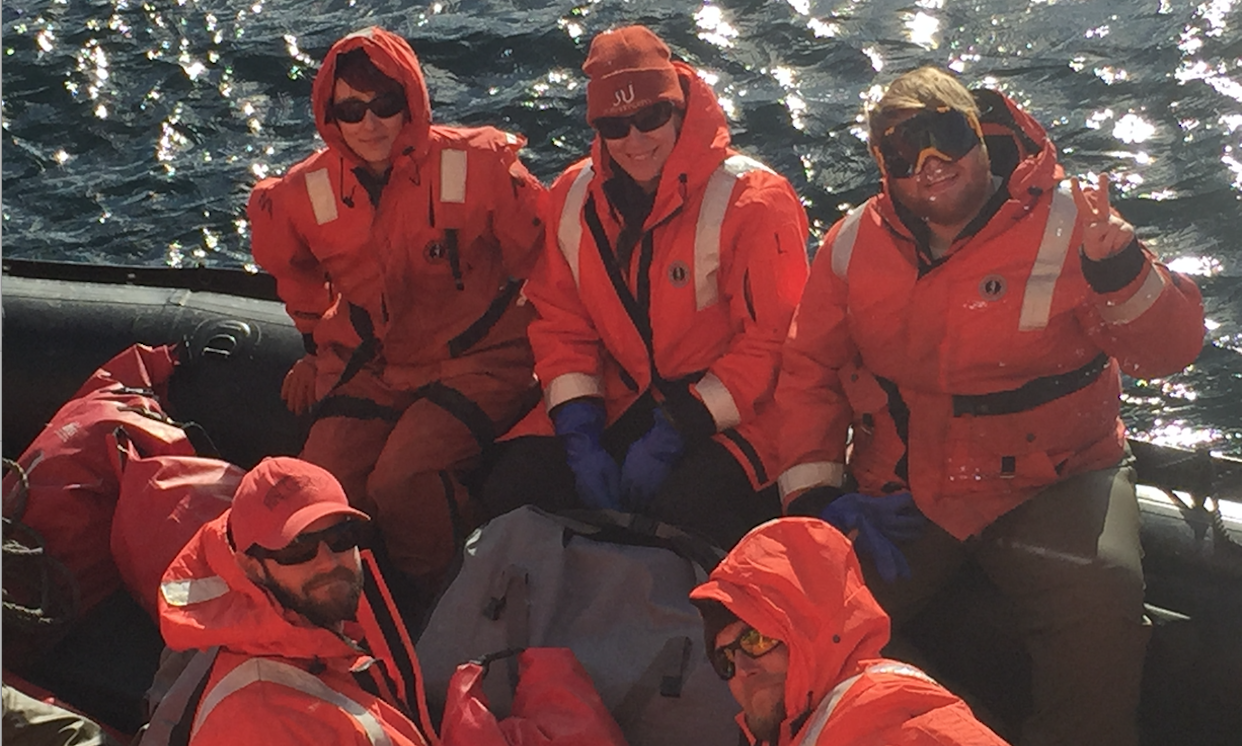 Charles Arntzen, a regents' professor and co-director for the Center for Infectious Diseases and Vaccinology, said he came to ASU from Cornell in 2000 because ASU offered him an endowed professorship which guaranteed him funding each year for his research.

Arntzen said he started with exploratory research and hired students to help him, which led to full research intended to help prevent or treat diseases used by bioterrorists.

“At the time, Ebola was really off the radar for virtually everyone in the health community, but it was of much interest to the military because they knew that going back a number of years," he said. "The Russians had been working on Ebola as an aerosol agent, an air-transmitted bio warfare agent.”

Arntzen said one of the diseases he used to work on was the Ebola virus.

“In August of 2014 our experimental drug, which had started on the benchtop at ASU in 2002 ... was used and used successfully,” Arntzen said.

Arntzen also said Campaign ASU 2020 will increase funding for a number of different programs similar to his.

“They want to create 100 new endowed professorships which means bringing more leaders in research and in teaching,” he said. “Some of these will be in history or art or music or philosophy, but just having people who are absolute leaders in their field is essential for ASU.”

Arntzen said the campaign will continue ASU’s upward trajectory to being the top school in the country.

Mary Saxon, a sophomore global health student, is the Student Director of Operations at Student Health Outreach for Wellness clinic, which provides health care for homeless people in Phoenix.

Saxon said undergraduates are usually patient advocates, which means they can shadow professionals and be in the exam room while being an ally for the patient.

“It makes the patient more willing to talk to someone about their medical issues,” Saxon said. “They feel more comfortable.”

Saxon said the campaign will be better for the clinic’s outreach.

“We’re a relatively new clinic,” Saxon said. “This campaign has allowed us to spread our audience. People know about what we’re doing.”

She said one of her goals is to reduce the stigma of homelessness by sharing her experiences.

“It’s really an experience I couldn’t get elsewhere,” Saxon said. “I’m an undergrad, and I know how the clinic operates now. I see the ins and outs of the health care system. That’s an experience that oftentimes undergraduates are only able to shadow.”