Alumni celebrate their anniversary after a Sun Devil-themed wedding

From a "Fear the Fork" cake to a Sparky-filled reception — here's what an Arizona State-themed wedding looks like.

Arizona State University graduates, Austin and Samantha Gardner, love each other “to Tempe and back.”

The couple married on Mar. 26, 2016., and will soon celebrate their one-year anniversary.

Samantha was a student at the Herberger school when she met Austin, a W.P. Carey student, at ASU in 2009.

Both California natives, ASU drew the couple in with all the possibilities it offered. Eight years later and ASU is still very special to the Gardners. So special, in fact, that they made it the theme of their wedding.

Samantha said she first ran into Austin on campus near the Rural Road parking garage. Their first date was at Tempe Marketplace eating Pancheros and watching a double feature of Toy Story and Toy Story 2. The first time Austin held Samantha’s hand was at an ASU football game. They said Sun Devil Stadium is their favorite spot on campus “by far.”

“We love the energy and we love supporting the Sun Devils,” Samantha said.

The University had always meant a lot to the couple, so Samantha said it just made sense to incorporate it in their wedding. 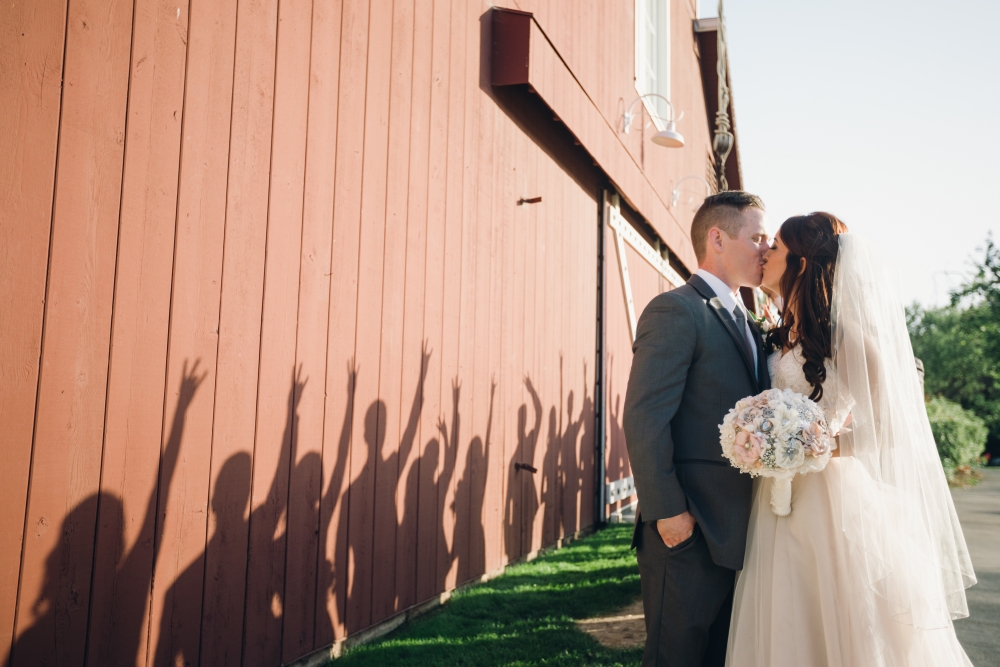 From their “Fear the Fork” wedding cake to Sparky running into their reception with rowdy rendition of ASU’s fight song — their wedding was practically covered in maroon and gold.

One of the Gardners' friends took one of the old Sparky mascot uniforms and ensured the Sun Devil mascot would make an appearance at the wedding.

Derek Gardner, Austin's twin brother and the best man, said the attendants' reactions when Sparky came out were the some of the best parts of the wedding.

Derek met Samantha the same night his brother did. They were at friend's party when Mary Ford, a friend from high school and a bridesmaid in the wedding, walked in with Samantha.

Derek said he was not surprised at all when he found out they were featuring ASU in their wedding.

“I think ASU is so important to them because they both love football and each have a ton of school spirit,” said Derek. “Both of them were very spirited even back in high school, always super involved. So once they got to ASU, it was just multiplied by the massiveness of the school."

Rebecca Hampton, Samantha’s sister and bridesmaid in the wedding, met Austin for the first time when she was still in high school.

“I didn't really have any doubts that Sammie would end up with him,” Hampton said. “They were so similar and their unconditional love for Tempe, Sparky, and ASU football made their relationship constantly exciting.”

Hampton was also not surprised by all the Arizona State decorations in the Gardner wedding.

“Their greatest love, besides each other, is Arizona State,” Hampton said.

They are back in Austin’s hometown of Orange County, where Austin works for his family’s business and Samantha is teaching at Laguna Beach High School.

Samantha and Austin are both involved with the Orange County Alumni Association, and Samantha is on the board as the Marketing and Communications Director.

“Treasure your time at ASU, and balance your studies with social time. You will miss having all of your friends so close when it's over,” Samantha said.