Get to know the Leonardi 2017 ticket, one of two tickets running in this year’s Undergraduate Student Government elections on the West campus. Attilio Leonardi, business data analytics sophomore, is running to be the USGW president, alongside vice president of policy candidate and global management sophomore, Daniel E. Rule, and vice president of services candidate and biology junior Paul Max Putnam. 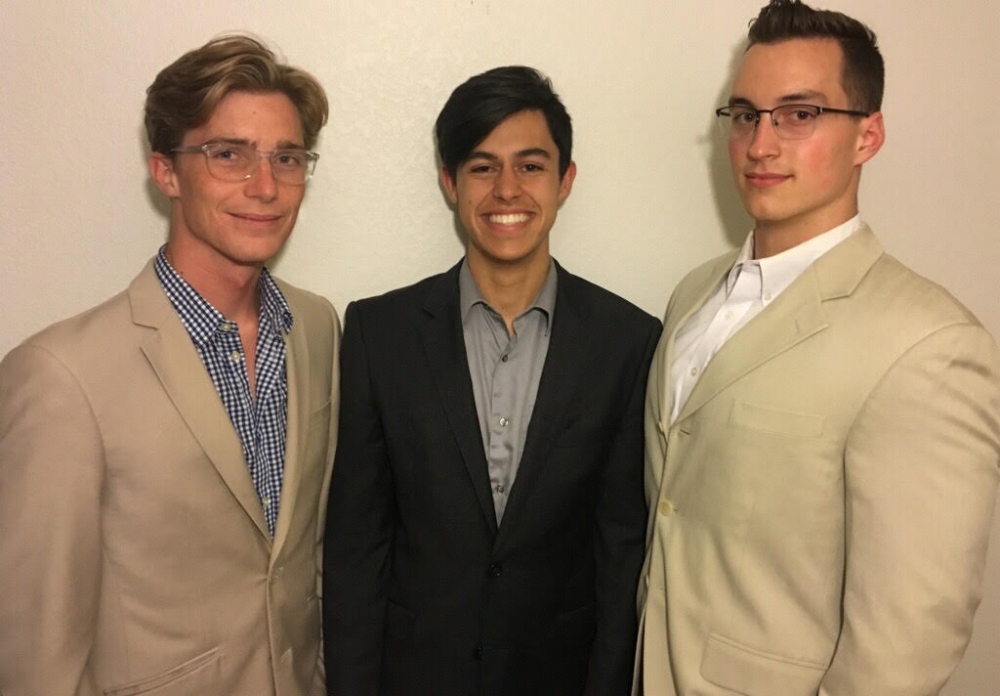 Attilio Leonardi: “First we will be trying to double the childcare subsidy at West campus. This will help students with children pay for daycare. West campus has a high percentage of adult students returning to college and want to help them cover their daycare costs. This will come out of PAB funding.”

Paul Max Putnam: “The childcare subsidy, we already have one on this campus but we would be increasing it to allow for daycare or childcare for children while (students are) in classes.”

“Thirdly, we will propose a research fund from the West campus. This money will come from a USG event spending cuts and a minimum cut of 75 percent to the PAB budget. We will also set a minimum budget for the marketing of events so that student engagement can be prioritized.”

Daniel E. Rule: “Our fund would be used so that a student worker would be hired to assist them in (forming) their grant proposal. We’re working on a course with the New College, which is exclusive to West campus, to modify a course called ‘Writing for the professions,’ which would be modified for STEM majors who are looking to write grant proposals in the future.”

Why are you qualified for the offices you seek?

AL: “As a business major, I feel that I will be able to take a more realistic approach to managing our finances here at the West campus.”

PMP: “I was a service missionary abroad for a year and a half, so I’ve done a lot of charity work in the past … So I guess I’m familiar with the service aspect of our platform.”

DR: “I’ve actually had quite a bit of contact with professors and administration … I’ve been in contact with all of these different offices in developing courses and talking to them about potential programs we would like to see on this campus, it’s like I’m on a first name basis with this people at this point.”

What motivates you to want to run for this office?

AL: “At West campus I grew accustomed to seeing huge events with nobody at them and I felt that USG could be doing a better job of allocating their budget.”

PMP: “We saw how the funds on West campus have been allocated, and they’re allocated in a way that it’s probably done in Tempe and these other campuses. The thing is it works over there on those campuses where students are more involved, it’s a different student body. We felt that it wasn’t a good platform for West campus.”

DR: “Well, we’re all best friends, there’s that. But as for the position I was motivated when I saw the budget.”