Pro-refugee advocates, immigrants and refugees told their stories and answered questions with students and faculty at the ASU west campus

Refugees, immigrants and crisis response advocates were able to share their stories on Thursday during a panel at ASU West campus. The panel focused on the state of the global refugee crisis, and how the U.S. administration is handling this issue.

The event, “Global Refugee Crisis: A Community and Student Forum on Refugees,” was hosted by Petrit Gashi, a graduate social justice major who came to the U.S. as a refugee from Kosovo in 1999.

The forum featured seven speakers who gave presentations about actual immigrant and refugee experiences, the recent U.S. executive orders on immigration and ways to get involved with pro-refugee efforts.

The speakers’ stories were told in light of the two recent travel bans ordered by President Donald Trump. The first travel ban, initiated in late January, called for the closing of U.S. borders to travelers from seven Muslim-majority countries. It was then struck down by the 9th U.S. Circuit Court of Appeals.

The second ban — which narrowed the scope of the order to six Muslim-majority countries — was also put on hold this week by a federal judges in Hawaii and Maryland.

Jessalynne Howard, a volunteer outreach coordinator with the International Rescue Committee in Phoenix — which works to provide relief and advocacy for refugees — said the recent travel bans have effected the morale among workers at the IRC.

“We’re feeling a lot of uncertainty around the office,” she said. “When the ban first came out, of course we were devastated. We were really devastated because at that point from about October to January we had already resettled about 560 refugees here in Phoenix.” 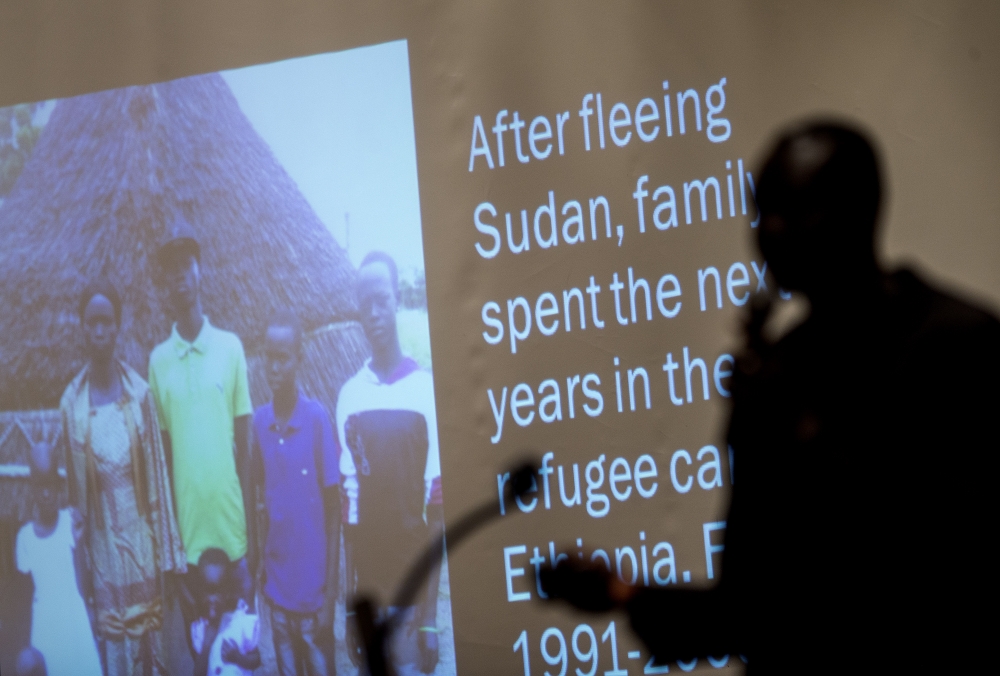 Howard said one of the main concerns from the IRC regarding refugees who have already resettled is the expiration date on their documents. She said under the new administration there’s a lot of uncertainty as to whether settled refugees might have to go through the vetting process again.

Honore Callingham, a Training and Interpretation Services coordinator for Refugee Focus, gave a presentation about what a refugee is, the refugee vetting process and the number of refugees taken in around the world.

Dr. Julie Erfani, an associate professor at the New College of Interdisciplinary Arts and Sciences at ASU, displayed a video where she said she took interns with her to Lesbos to work with resettlement agencies to provide relief to refugees.

Abdul Manfoukh, the president and CEO of U.S. United at ASU — an organization dedicated to integrating refugees into life in the US — said his father’s story of fleeing his country during a time of war closely mirrors what is happening to many of the refugees today.

Manfoukh said the students who attended the event clearly know that there is a problem concerning how refugees are treated, so swift action and advocacy should be the next step in solving the problem.

“All it takes is you students to lead and innovate and inspire,” he said. “So, I guess I’m here today just to show you that as (students) we can make a difference. And as a student, your voice is loud. And together, it can be amplified.”

Bandak Lul, a graduate social justice major, said he and his family fled Sudan because of a civil war. He spent 17 years in a refugee camp in Ethiopia from 1991 to 2009, where he said food was scarce and would arrive to the camp in shipments every 30 days.

“I said I wanted to get out of the refugee camp,” he said. “I wanted to go somewhere else and find education and maybe one day be somebody that I wanted to be when I was a kid.”

Despite initially experiencing prejudice and discrimination when he first came to the U.S., Lul said he ended up excelling in his high school years, and eventually got a full ride to Phoenix College with the help of his guardian, whom he called “Ms. Chavez.”

“These were the dreams that I dreamed of in the refugee camp,” he said. “This is what I wanted to come here for. I didn’t come here to harm anybody ... That is the story of almost every refugee — to come here, find new life and create a future for themselves.”