RISE at ASU hopes to enrich lives of refugee students

In light of the global refugee crisis, an on-campus group is working to make life easier for settled refugee children in the greater Phoenix area.

ASU’s Refugee Integration, Stability and Education (RISE) organization is a relatively new student group dedicated to enriching the academic and social lives of local refugee and underprivileged students, according to its OrgSync page.

The 30-plus member student group, which is partially funded by Tempe Undergraduate Student Government, the American Muslim Women’s Association of Arizona, and the Changemaker Central Community Action Woodside Grant, utilizes such support to foster a focused learning environment for children of a wide range of ages, RISE executive director Arhem Barkatullah said.

“We have kids that range from preschool all the way up until high school,” she said. “The way we structure our curriculum is that for the older kids we focus on homework help … and then supplementing their homework with our own curriculum. For the middle (school) kids and the younger kids, since they don’t have their own homework, we create lesson plans for them.”

The group is currently going through a recruitment period, and Barkatullah said educational competency isn’t the only thing RISE screens its tutor applicants for.

RISE director of mentorship Amir Khawaja said the group is working to focus on sharpening programs separate from what they offer to students.

“(Mentorship) is a new platform that RISE is trying to introduce in addition to the tutoring,” he said. “But that’s also just to kind of supplement all the academic material that we do, not only in the organization between the tutors but also outside, working with the tutors and the students themselves.”

RISE director of expansion Farhan Khera said his position calls for innovative ways to be found in which the group can grow.

“My primary goal over the course of the school year at this point has been to essentially find ways to scale the impact that RISE makes,” he said. “We have this structure to kind of scale our operation and so now we’ve been looking at other locations so we can help help more kids essentially.”

Khera said RISE is working to be unique from other refugee programs in terms of structure and function.

"I think the difference in RISE, and kind of what we’ve developed around is that we have a function and a channel through which we (support refugees), which is our tutoring,” he said. “We have been effectively growing that and expanding pretty strongly over the course of the past two to three years."

RISE director of curriculum Usamma Amjad said the group’s move to implement a mentorship program is indicative of RISE’s growth and mission.

“We’re really just trying to define our scope,” he said. “We want to focus on the education and then help with the integration and the stability by providing mentorship.”

Amjad said even though the daily curriculum he oversees is still in the works, the current system allows tutors to meaningfully interact with their students in both academic and informal, social ways.

“We’re trying to find a good balance for that — we want to make sure the parents are up-to-date and the kids are safe, obviously, that’s our first priority,” he said. “And we want to be making sure that we provide all our members and equal opportunity to become friends with these kids.” 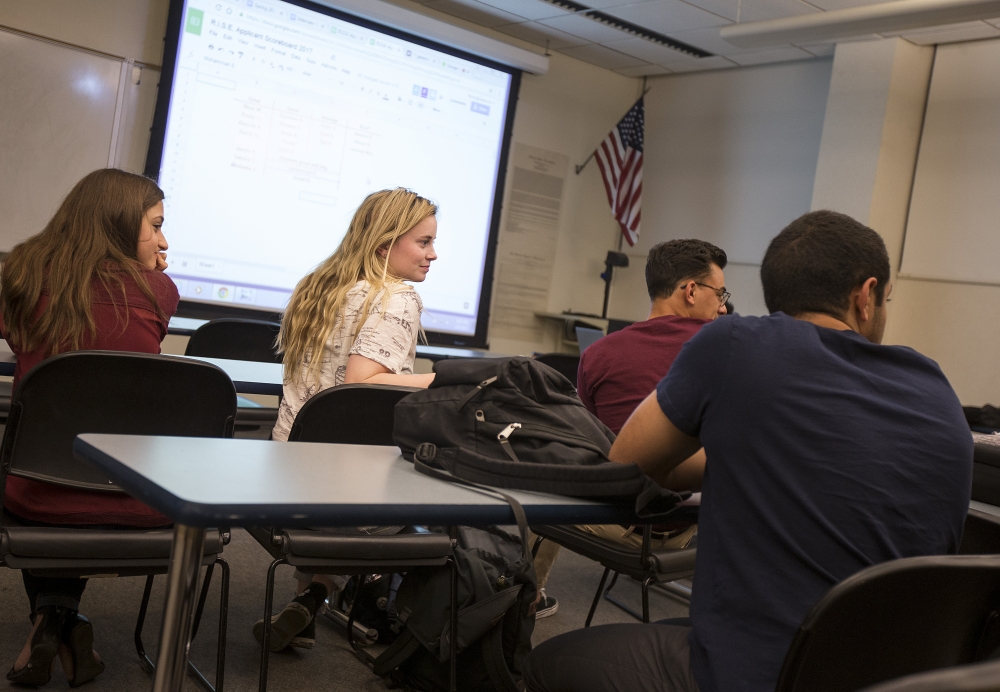 Amjad said he hopes to enact change for those struggling to adapt to new life in the states.

“My parents are immigrants,” he said. “I’m technically an immigrant, I wasn’t born here, so I didn’t have a huge amount of problems basically getting integration or stability while I was here, but I know my parents did to some extent, or I know other people who are kids of immigrants who did to some extent. I just don’t think anybody should have to deal with that, especially here.”

Editor's note: Amir Khawaja works as a data analyst at The State Press. He was not involved in the production of this article.