How can the U.S. State Department began any new initiatives while being so depleted?

The U.S. State Department is America’s connection the outside world, an architect of diplomatic missions and initiatives that our culture and values with that of the nearly 200 other sovereign states.

But how can the State Department ever fulfill any of these needs if it is without its own top leadership?

We here at ASU have a very international outlook — on our , there are student organizations for students from all across the world, from the desert of the United Arab Emirates to the mountains of Nepal and the forests of Romania.

And according to a 2015 Open Doors Report on International Education Exchange, it ranks fourth overall college for number of international students.

According to the Washington Post and Partnership for Public Service, of the 119 fillable key executive positions in the Department of State, only three positions have been filled since the beginning of President Donald Trump's presidency.

Meanwhile, the vast majority (110 of 119 or 92 percent) of State Department positions languish with not even an official nomination yet from the Trump Administration.

These include several important posts, such as Deputy Secretary of State, Legal Adviser and Chief financial officer among several other important spots in the State Department hierarchy. 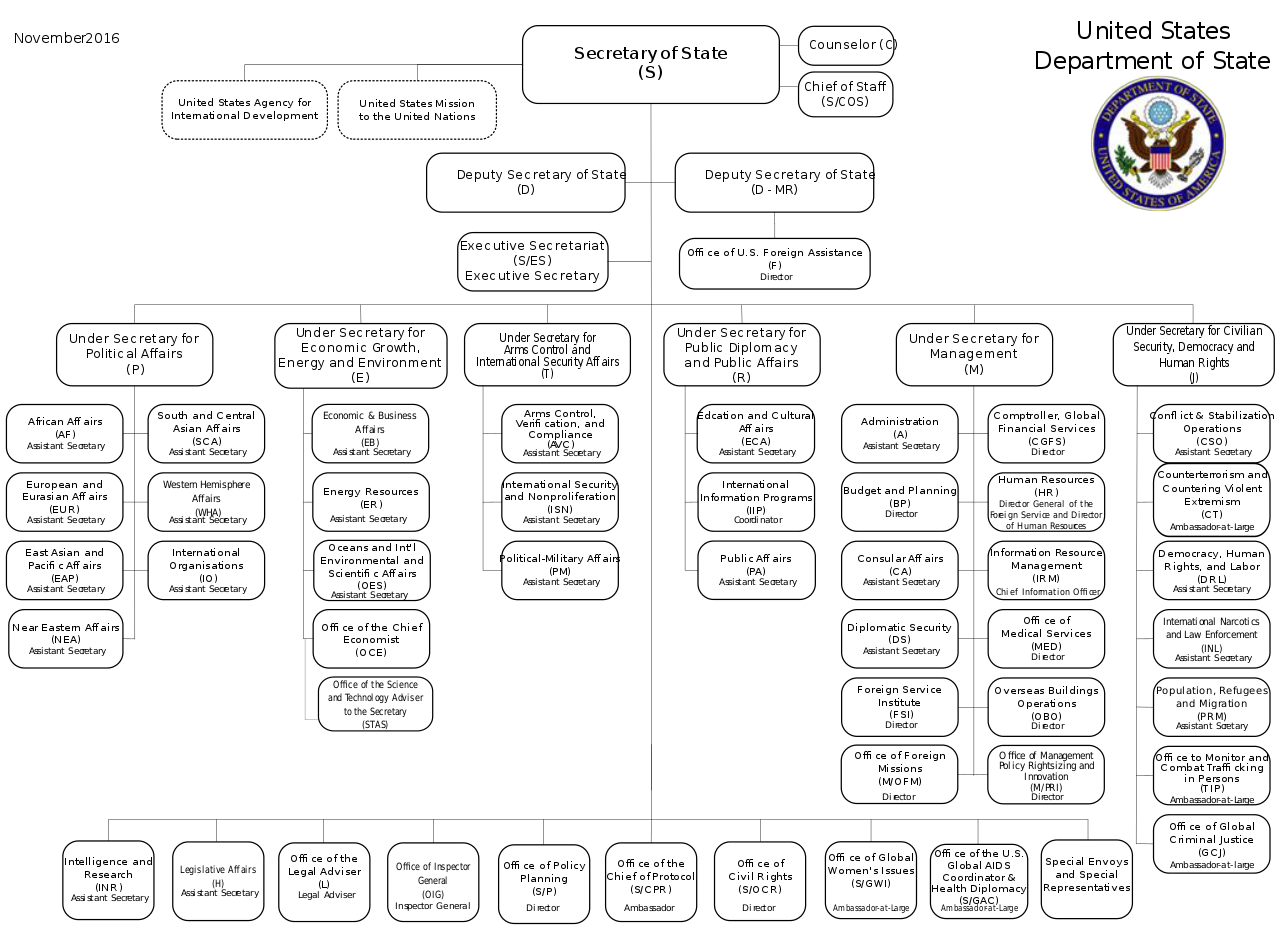 To be clear, Trump’s future nominees to these positions will likely not be individuals that I particularly agree with in terms of foreign policy ideology.

The few who have been confirmed have implemented policies or said things that I disagree with, such as Sec. Rex Tillerson’s decision to lift human rights conditions for sales of arms to the Gulf Arab nation of Bahrain or Israeli Ambassador David Friedman’s statement that Jews who support a two-state solution with the Palestinians were “worse than kapos.”

But I also have a firm belief in democracy and government: For better or worse, under our current system (popular vote be damned), Donald Trump was democratically elected by the American people to serve a four-year term, and thus nominate several important positions of government prescribed in the Constitution.

The nearly 63 million people who voted for President Trump deserve to have their voices heard in every sector of government.

Additionally, foreign policy can be a non-ideological field, especially when it comes to humanitarian issues.

For example, the Bush Administration’s President's Emergency Plan for AIDS Relief was credited by former Sec. of State John Kerry with supporting more than five million people with treatment in 2013.

John B. Bellinger III served in several government posts, but his most notable role was as the legal advisor the Department of State in the Bush Administration from April 2005 to the beginning of the Obama  in 2009.

According to Bellinger, the job of the legal advisor is to act as general counsel to the S Department, as well as the senior lawyer for the U.S. government.

Although the position deals with several important matters, like several other positions in the Trump Administration state department, the position is currently without an official nominee.

“The Trump Administration has been very slow in making presidential appointments all across the U.S. Government,” Bellinger said. “But it's been particularly slow at the State Department.”

Bellinger said that one of the reasons why there were so few nominees was that the Trump Administration refused to hire many foreign policy experts who had signed anti-Trump letters during the presidential campaign one of which was drafted by Bellinger himself.

"The Trump White House has not wanted, apparently, to appoint any of those officials to positions in the administration,” Bellinger said. “So that's meant that it's been a much smaller pool to draw from.”

I believe in diplomacy and the Department of State as a force good the world.

As someone working for an international relations certificate, I am proud that ASU will feature its stamp on that letter of . But when it comes to foreign policy and the State Department, I will not be proud of my President until his administration gets some new degrees hanging in the offices.