'Out of Time' exhibition examines complexities of time

The Harry Wood Gallery will be hosting the Society for Literature, Science, and the Arts exhibit “Out of Time," which features art from ASU students and professors, until Dec. 1.

Thematically, the “Out of Time” exhibit “deal(s) with the topic of ‘deep time’ and the complexities of living within multiple human and nonhuman temporalities,” according to its website.

The title of the exhibit is quite literally meant to show that humans are running out of time in a number of ways.

“This is evident in the visible geological strata of our desert environment, simultaneously inhospitable to a dense human population yet the locus of our urban center,” the exhibit landing page said. “Humans dwell amid an array of commensurate and incommensurate temporalities: geological, biological, technological and financial.”

Each artist featured examined temporality through a subjective lens and from there produced radically different pieces.

David Tinapple, associate professor at the School of Arts, Media and Engineering, one of the exhibition’s curators and a participating artist, said “Out of Time” took about a year to prepare.

Tinapple’s piece in the exhibit used software he wrote that extracts temporal patterns from video footage. He said natural phenomena look especially good when run through this software, and he used it to show the patterns developed in ocean waves over time.

“(The software) isn’t a destructive process; it’s just re-framing the video so the temporal aspects of the video are horizontal,” he said. “So, it still looks organic, but it’s totally foreign.”

For artist Brad Necyk, a doctoral student at the University of Alberta, his piece in the show was inspired by his work with head and neck cancer patients.

“When the diagnosis event happens, this rupture in temporality occurs in relation to the identity you had before it,” Necyk said. “You become really fractured. All of a sudden you have cancer, you’re a cancer patient and you’re undergoing treatment. It’s an identity shift.”

Senior business student Nolan Tondreau happened upon "Out of Time" by chance. The intriguing exhibition title as well as the crowd outside drew him in, he said.

“Time is something we as humans are so concerned with, but it's generally only thought of linearly," Tondreau said. "This exhibit does a good job of putting on display the polarity of the ephemeral human existence and our pursuit to not be forgotten by time." 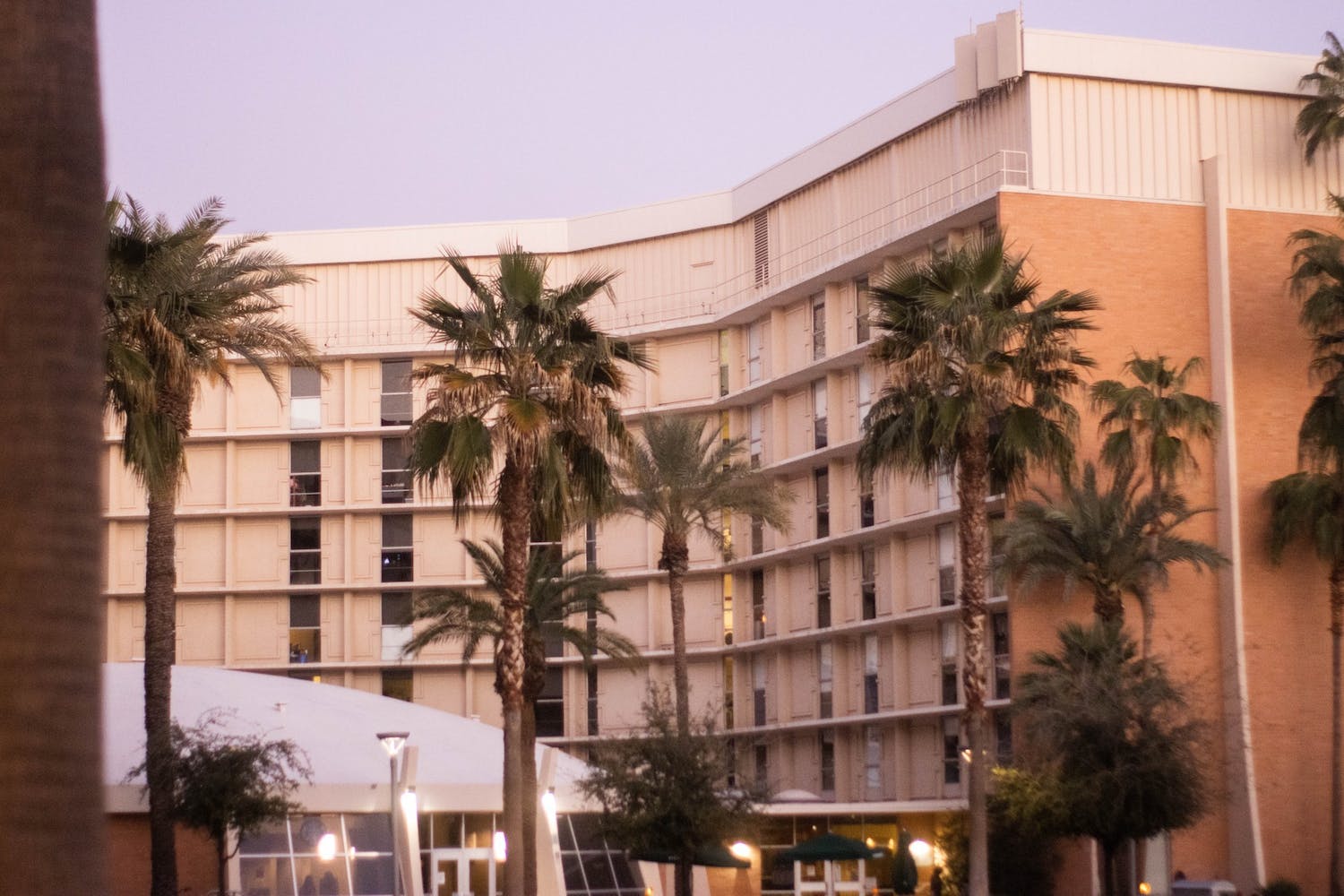