Tra Holder's struggles in his transition to collegiate game

From the time senior guard Tra Holder first picked up a basketball to his stardom at the Brentwood School, it’s all led him to these final games, just a month until the Big Dance, and just 141 days until the NBA draft.

Holder's entire career has naturally pinned him against big time moments. The Sun Devils are 16-5 with a chance to put a cherry on top of what started as a historic season, but will Holder show up?

A glimmer of stardom

Down two, with less than three seconds left in a Palm Springs basketball tournament championship game, head coach of Brentwood School Ryan Bailey said he knew exactly who gave them the best chance to win.

"I draw up a play to get Tra catching with the ball on the move," Bailey said. "The team let him get two dribbles, and get to the three-point line, and Tra raised up and knocked it down with no time left on the clock.”

For anyone else, that play would have been the defining moment of their high school career. Except, Holder isn’t just “anyone else,” he was the guy known for stepping up in big-time moments.

“He had that knack for when the lights came on, and you needed him the most – that’s when he was at his best,” Bailey said.

After Holder’s first season under Bailey, he took on another challenge and stopped playing AAU (Amateur Athletic Union) basketball – an organization dedicated to developing athletes, typically during the offseason of their sport.

Bailey was critical of the decision. 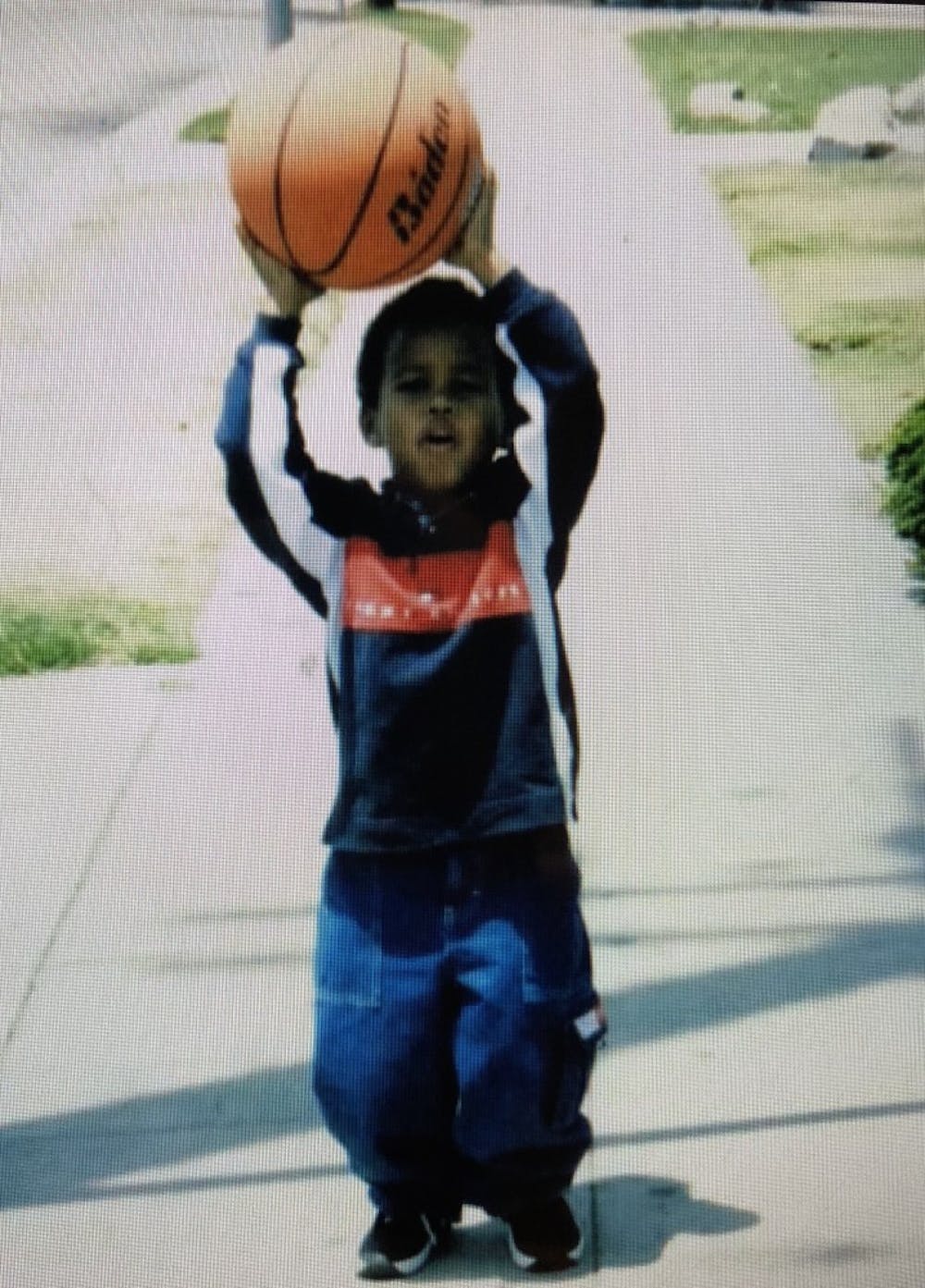 “You better come back a completely different player than you were when you left it,” Bailey told Holder. “You can’t just disappear and then come back with the same skills or the same level as you were.”

Holder came back from an offseason with no AAU and led his high school team to a championship appearance his junior year. Brentwood fell short of the win, but Holder’s game was at its highest level.

Charee Audigier, Holder's mother, put him in youth sports with a different intention.

“His father and I put him in everything that related to sports because we know that it helps the social aspect of it being a team player, learning how to follow rules and instructions,” Audigier said. “We were looking from that aspect as parents, and then when he tried (baseball, basketball and football) eventually we could tell he just loved basketball."

His rise to high school success was soon followed by the unfortunate reality of playing at the collegiate level.

Four years on varsity were only enough to solidify a role off the bench.

Holder found time on the floor in 14 of his first 16 games of the 2014-15 season at ASU. With that being said, he was only on the court for 30 minutes or more in two of those games.

“Sometimes I would have heart-to-heart conversations with Tra,” Audigier said. “I’d say, ‘if you’re putting your best foot forward and being the best player you can be, then he’s not going to bench you. So you really need to ask yourself Tra, what is it that you can do so that you don’t give him an opportunity to bench you?''”

Within a moment’s notice, it all changed, and Holder spent at least half an hour on the court in 12 of the team’s final 16 games.

“I’m super proud of him. I feel like that he’s shown that he can overcome any challenges that are thrown his way,” Audigier said. “For me, just watching him not giving up and continuing to work and continue to work toward his goal, it means more than anything, because I know that I instill some good values in who he is.”

Fast forward to Holder’s senior year, and he’s one of the most dominant guards Sun Devil fans have had the pleasure of rooting for.

This season is giving Holder the opportunity he’s been longing for.

"My first step is to reach the tournament ... and then hopefully go to the NBA,” Holder said.

Interview with Tra Holder following victory over Colorado from The State Press on Vimeo.

In his final year as a Sun Devil, Holder has evidently returned to his days of high school dominance.

“I feel weird if I don’t play basketball,” Holder said. “Like when we have a day off, I feel like I’m rushing to get the day over with cause it feels weird if I don’t shoot a ball. Basketball has always been a part of me and my life.”

With an average of 19.3 points and five rebounds per game, he’s hammered down his role as leader, but the team has hit a wall as of late.

“We know we can beat anyone when we’re at our best,” Holder said. “We’re not afraid of whoever we play.”

Those who know Holder see his back is up against the wall with the future of his senior season in question. But with more than a handful of games left, remember one thing.

"When the lights came on, and you needed him the most, that’s when he was at his best,” Bailey said.