Facilities Development and Management is spearheading the projects across ASU

The cracking of a crane, a pathway turned into a wooden bridge and disrupted routines all signify that ASU construction is back underway.

Development at ASU always brings growing pains, yet despite these disruptions students and faculty recognize the bright future the new project brings for students.

The ASU Facilities and Development Management team spearheads the construction projects on all of the campuses. Right now the FDM is focused on managing a growing student population across all campuses.

Its current projects include the Hayden Library Reinvention, maintenance and future projects, such as the Thunderbird School of Management.

Bruce Nevel, FDM associate vice president, is one of the major leaders in carrying out these construction projects. He manages ASU's groundworkers and utilities.

FDM currently has multiple projects progressing into the construction phase on the Downtown Phoenix campus, the Tempe campus and a satellite building.

“We temporarily moved (Thunderbird School of Global Management) program into the Arizona Center, and so they're there now and that’s going well. Their classrooms and office spaces are occupying three floors of the Arizona Center,” Nevel said.

The Thunderbird School is the main school involved with FDM construction right now.

“(We’re) in the beginning of the process of building the new building that's going to go right next to the law school, and they are just wrapping up what’s called the programming phase,” Nevel said.

The building is essentially about to enter the design phase and focus on discovering what mechanical and electrical systems and what else is needed. 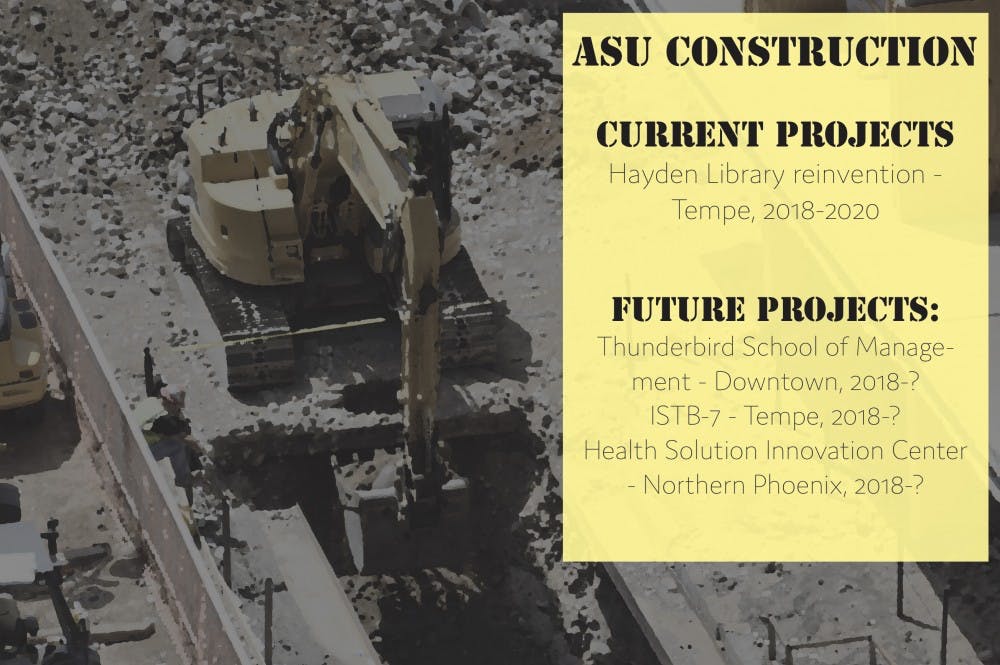 One of the current projects is a new Interdisciplinary Science & Technology Building, ISTB-7, on the Tempe campus and is in the design phase of planning. The start of construction date and the completion date are soon to be determined.

Also in the design phase is the Health Solutions Innovation Center, known as HSIC internally, coming to a satellite campus next to the Mayo Clinic in Northern Phoenix.

Nevel said he is “satisfied with the trend” that the construction projects are currently following.

ASU is about to achieve five Leadership in Energy and Environmental Design platinum awards for environmental sustainability in its buildings, and the recent Biodesign C building was recognized as project of the year by Engineering News Record.

The ASU public construction website reveals the cost of any project currently ongoing at any of the campuses. Nevel said he focuses on life-cycle cost analysis, which is designed to avoid wasting money on a “gold-plated” building and instead focus on the ideal systems.

For example, Nevel and his team must decide whether to buy a more expensive maintenance system up front which will save cost later, or buying a cheaper system.

While construction obstacles naturally arise, Nevel handles those to the best of his ability.

“It’s a necessary evil, and I'm the first to complain when you're driving down the highway, and you go down to a single lane because they're doing paving,” Nevel said. “It’s an inconvenience, but then when they're done you really like the new roadway.”

For Nikolas Matuzak, a senior studying anthropology, construction has been a constant his four years at ASU and the Hayden Library Reinvention is just the latest addition.

“It just depends on the location of the construction, because if it’s a central area like the library then that could be an issue because there’s a lot of traffic going through here," Matuzak said.

Madison Younger, a senior studying conservation biology, also has been dealing with the Hayden project construction.

“I’m just lazy (when) I’ve got to walk around it or it’ll slow traffic down," Younger said. "It just slows everything down, but it will be good in the long run."

Nevel said FDM aims to avoid being bothersome, whether that's pursuing a project in the summer or pushing off loud work until low-traffic times at night. 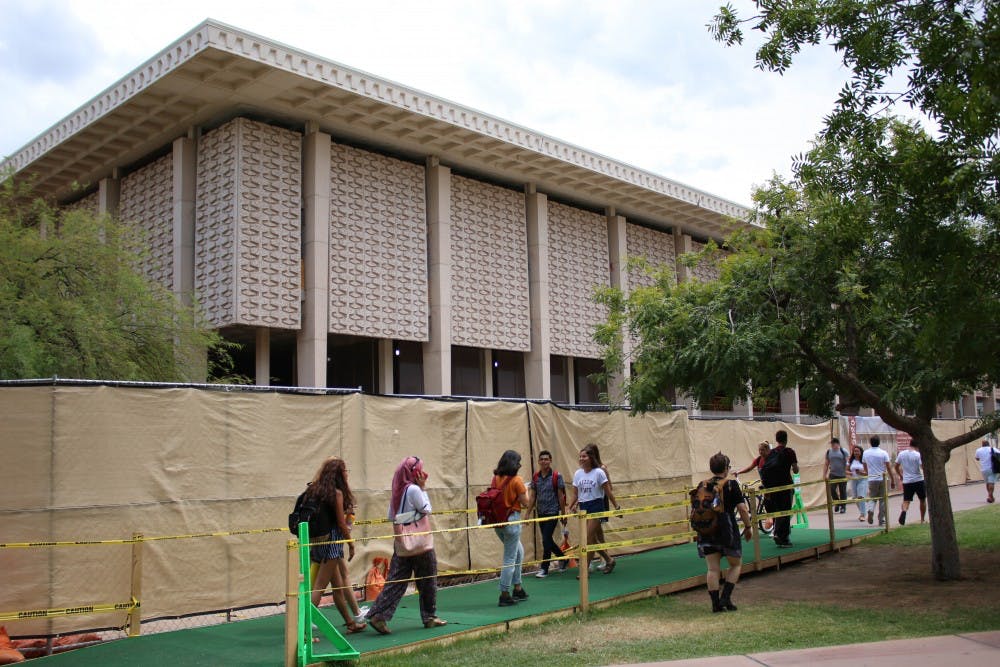 The Hayden Library Reinvention has transformed the day-to-day work lives of library officials, but not necessarily in a bad way.

"It was really a library that was built in the 20th century for a 20th century environment, and 51 years later that building wasn’t meeting the needs of students and the faculty,” said Jennifer Duvernay, associate University librarian of communications and donor relations of 19 years.

Duvernay said the key goal is ultimately to limit the negative impact of the construction on all library students similar to what FDM pursues.

Nevel said the goal of these projects is to increase square footage as student population increases.

“Some of the goals of the University are to grow enrollment (and) to grow research, and in order to do that you’re going to need additional classroom space," he said.

Despite all the complications that come with construction, Nevel understands college is only getting more expensive and knows how important it is to keep tuition prices down.

“I've got kids in college, and it’s really important that we’re concerned about being good stewards of those resources, that we will never spend a single penny without making sure it’s spent wisely," Nevel said.