I spent my 10-hour flight to London dreaming of sunny-side up eggs, grilled tomatoes and mushrooms, baked beans, bacon and pork sausages. When I landed, a traditional English breakfast was my first stop. 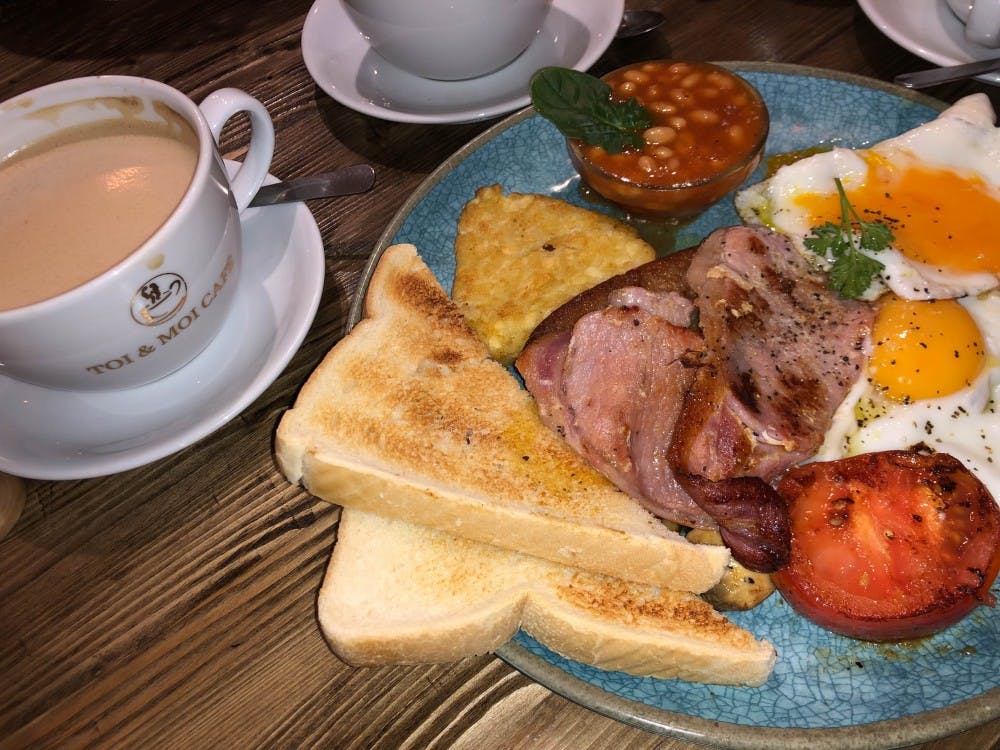 An English breakfast waits to be eaten in London, United Kingdom, in November 2018.

Staples in British cuisine include fish and chips, meat pies and the English breakfast. But London, as a melting pot of many cultures, is also known for its wide array of international foods.

As a student traveler with limited funds, I found that food can be a great route to living like a local. Traveling involves spending money on food anyway, so eating the local cuisine presents an opportunity to simultaneously learn about the culture. 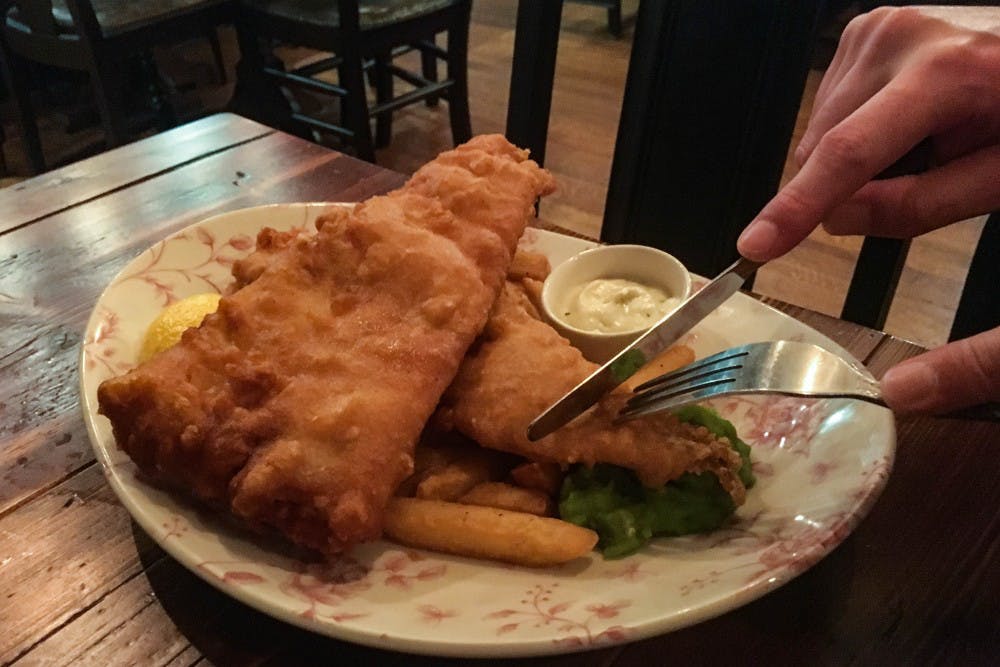 A customer digs into some fish and chips in London, United Kingdom, in November, 2018.

"You can learn so much about a particular culture not only by sampling the local cuisine, but partaking in the tradition of meal time," said Natalie Coveyduck, an international coordinator for ASU’s Study Abroad Office.

There are programs through ASU that focus on the food and culture of a particular region, she said.

For example, the Food and Culture in London and Edinburgh program that is being offered for the first time this summer will give students the chance to experience the culture through food with activities like curry cooking classes and visits to Neal’s Yard. 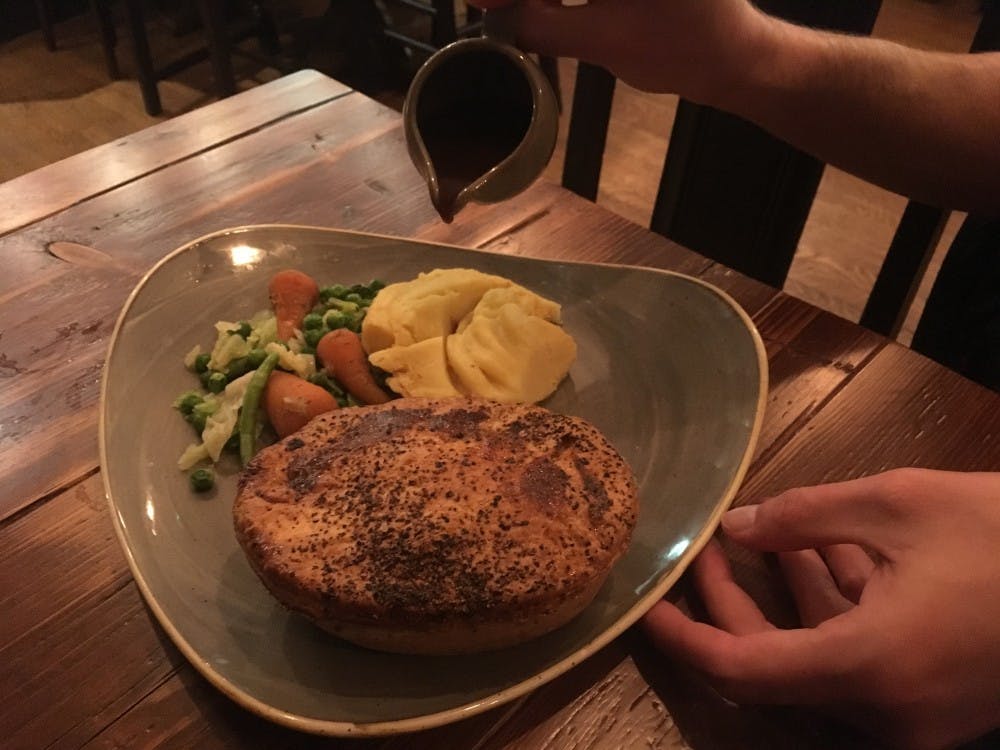 A customer pours gravy onto their dish in London, United Kingdom, in November, 2018.

But embracing a culture through food is possible with any study abroad program, she said.

Moriah Boone, an ASU alumna who graduated in May 2018 with a degree in broadcast journalism, said she spent the summer before her senior year in Merida, Mexico through one of ASU’s study abroad programs, Spanish Language and Mayan Culture in Yucatan.

Boone follows a vegan diet, which she said was sometimes difficult for her to maintain while abroad. But her host mom would help her maintain her diet by adding the meat to meals she made at the end of the cooking process, so she could make a separate plate for Boone.

“It was a really fun way for me to bond with her too, because she liked cooking, she liked trying new things,” she said. “It was just super nice for us to have that kind of connection and for me to learn.”

Boone said it is important to be respectful of the lifestyle of the local culture when traveling, and her honesty and communication helped her maintain her vegan lifestyle while abroad.

Trying new foods abroad provides students an opportunity to connect with the local community without running into traditional cultural barriers.

Neil Clark, an employee at SoHostel in the SoHo neighborhood of London, said food helped him connect with people from varying cultural backgrounds who reside in the city.

Due to immigration from countries like India, Pakistan and others within the British Commonwealth, London is a melting pot of regional cuisines and residents do not always speak the same language.

“To learn the language is a bit more difficult," he said. "Food is a bit easier way to understand (cultures)."

Embracing other cultures is important while traveling, because meeting different types of people is inevitable in every part of the world, said Coveyduck, the international coordinator for ASU's study abroad program.

“What better way to learn about a culture than food?"