On March 27, Sun Devil Stadium will become the site of ASU's Change the World event, where students from all disciplines can come forward to share their unique take on what it means to make the world a better place.

The Change the World showcase and competition provides a platform for students to put on display what their vision is for a better world.

Presenters can get involved in the event through four different ways – exhibits, pitches, performances and art – allowing anyone from business students to arts majors to take part.

The competition part of the event gives students in each category the chance to compete for prizes, which includes a $2,500 award and several smaller awards. Winners will be announced on-stage with the opportunity to come forward.

The event serves to "celebrate Sun Devils' imagination, efforts and achievements" in trying to create change, according to the event's site.

Gordon said events like Change the World give students a great platform to share their stories and introduce them to perspectives they may not normally interact with.

Gordon said this year, Changemaker Central is pushing to get local businesses to attend the event to create networking opportunities for the students.

Change the World, Gordon said, gives students and University organizations a chance to bring light to issues they're interested in.

Shandiin Yessilth, a senior majoring in construction management and minoring in studio art, is a full-blooded Navajo. At the event, Yessilth will be showcasing her art, which fuses her Native culture with pop culture subjects, such as Star Wars. 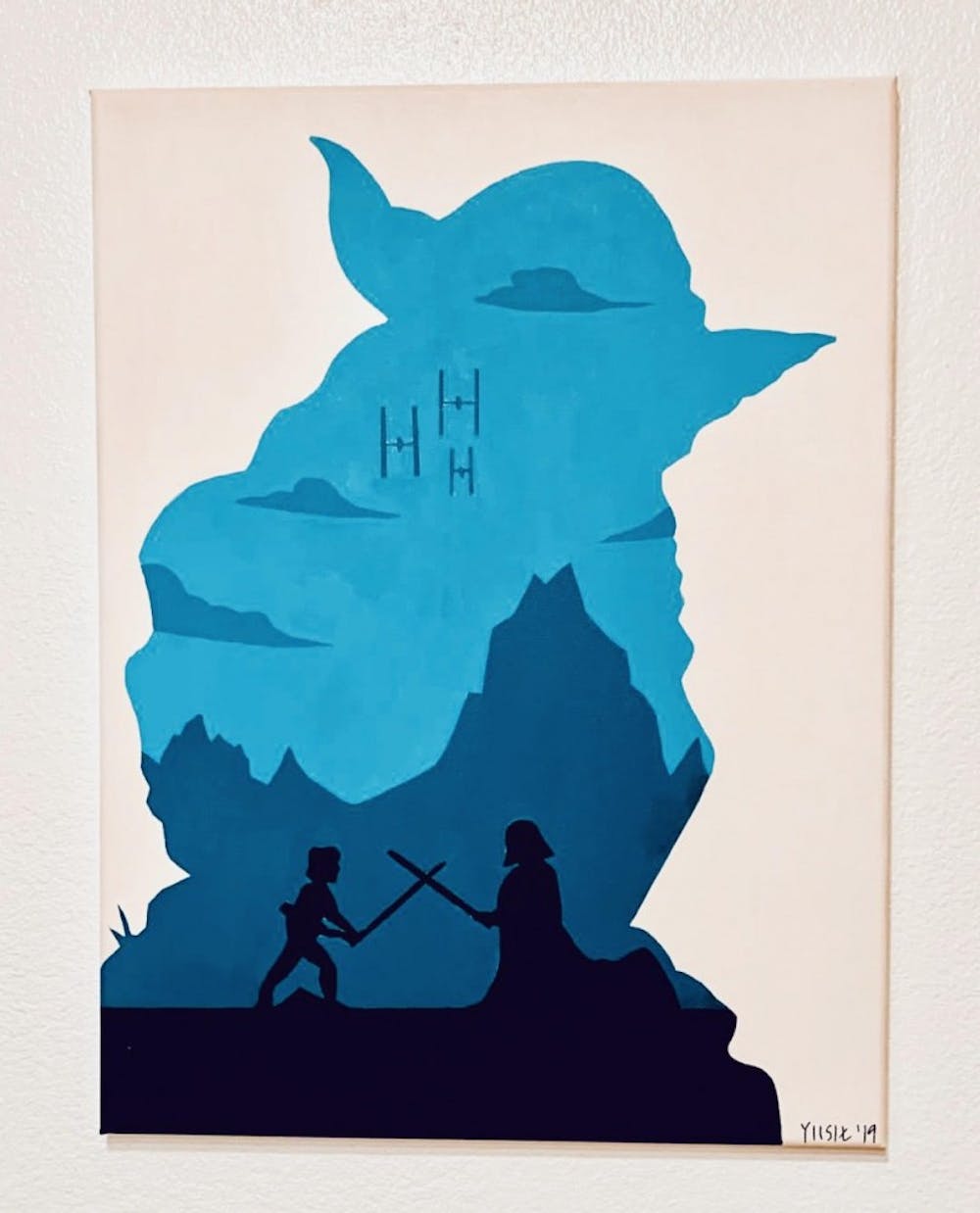 A painting by Shandiin Yessilth is pictured on Jan. 10, 2019 in Tempe, Arizona.

For one of her pieces, Yessilth painted Shiprock Rock, a landscape on the Navajo reservation in New Mexico where she grew up, framed within the shape of Yoda.

She also incorporates elements of her culture in the background of her painting of fan-favorite Sith Lord Darth Vader. Yessilth painted Window Rock, which is located in the capital of the Navajo Nation that is mostly located in northeastern Arizona, but also dips into southern Utah and northwestern New Mexico . 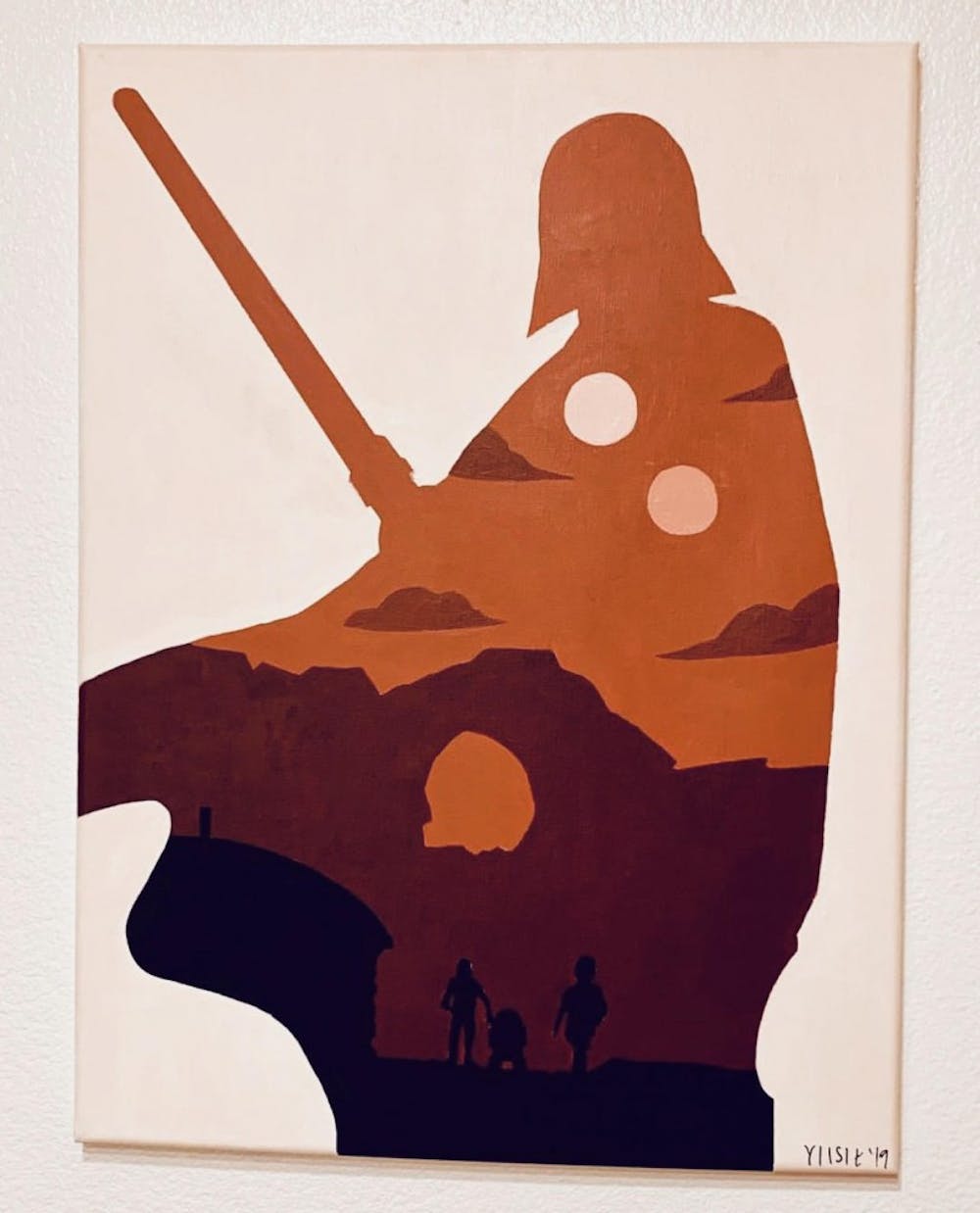 A painting by Shandiin Yessilth is pictured on Jan. 10, 2019 in Tempe, Arizona.

Yessilth said the works tie together her identity, culture and landscapes that hold personal meaning to her with popular images that people can "nerd out over."

“I feel like changing the world is taking that first step, having that idea (and) having something passionate about that idea," she said. “For me, it’s giving back to my people, not only Navajos, but Native Americans in general. I feel like that’s definitely why I do everything I do.”

For Yessilth, she said that changing the world is hard work fueled by passion, and that it’s up to new generations to take action and have a positive impact on the world.

Chloe Burbank, a senior majoring in film, will be at the event to present a documentary that she made for her senior project, titled “Shero.” The project focuses on empowering women by redefining the term "hero" – a term with the pronoun "he" in it.

READ MORE: ASU senior's 'Shero' film is here to save the day and defeat gender stereotypes

She said the Change the World showcase and competition is a time for everyone throughout the University, no matter what a student's major is, to showcase what they're doing and how they’re impacting global and local communities.

“Changing the world, to me, means finding something that you're passionate about and pursuing it,” Burbank said. “It doesn't matter how big or small. I think that if everyone found one thing that they wanted to change or that they thought they could change, the world would generally be a better place.”

The Change the World event will take place at the Sun Devil Stadium on March 27 from 5 p.m. to 7 p.m.