The T.W. Lewis Foundation gifted $2.5 million to Barrett for the personal development center

These factors were central components in his vision for the Barrett, the Honors College personal development center that is part of ASU's 2020 campaign. Along with the development of the center, Barrett's portion of the ASU-wide campaign will focus on student scholarships, global citizenship and faculty support.

“ASU’s plans in the 2020 campaign are massive, approximately $2 billion, and will have significant effects to improve the education of ASU’s students, though Barrett’s part of the campaign is relatively small in terms of dollars,” dean of Barrett Mark Jacobs said in an email statement.

Lewis said that he and his wife have a long history with Barrett, including giving scholarships and working with college students. The duo founded the Lewis Scholars program in 2002, and since then, have given over 200 scholarships in the past 15 years.

Although the scholarship started a great relationship between the Lewises and Barrett, it will be discontinued so that the money can be used to fund the personal development center. The money that the Lewises gifted will support the salaries of the staff members and the development of the space, Jacobs said.

“The Lewises wanted to support the portion of this idea that centers on personal strengths and career planning by donating $2.5 million for a personal development center at Barrett,” Jacobs said.

Specifically,$1.5 million will be used for the center, which will have a full-time director, four faculty members, an assessment coordinator, a speaker series and specialized curriculum, while the additional $1 million will aid the construction of the center.

The new center will consolidate all of the services that support Barrett students and make it more convenient for honors students to receive advice and guidance for courses, scholarships, careers and personal strengths in one place, Jacobs said.

“This is a way of taking what we were doing with some students and offering it to all Barrett students,” Tom Lewis said. 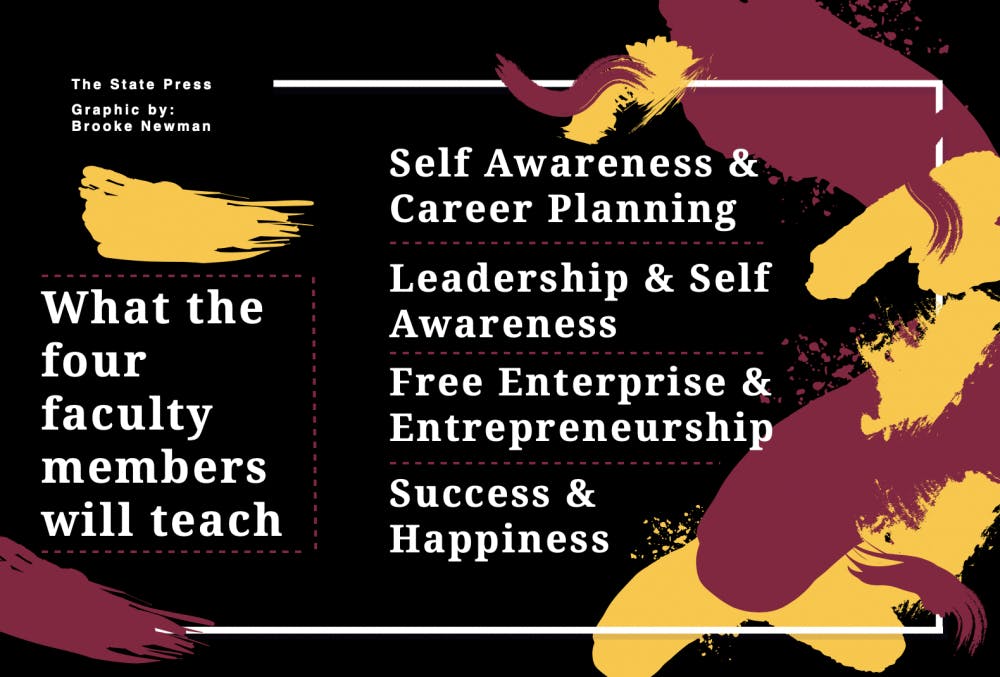 While the idea for the center has been approved, right now Barrett has only just submitted requests for proposals to architects and planners, so there aren’t any official plans for the center yet, Jacobs said.

The total construction of the center is estimated to be $10 million, and the Lewises contributed a seed grant to encourage others to donate money to fund construction during Campaign ASU 2020.

The personal development center will be inside the new Barrett center which will likely be built adjacent to the Barrett Vista del Sol complex, near Apache Boulevard and McAllister Avenue.

“We want to help students be prepared for the real world after college, and I think we can do a better job of that,” Lewis said.

Freshman nursing major Brendan Wong would like to see the center provide support in all subjects including math and science.

"Since Barrett is getting more money I hope they will have more resources for students, like helping students with internships," Wong said.

Barrett student and freshman journalism major Tiffany Ellington hopes that the personal development center will provide students with the opportunity to form connections with people in their career fields.

“I feel like I make a lot of connections through my major, and not Barrett,” Ellington said.

Lewis said that the center will provide students will individual assistance and attention.

“There’s a need for this,” Lewis said. “Universities are good, but they're missing something and that's preparation for the real world and focus on individual students."

By Kathryn Field and Ruby Arora