After Hours: A conversation with an ASU-bound, Phoenix-based musician and American Idol contestant

Podcast reporter Balin Overstolz-McNair meets up with local musician Callie Young before she takes the stage for a show at Pub Rock. She offers some insight into the challenges of being a young, female musician in the local scene and how her musical career influenced her decision to attend ASU.

Callie Young recently released her first single as a solo artist, "Back Up Plan," developing her sound in the pop genre as she takes time away from her alternative rock band, Lighthouse.

Balin Overstolz-McNair: Where did your musical career first begin?

Callie Young: I've been singing since I was very little. I joined choir in elementary school and my very first time performing in front of anyone ever, I sang the national anthem for the Diamondbacks, and when I auditioned I didn't think I was going to get it. I just did it for fun. My mom wanted pictures of me on the field of the audition, but I got it and I was god-awful, but it's what made me fall in love with performing.  After that I picked up a guitar and started playing at coffeehouses, restaurants, that kind of stuff. When I was 12 or 13 I started writing songs immediately even though I only knew a few chords I was like, "I have to do this."

Balin Overstolz-McNair: You were recently invited out to compete on American Idol, so how was that experience?

Callie Young: It was really crazy performing in front of like Katy [Perry], Luke Bryan, and Lionel Richie. Like, at [American] Idol obviously I was like, "I love Katy Perry," to the producers and stuff because I'm a pop singer-songwriter, she's just like an inspiration to me. Lionel Richie is an icon and Luke Ryan's just a cool guy. He's like a dad, I really loved him honestly. It was kind of nerve-wracking, half because I was like, "Oh I'm singing in front of these people that actually know their stuff, that are icons in their own right," and also because I was like "Oh this is an audition." It was actually a really great experience. I went into it kind of expecting it to be very TV, very Hollywood, but it was really genuine. All the producers are really great people. It's a very small kind of tight-knit family. What's cool about Idol is it's run by music producers rather than TV show producers. A lot of the other singing shows are run by television producers. It was a really great experience and it was really surreal because I have gone through so much of my career that's just been "No" after "No." I was starting to get nervous in the audition room because they act super poker face. Then I got three yeses and I literally was crying all night. I wasn't supposed to take my golden ticket, but I took it home. I snuck it in my bag because I was like, "This is actually insane."

Balin Overstolz-McNair: As an upcoming artist, what are some unique challenges you face?

Callie Young: I think definitely being a female in music is more challenging than most people think. Women are not taken seriously, even if it's subconscious. I've been asked if I need someone to tune my guitar for me before. I'm asked if I'm the band's girlfriend. It's just kind of petty stuff like that, but from that viewpoint, the subconscious just kind of looks down on women in music. I think that's difficult. I'm also very young. I'm 17. It's kind of hard to fit in with the older crowd because usually mid-20s is the age range for local musicians and I'm very young compared to all of them. I've learned to push through it. Obviously, you have to. I do shows with a lot of women when I can, little singer-songwriter shows. Some of my friends like Taylor Sackson, Lauren Case – they're some local musicians that I do shows with. I try to really include other female artists and have little women musician parties. There are quite a few amazing female musicians out in Arizona and you guys just need to go find them.

Balin Overstolz-McNair: What's exciting about being a musician?

Callie Young: I think everyone, for the most part, really supports each other. I have witnessed so many genuine interactions between musicians that really care about what the other people are doing. Of course there are some that are not like that, but in the Phoenix scene everyone really wants each other to succeed because, if one person makes and you're friends maybe you can play together. Everyone in Phoenix is really pushing for each other to make it.

Balin Overstolz-McNair: Was your music involved with your decision to study at ASU?

Callie Young: I decided to go to ASU because I live on the west-side and most of my musician friends and all of the venues and all the musical opportunities are on the east-side. Also, I really like the Tempe campus and from what I hear from my friends and other people they have a really good English program and that's what I'm majoring in. I'm majoring in English - Creative Writing.

Balin Overstolz-McNair: What's in the future for your music and the Callie Young brand?

Callie Young: I have a lot planned right now. Basically at the beginning of this year I just talked to myself in the mirror and I was like, "This is my year. I need to literally just do everything I can in my power to make this work because I'm at the prime age to do it and I know who I am." Basically, I'm going to be putting out a few singles in this upcoming year. I have gotten on some bigger shows that I can't talk about yet. I'm hoping that leads places. I have some meetings with some record companies this year too. That's really exciting. Basically I'm just going to start putting out as much content as I can. I'm going to be releasing a music video so I can share that. That kind of shows who I am as an artist which I haven't done really yet. I've been really focusing on my branding and just putting out constant content. I have a lot coming up and I'm very excited about it.

Balin Overstolz-McNair: For those who are listening and share a passion for music, but maybe don't know where to start, what message do you want to send out?

Callie Young: My departing message to anyone interested in music that is listening to this in the Phoenix scene is to just to go out and meet people, go to shows, introduce yourself to people and completely immerse yourself starting now because tomorrow might be too late. You never want to regret not starting sooner. As for promo go stream my song Back-up Plan on Spotify and Apple Music, and follow me everywhere. My Instagram is thecallieyoung and I'm on Facebook under Callie Young, so go follow my career and message me if you are interested in getting involved in the local scene somehow. 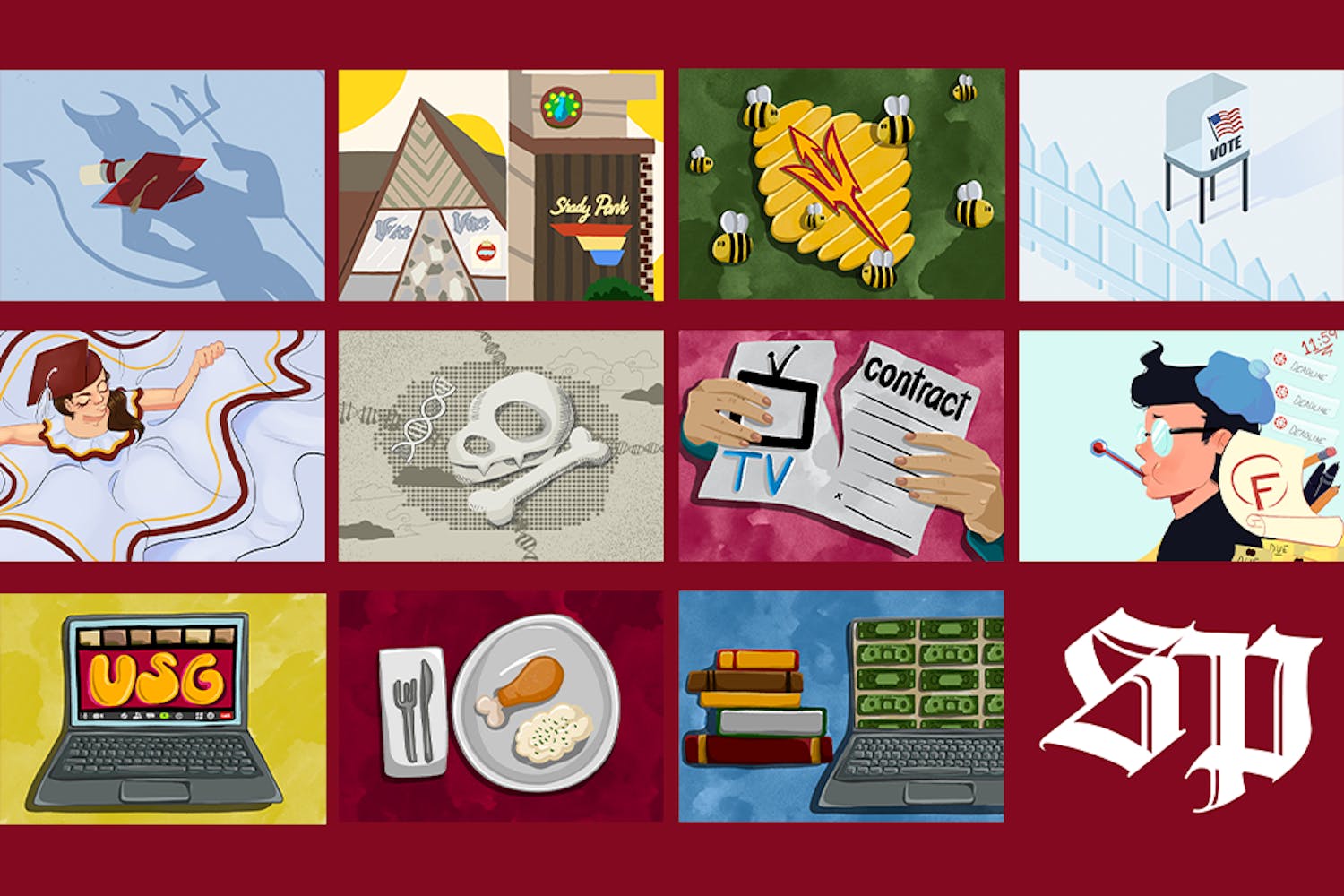 Gallery: A look at the artists' sketchbooks of fall 2022