Jenuwine, a 21 year old, came to the program following a record-setting 60-goal, 104-point season with the Amarillo Bulls of the North American Hockey League. Until he was released from the team Friday, the Romeo, Michigan, native recorded three goals and one assist in ten appearances for the Sun Devils this season.

Brière, 20, was a redshirt freshman who came off an 89-point campaign with the NAHL's Johnstown Tomahawks in 2018-19. He is also the son of former NHL player Daniel Brière. 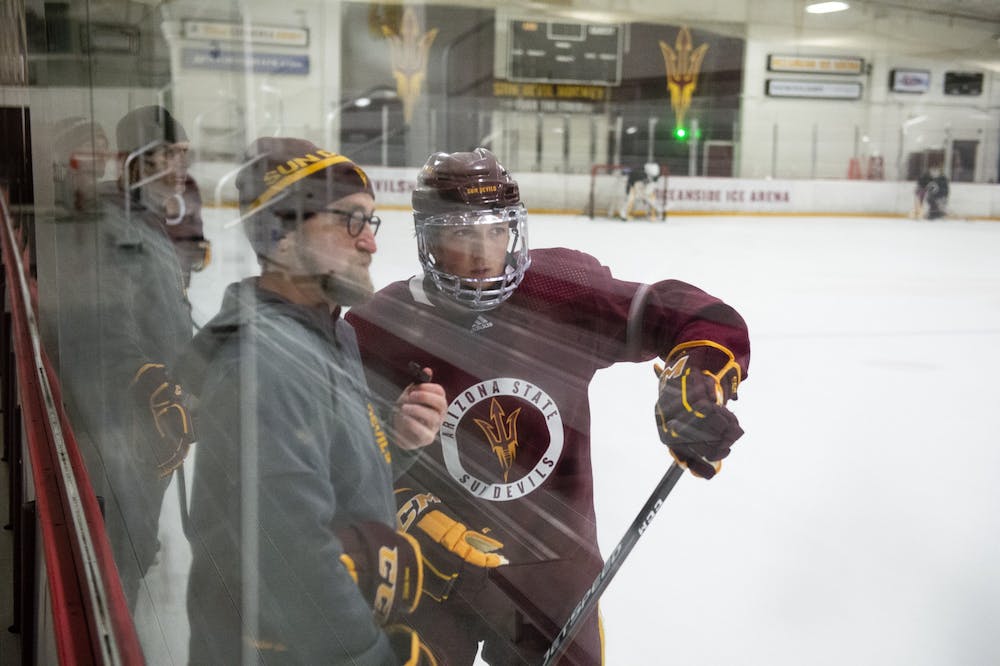 The news comes at a surprising time as ASU hosts the Vermont Catamounts on Friday and Saturday night at Oceanside Ice Arena after two consecutive bye-weeks.

Jenuwine, who had spent the majority of the season in a top-six forward role, was removed from the lineup ahead of Friday night's contest.

Tonight's lines for Vermont at Arizona State. As first reported by @CronkiteSports, freshman Logan Jenuwine has been dismissed from the team, so he's not in the lineup tonight. Sun Devils get Buncis and Gruber back from injuries. pic.twitter.com/SKzUQprYhn

Both forwards were expected to make sizeable contributions over the course of their NCAA careers in the Sun Devil locker room.

"He's here because he can score," head coach Greg Powers said of Jenuwine at the beginning of the season. "He's a kid that is going to get an opportunity right away to be put in positions to do what he does."