From purchasing surgical face masks to calling for canceled classes, the virus has captivated the University

From stores selling out of surgical masks to students calling for class cancellations, the 2019 Novel Coronavirus has taken ASU by storm since Sunday’s announcement that a member of the community was infected with the viral illness.

The individual, who had recently returned from Wuhan, China, is not severely ill but may remain in isolation at their Tempe residence for a few days to a few weeks, officials said.

After consulting with the University, Arizona Department of Health Services spokesperson Chris Minnick said that they could not definitively say that there was no classroom contact. Minnick added that ASU will be investigating further.

Dr. Madhu Murthy, a certified infectious disease specialist and founder of eInfectionMD, said the coronavirus group has a range of well-known illnesses, but this one is unique in its ability to transmit to another person before the onset of symptoms.

Murthy said that he agrees with ASU's decision to keep the school open as "there is a very low risk of person-to-person transmission."

"I’m optimistic that with these early interventions, they should be able to contain (it)," Murthy said.

The virus, which causes flu-like symptoms, was first identified in Wuhan. According to The New York Times, almost 3,000 people have contracted the virus, the majority of whom live in China. Additionally, The Times reported there have been no deaths outside of China. 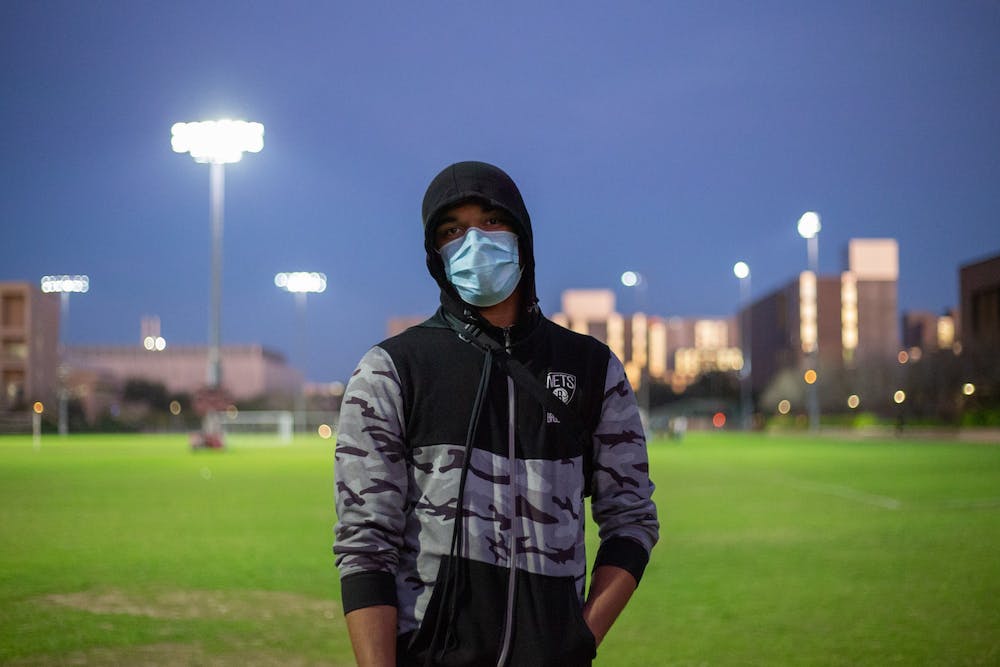 An ASU music management student, Anotionia Rec, poses for a photo wearing a face mask around campus in Tempe, Arizona, on Monday, Jan. 27, 2020.

A petition calling on the University to cancel classes “until proper precautions have been taken to ensure the well-being of the students” has garnered nearly 16,000 signatures within a day.

The creators of the viral petition, freshmen Taskina Bhuiyan, Syeda Zainab and Harshita Bellad came up with the idea in a group chat.

“It was a collective idea,” Bhuiyan, a microbiology major, said. “I put up the petition at around 10 p.m. and the next day there were like 6,000 followers.”

Zainab, who is studying biomedical sciences, said one of the main motivations behind the petition was to encourage the University to be more proactive in assisting its students.

“We pay so much money to attend this school ... we have a right to information. We deserve to know what’s going on,” Zainab said.

Rumors circulated that the diagnosed person is a resident of the West 6th apartment building in downtown Tempe. West 6th property manager Leeanne Ginn said ADHS told them that the company would have already been notified if the reports were true.

Ginn said the building is taking precautions regardless. Hand sanitizer dispensers have been installed outside the entrances to the apartments, and janitorial staff was brought in yesterday to sanitize common surfaces like elevator buttons. 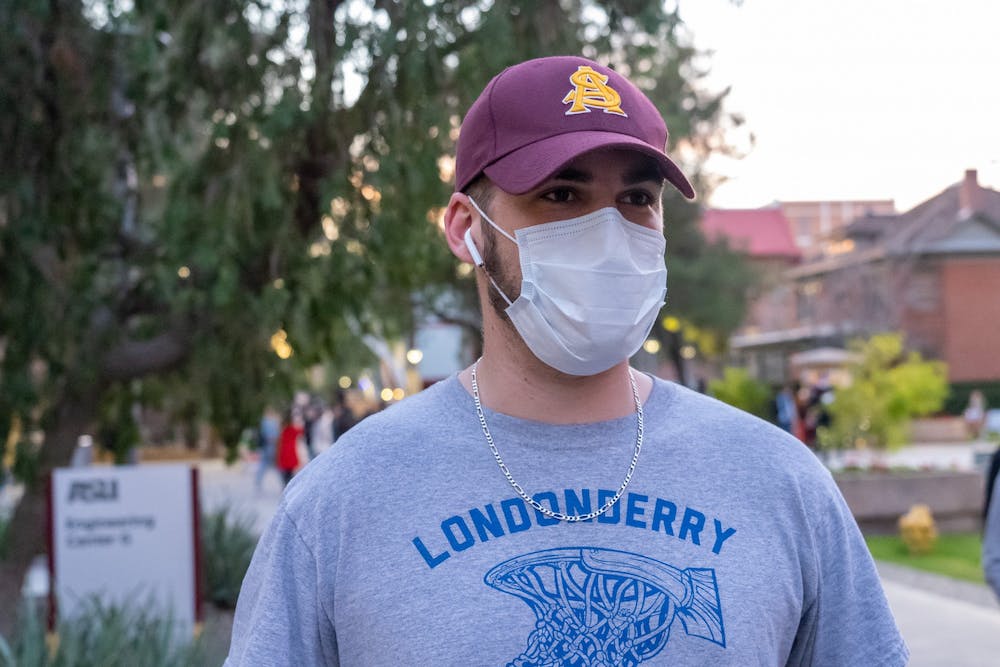 Brian Campbell wears a mask due to the Coronavirus case at ASU on Monday, Jan. 27, 2020, on campus in Tempe, Arizona.

Near Barrett, the Honors College, the CVS Pharmacy on Rural Road and Apache Boulevard is out of face masks, hand sanitizer, disinfectant wipes and antibacterial soap, said Jesslin Bond, a sales associate at the store.

“Really, anything pertaining to that — and also alcohol, just rubbing alcohol, we’ve been selling a lot of that too,” Bond said.

Murthy stressed the importance of handwashing as a preventative measure. He said that masks are fine, but they aren't the best form of prevention.

"The mask can help (with) protection, but here’s the thing: It’s not going to fully guarantee (protection)," Murthy said.

Minnick said ADHS still considers the risk to the general public to be low. He added that Maricopa County is bringing in and interviewing others who may have been exposed to the virus, but he was unable to give an estimate on the number of people.

Jeanene Fowler, a spokesperson for the Maricopa County Department of Public Health, said that the estimate “changes every hour,” so the department does not want to release an estimate because it would be inaccurate by the time of publication.

Dr. Cara Christ, director of ADHS, confirmed Sunday that the department will work with the University to identify those who were in contact with the individual in an effort to contain the virus.