'This was not about one person; it was about, frankly, bringing a new day and change to the city of Tempe,' Woods said

Tempe will have a new mayor. Corey Woods defeated two-term incumbent Mark Mitchell Tuesday with 57% of the vote, making him the first African American mayor-elect in Tempe's history.

"I talk about 'not I' all the time, but I talked about 'we,' because we collectively did this," Woods said at a watch party in Tempe. "This was not about one person; it was about, frankly, bringing a new day and change to the city of Tempe."

Woods will assume office on July 2.

The election was called at 8 p.m. Tuesday after being conducted by mail-in ballots. However, some residents waited until election day to drop off their ballot at a precinct.

Before 9 p.m., Mitchell called Woods to concede the race, according to reporting from azcentral.

According to azcentral, Mitchell was unhappy with the result but grateful for what he had accomplished.

“Obviously I’m disappointed, but it has been a good run,” Mitchell told azcentral. “I’ve been fortunate to be the mayor of the city I grew up in. I have great friends and supporters, and I would have liked to continue to be mayor, but it wasn’t meant to be at this time.”

At the time of publication, Doreen Garlid, Joel Navarro and Randy Keating are leading the City Council election. Tuesday's results are unofficial, and official results are still being tallied, according to the Tempe website. The top three candidates will receive a spot on the City Council.

Results are updated by 5 p.m. daily until all ballots are in. 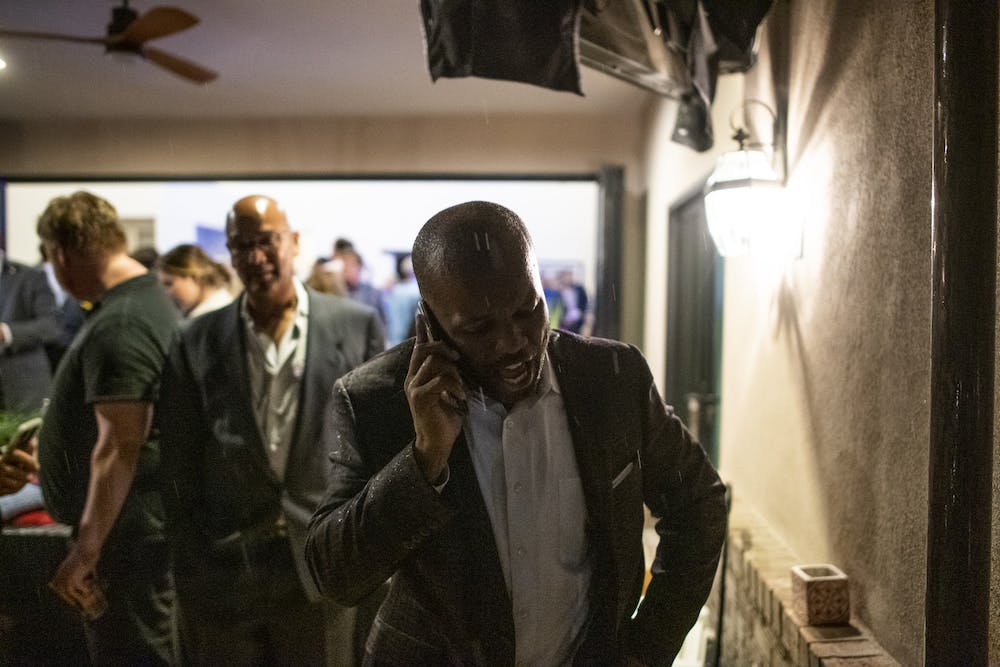 Giuliano said he was proud to call Woods the mayor.

"Thank you all for supporting the strongest candidate, the best candidate," Giuliano said. "He's gonna pull Tempe together."

Hallman praised the campaign for its hard work and diversity.

"It has been decades since a room full of people this diverse, this excited, this energetic about a single person has been assembled," Hallman said. "We have for our future ... someone who can bring this entire city back together again."

Jae Early, a freshman studying journalism with an emphasis in public relations, said he has always wanted to be involved in politics and that working with Jevin Hodge, a candidate for the county board of supervisors, led him to Woods.

"I felt that he was one of those guys I genuinely had a connection with and who genuinely wanted to make change for the better," Early said of Woods. "That’s why I’m out here tonight."

Early said "a wave of energy" went through the room when the results first came in.

"As someone who wants to get into politics, this is what I want, this is why we continue to work for everything," Early said.

Editor's Note: This story was updated at 12:21 a.m. to reflect Mitchell's comments to azcentral.