Nestled in the northern Mexican state of Coahuila is the Cuatro Ciénegas basin, a rare oasis in the Chihuahuan desert that offers a richly diverse ecosystem. Beneath the crystalline blue-green water is another world that existed some million years ago.

James Elser, a research professor in the School of Life Sciences and Bierman professor of ecology at the University of Montana, first became interested in the region in the mid-'90s. Since then, he has traveled there almost every year to conduct research on the unique ponds that allow scientists a better understanding of the limitations of life on Earth and beyond.

But the journey to the basin isn’t an easy one. Elser flies into Monterrey in Mexico. From there, he drives for about three hours into Cuatro Ciénegas, which translates to four marshes, named for its abundant springs.

The region isn’t well-regarded only among scientists. Every year, many flock to the town for a chance to glimpse at the rolling white sands of the surrounding desert and swim in the clear blue waters of La Poza de la Becerra. To the region’s visitors, it’s not hard to imagine that the secrets of the origins of life on Earth are shrouded in the oasis.

Elser’s most recent research culminated in a study published in the journal eLife, in which he was the senior author and explored how the features of an organism’s genome can affect its ability to thrive in extreme environments.

Also heading the research efforts was lead author and assistant research professor in the School of Earth and Space Exploration Jordan Okie.

“Extreme environments offer a lot of insight into understanding the limits to life,” Okie said.

Okie’s interest in microbes in extreme environments were guiding factors in his search for where to study next.

Previously, Okie’s interest in extreme environments had taken him to the hot springs of Yellowstone National Park and Antarctica's McMurdo Station of dry valleys to study microbial communities, two environments whose “extreme” natures were very apparent. 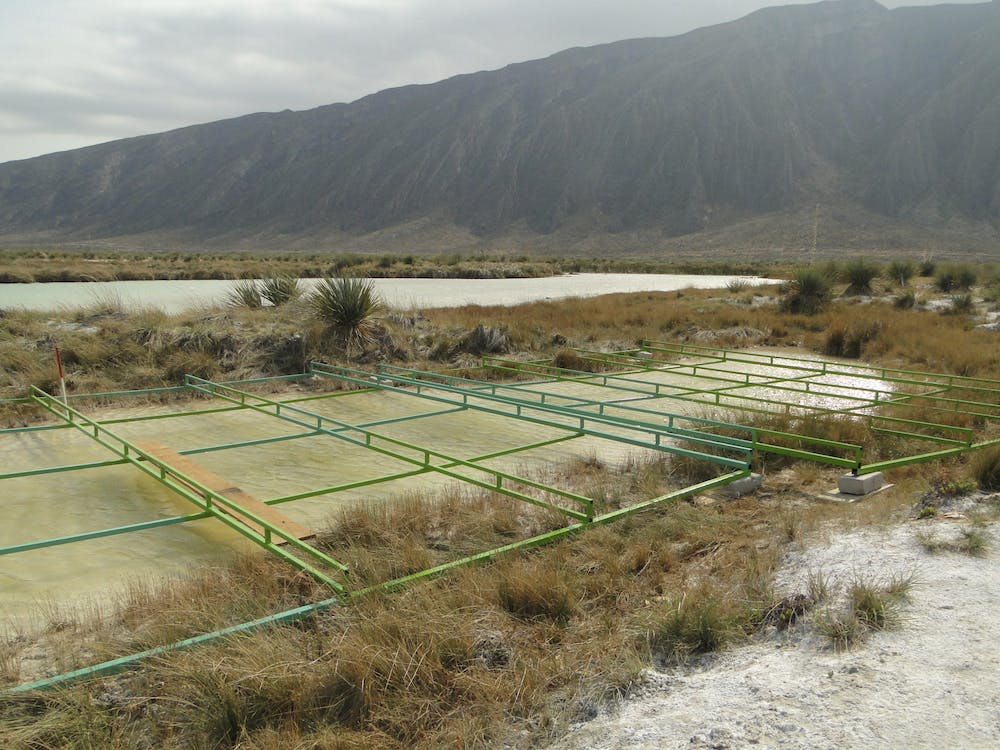 Cuatro Ciénegas fell somewhere between the two extremes. While the conditions were more temperate, the region is well known for its low-nutrient content — it is specifically deprived of phosphorus and nitrogen.

“There's very little amount of resources for the organisms, the microbes, especially because they require nitrogen and phosphorus, too,” Okie said.

But nutrient levels aren’t the only thing that make the region so unique.

“Its ecosystems are kind of like relics of marine ecosystems,” Okie said.

Because the environments are so poor in nutrients, Okie said, they’re dominated primarily by microbes and may have similarities to ecosystems from early Earth, as well as to past wetter environments on Mars that may have supported life.

Christopher Dupont, a senior author on the study and an associate professor in the Microbial and Environmental Genomics group at the J. Craig Venter Institute, said the oasis used to be a part of the sea, but "got separated by the continental rise."

While the region became separated from the Gulf of Mexico somewhere around 43 million years ago, the marine microbes there have remained after all this time, Okie said.

“That provides this really fascinating window into an ancient life,” Okie said.

Elser said they were interested in which microscopic species were winning and losing in this unique environment. The team had theories about the "winners and losers" under these nutrient conditions. This is where the research came in.

Dupont described the research setup as a large metal grid over one of the ponds that allowed light in. This allowed researchers on site to traverse the pond without disturbing water or sediments. Certain areas of the pond had clear plastic tubes shoved into the sediment that created mesocosms, an artificial, miniature ecosystem within an ecosystem that was detached from the rest of the pond. 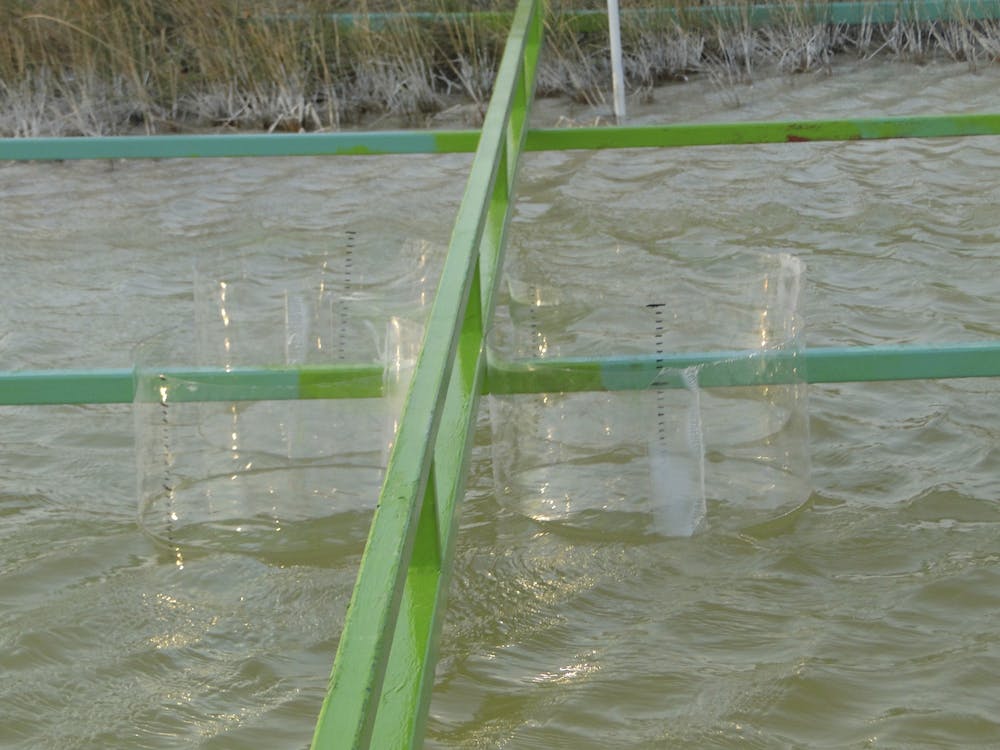 Clear cylindrical enclosures and a metal grid to support a walkway were temporarily installed in the pond for the duration of the experiment. These mesocosms harbored the original low-nutrient pond community while the rest of the pond was enriched with nutrients.

This, Dupont said, allowed researchers to do something that’s almost never done in environmental metagenomics: replicated sampling. The mesocosms in the plastic tubes acted as the unfertilized controls while the rest of the pond received the fertilized experimental treatment.

The goal, Okie said, was to see how the microbes would respond to the fertilization to examine which organisms did better in the enriched water. Researchers extracted samples of the water treated with phosphorus from the pond and samples of the untreated water from the plastic tubes. From there, researchers were able to examine the effects of nutrient enrichment on the pond.

There wasn’t really an aha moment, Okie said, rather an accumulation of realizations, each building on the next one. He said the more he worked on the project, the more he realized how many holes there are in our understanding of how an organism’s genome architecture influences how organisms interact with one another and with their physical environment.

Still, the findings were significant. The research granted participants a better understanding of early life on Earth and, by extension, astrobiology, the study of life in the universe, as the nutrient-poor environments may share similar traits to ancient Earth and possibly other planets.

In the future, researchers could examine the genome of an organism on another planet using the framework researchers in this study did to predict where to look for more related cells and gain a notion of the organism’s evolution.

For the past few decades, the Cuatro Ciénegas basin has provided an unparalleled window into an ancient world that has allowed researchers to make unprecedented discoveries. But there is a possibility that the ponds are being threatened.

“There's been a lot of concern and some evidence that the (water) pumping is depleting the groundwater supplies that support the springs and therefore threatening their existence,” Elser said.

Since the ponds are located in the desert, there’s not an incredibly high quantity of water, Elser said, but there’s enough to maintain the existing ecosystems.

The supply is being threatened by the demands of the surrounding agricultural industry.

The area has become the focus of conservation efforts and has even been named an official Mexican biological reserve, Okie said.

With an estimated 150 species of plants and animals native to the area, conservation is critical for its survival. Elser said there’s no doubt the region will be an invaluable resource for researchers and the source of many new discoveries for years to come.