The virtual play tells the story of Henry, a gay man with Asperger's syndrome who lights up when discussing literature

"Light Switch," a new play at ASU’s School of Music, Dance and Theatre, debuts virtually this month. The show tells the story of Henry, a gay man with Asperger’s syndrome and a special interest in Victorian-era English literature.

The play is written by Dave Osmundsen, a dramatic writing graduate student in his third year of his master's. Osmundsen is part of ASU’s New Play Festival, where student playwrights get a chance to put together the shows they’ve written for their thesis projects.

Osmundsen said he chose to tell this particular story once he discovered his "passion for wanting to divulge my own neurodiverse experience in my work, and I felt that this play had come to represent so much of that."

"When I first wrote it, I just wanted to write about a gay man with autism, and I think I did a better job writing an autistic man who just happens to be gay," he said.

Osmundsen, who called the piece "kind of, sort of, autobiographical," said he wanted to "combat the whole 'autism-as-inspiration' story."

"I feel like a lot of autistic narratives are either inspiration or tragedy and there really isn’t like, an in-between there," Osmundsen said. "Sometimes we can just be people." 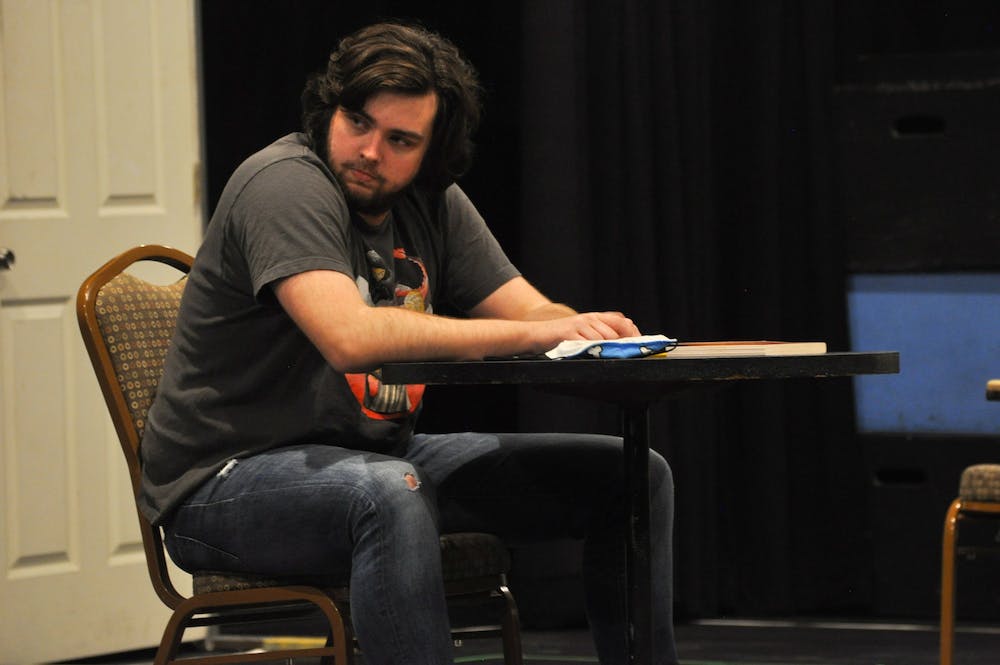 Payson Johnson practices for the role of Henry in Light Switch, on Friday, Jan. 19, 2021, in the basement of the Fine Arts Center on the ASU Tempe campus.

Payson Johnson, a junior studying theatre, will play Henry. He said he recognizes similarities between his own life experiences and Henry's.

“I’m not gay, but I do have Asperger's syndrome, and there are parts of Henry where I see it’s so, so accurate to what I went through,” Johnson said.

In the play, Henry describes feeling like he has one giant light switch inside of him which can only turn on when discussing the 19th century literature he loves so much. Only when it’s flipped up can he engage with other people.

"And it’s a big light switch, so it takes up a lot of space," Henry says in the play. "But it's hard to turn it off, because when it gets turned off, there's nothing."

For Johnson, his light switch was video games.

"If (the conversation) went to any other subject, if I ever heard anyone talking about anything other than that, I was very quiet," he said. "But the second I heard like, a little branch that I could jump in, I am immediately in."

Johnson's biggest struggle was wanting to continue to talk about video games or his other interests even after the topic of conversation had changed, a sentiment Henry echoes in the play.

"I think that's where I relate to Henry the most," Johnson said.

Like other theater productions, "Lightswitch" has adapted to a virtual medium.

After rehearsing over Zoom in November and December, Johnson and the rest of the cast faced obstacles they weren’t used to tackling.

"This is my first play over Zoom," he said. "I don’t think for anyone that there are zero challenges. It's a very new avenue for me and many other people.

"I guess, probably the biggest challenge is finding that connection with another actor over Zoom that's there if you're with them in person."

For performances, actors will be in separate rooms on miniature sets, and each scene will be recorded from multiple camera angles. Though the show won't be live, Johnson knows it will be just as special.

"We've been rehearsing now for a little over two months," he said. "And I can say there have been many times where I’ve been acting with my scene partners, and you feel that connection and it still feels just as good as when you're on stage."