I miss movie theaters, but I’m still afraid to go

"Watching a movie at home differs from watching it in a dimly lit room with a big screen and surround sound speakers, and sometimes filled with strangers"

Standing in a crowded line, both of us reach for our debit cards to pay for two tickets like we’re in a Western, he’s always quickest to the draw, even at the concession stand — unless we stuffed snacks into my small, leather shoulder bag. Then, entering a dark room with a medium popcorn in one hand and a large drink in the other, we only stop to scan the room for that perfect seat. We almost finish the popcorn while watching the previews and remind each other to turn our phones off before the movie starts.

My partner, Tom, and I did this almost every week for five years before the COVID-19 pandemic.

“Birds of Prey” was the last movie we watched in a movie theater, three weeks before the World Health Organization declared the outbreak as a pandemic. Since then, we haven’t thought about going out to the movies, until Christmas 2020.

Movie theaters were a place where Tom and I could leave our worlds and be transported into someone else’s for an hour or three. The only thing that mattered was what the director had in store for us on that 72-foot-wide screen.

But now? The thought of going somewhere nonessential makes me feel uncomfortable and guilty. Since the beginning of the pandemic, I haven’t left my house unless it was for groceries, work or school. It’s always weird to see people continue to act like things are normal.

I understand this can’t be reduced to “just stay home.” Businesses across the country are struggling financially and are still trying to adjust. 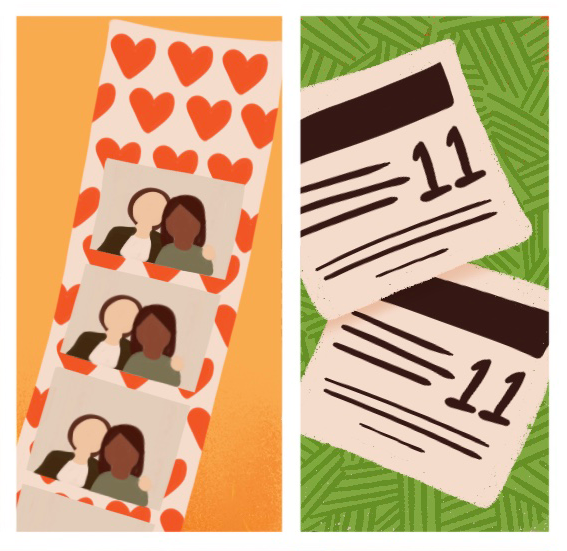 Although movie theaters are currently open, many are struggling to survive. Last year, Alamo Drafthouse Cinemas filed for Chapter 11 bankruptcy for its Tempe, Gilbert and Chandler locations. Regal Cinemas, the second-largest theater chain, temporarily closed down 536 locations, one of which is in Gilbert. Harkins Theaters, the fifth-largest theater chain, said it lost 90% of its revenue. Filmbar, a Phoenix independent theater, said the pandemic gutted finances.

This year, Filmbar launched an outdoor screening area, as a way to adjust to the pandemic, at the Pemberton PHX, an outdoor entertainment venue, before closing the doors of its original indoor location. AMC Entertainment, the world’s largest theater chain, announced that its doors will remain open thanks to $506 million from investors and a $411 million line of credit. Thanks to the “SaveAMC” campaign that spread on Reddit, its stocks soared. The City of Tempe awarded Harkins Theaters $200,000 to help with its multi-million dollar project to modernize and add COVID-19 safety precautions to the Arizona Mills and Tempe Marketplace locations, however, its Mill Avenue location remains closed.

Christmas day has always been a busy time for most movie theaters. Like many others, Tom and I always went to see a movie on Dec. 25 no matter what, even when he was in the Army.

And before watching a movie, we always posed in one of those photo booths that print out a photo strip. But last Christmas we stood in our kitchen asking each other if we should go see “Mank,” even though it was already released on Netflix. We decided not to go, and watched it and other movies we would have seen at a theater, like “Tenet,” “The Little Things” and “Promising Young Woman” at home.

It wasn’t until I watched “The Little Things” that I started to miss seeing a film in the movie theater. It took me three days to watch a two-hour film with one of my favorite actors. I was on my phone, distracted by other things the entire time. Watching a movie at home differs from watching it in a dimly lit room with a big screen and surround sound speakers, and sometimes filled with strangers. 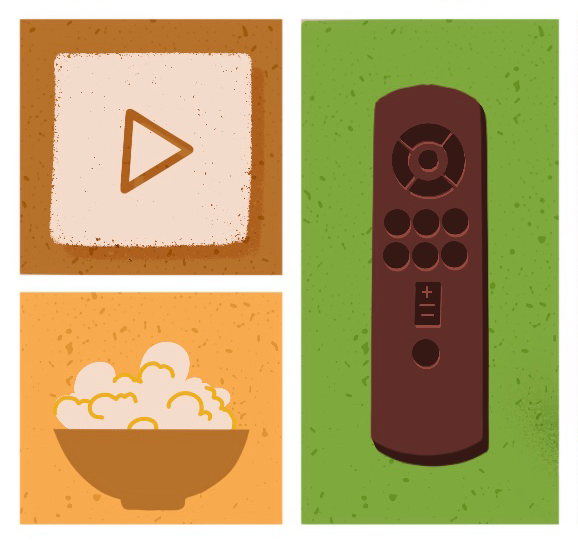 From the time you purchase a ticket to exiting the doors, movie theaters are an immersive experience. I miss it. I miss going out to eat before seeing a movie and laughing when I took the leftovers out of my bag during the previews. I miss seeing children dressing as their favorite superhero and hearing their parents cheer over them once a superhero appeared on the screen. I miss hearing people shout, urging others to stay for a teaser hidden in the credits.

I miss going to the movies on a Tuesday morning and hearing a white-haired woman repeatedly asking a white-haired man wearing a Vietnam hat what’s happening. I miss wearing those black 3D glasses that used to be cool to wear outside of the movies, ages ago. I miss cheering with a room full of strangers when something good happened. I miss movie hopping and losing track of time.

I miss hearing one person yell, “Oh shit,” during a jump scare and everyone laughing because we all jumped. I miss watching the previews and whispering, “I want to see that.” I miss seeing the Noovie Arcade popup on the screen and believe it or not, I even miss seeing the Coke ads.

But most importantly, I miss having something to look forward to during the week if there was nothing else going on, and being able to leave my life and experience someone else’s. It’s been hard for me to do that since my house became my everything.

Although movie theaters have enforced COVID-19 precautions, I’m not sure when I’ll ever go see a movie in the theaters again. There are so many movies I’m waiting to come out, like “Candy Man”, and so many movies I want to see in a theater, like “Nomadland.” But for now, I’ll just watch “Nomadland” on Hulu and hope “Candy Man” drops on a streaming service soon. 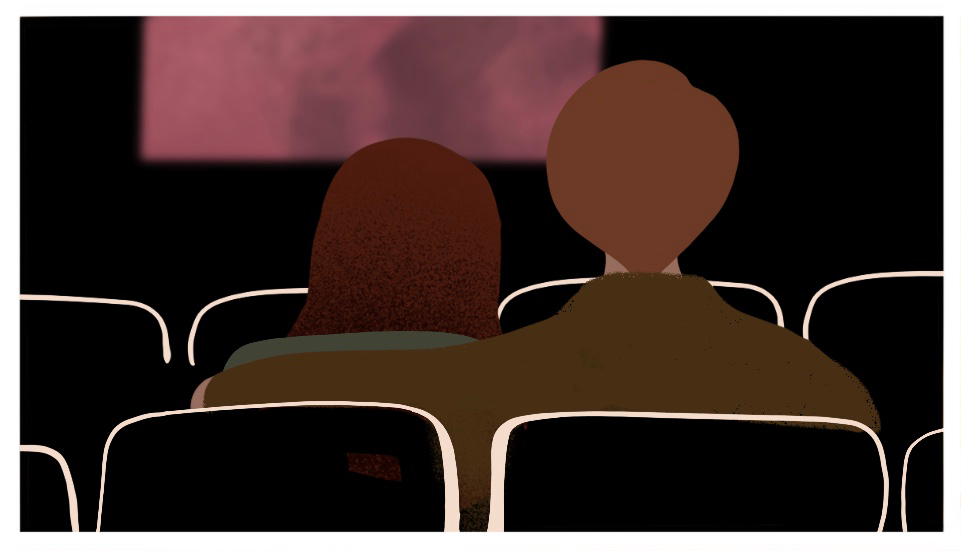