After breaking his years-long comedy hiatus right before the pandemic hit, Bo Burnham returned with a Netflix special offering a gritty, multidimensional perspective on the human condition

Unlike existing comedy specials, Bo Burnham’s "Inside" bucks the traditional stand-up formula of a parasocial look into a singular entity. In many ways, the comedy special functions as a multidimensional mirror reflecting the nature of growing up in a polarized world overstimulated by the internet.

"Inside" is a one-man show directed by, written by and starring Burnham, who contemplates comedy and life itself from his home during the pandemic. Throughout the special, Burnham examines whether it’s worth making people laugh when there seems to be nothing to laugh about anymore. He starts out believing it is possible but then stops to entertain the notion that maybe it isn't.

The second song in the special, "Comedy," is spot-on in its satire. Before the song begins, Burnham is seemingly lost in darkness, unsure of his place in the world as a comedian during a time of crisis. He is then bathed in pious white light as the number begins, turning Burnham into the caricature of a well-intentioned yet self-important white man, trying to change the world while staying firmly planted in the status quo.

The montage perfectly portrays the inherently self-serving nature of a white person, who, believing they have sufficiently educated themselves on social injustice, is now ready to occupy a space and make a change. Amid working on unoriginal jokes, Burnham’s character performs ego-boosting exercises reminding him of his own importance.

Even the lighting staging his internal battle during the chorus reinforces his focus: he isn't centering the world in his comedy, he centers the comedy around himself.

"White Woman’s Instagram" explores our need to control other people's perceptions of us, often in ways that are mutually exclusive. The photos evoke a sense of substance through the composition, colors and Instagram aspect ratio, but they're empty — a pretty, crafted vision representing the world’s most palatable woman.

No matter the mood, no matter the subtext, each photo is catered to a specific audience to make the woman more likable. It's only when the character's mother dies that the aspect ratio widens, pulling the audience away from the picturesque close-ups to see the more faceted, vulnerable picture of the character dealing with her grief. In this way, the audience's perspective of the internet is shown in a more nuanced way, despite the criticisms Burnham levies against it.

The internet is a vastly apathetic, overstimulating place. But throughout the COVID-19 pandemic, it was the only place we could turn to for social interaction. So for people like Burnham, who grew up constantly stimulated by the internet, looking for social interaction and physical connection through it is a fractured experience and not an adequate substitute for real-life contact.

"Sexting" portrays Burnham’s cautious, reluctant enthusiasm in wanting that intimacy and connection. He longs for touch but is inhibited not just by his own reservations and anxiety, but by the limitations of the internet. The harshness of the digital lights, the projection of emojis and text bubbles only amplifies the degree of separation between Burnham and the person he's texting.

Over time, we see Burnham go from tired yet focused to grizzled and hopeless. After a year and a half of being trapped inside, Burnham becomes a prisoner within his own space and mind. His disheveled appearance, his messy studio and abject apathy as a result of his declining mental health force the audience to look inward.

"Welcome to the Internet" articulates the internet's overwhelming influence on people who struggle with anxiety — like Burnham does. The song is preceded by Burnham behind a wide angle, shirtless in a chair, talking about his experience with anxiety.

The moment he begins describing in detail, the camera abruptly cuts to his face, the music jumps in tone and speed and rainbow lights flash over Burnham's wide-eyed face. As a baseline, anxiety forces him into a state of constant overwhelm, and the internet doesn't help.

Once the number begins, however, Burnham abandons himself and plays the internet instead. The continuous, increasing zoom of the camera combined with quick cuts are designed to mirror the disturbing multiplicity of the internet and make the audience anxious, as Burnham is. It's a keen window into the dangers of the vast expanse of the internet, which is a 180-degree turn from his days performing live.

It's hard not to compare "Welcome to the Internet" to one of Burnham's first hits, "Welcome to YouTube." The 2008 hit felt commemorative, including its fair share of irony yet remaining idealistic about the website's potential.

Its 2021 equivalent, however, conceptualizes the reason why "Apathy's a tragedy, and boredom is a crime." The internet is a place that houses an immense amount of unregulated content, so being bored should be virtually impossible. Who else are humans truly honest with, if not the internet? Therein lies the catch.

"Inside" is a look not just into the life of a now-30-year-old man but a kaleidoscopic mirror into the deeper parts of ourselves we don't want to see.

There is more power, more resonance in a satirical work in being honest, in being multidimensional, in stepping outside into the sun after a year of being inside, wanting nothing more than to turn back into the safety and anonymity of darkness, with no eyes watching you. 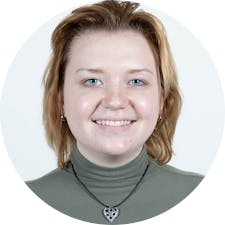 Sonya Sheptunov is a podcast producer at The State Press. They take an interest in data, counterculture, and all things nerdy. In their free time you can find them drinking too much coffee or attempting to crochet.