New composting technologies are making it possible for ASU and the city of Phoenix to expand composting operations.

On Aug. 25, Phoenix City Council retroactively applied for up to $90,000 in grants from the U.S. Department of Agriculture to pilot a food waste collection program; while at ASU, the Zero Waste department is looking to expand its composting efforts across some Tempe residential halls. Together, the new programs will provide Phoenix residents and ASU students the ability to compost their own waste.

Composting at ASU was originally limited as a back-of-house operation at Sun Devil Dining areas, according to the University's compost page. In recent years, students have taken the issue of composting into their own hands.

Students at the Vista del Sol residential community in 2019 started a composting program where students receive gallon buckets to dispose of their food waste. 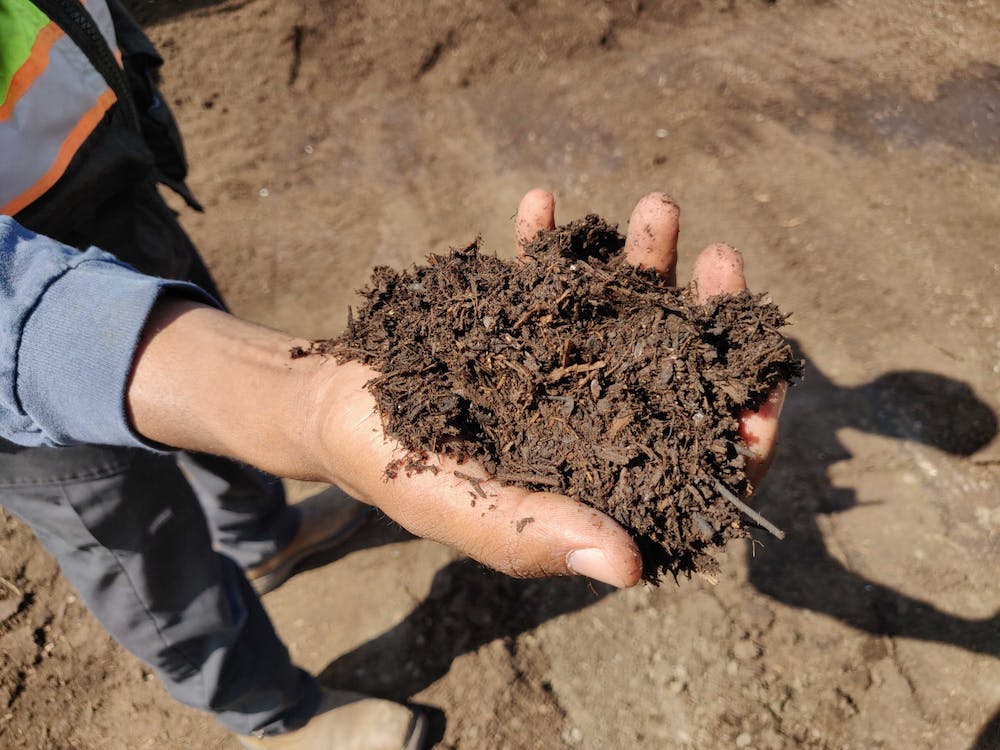 There are plans to expand this program next semester to other parts of the Tempe campus at University Towers, Greek Leadership Village and Barrett, The Honors College Residential Complex, said Kendon Jung, a sustainability scholar and a Chair for the City of Tempe's Sustainability Commission.

“There’s this machine, think of it like a food processor, where you just dump a bunch of stuff in it. It grinds it up, and it separates out plastics and produces a mulch stream of food-grade waste,” Jung said.

The city of Phoenix application was spearheaded by the Public Works Department and the deputy city manager to develop food waste reduction strategies and improve compost programs.

The 27th Avenue Compost Facility in Phoenix opened in 2017, and it can handle up to 55,000 tons of compost per year. The facility quickly produces large amounts of compost using the Turned Aerated Pile (TAP), according to its website.

The TAP system works by placing compostable material on a large, concrete slab where a series of small holes underneath the pile blows and sucks air through it to keep the pile at the optimal composting temperature. The piles are watered and turned every day to keep temperatures under control and ensure that clumps of organic material are broken up.

The TAP allows the facility to produce as much compost in 45 to 60 days as it takes other composters to produce in six to nine months, said Enrique Peralta, operations manager at WeCare Denali.

If the city receives the grant money it requested from the USDA, the money will be used to pilot food waste collection at multi-family housing units, Yaple said.

This year, Peralta expects the facility to process more waste as a result of the destructive force of monsoon rains.

“All the storms that come by knockdown every tree in sight. Monsoon season is really heavy in green waste, especially with all the clean-up the landscapers do. It all comes out here to us,” he said.

The compost produced at the facility is sold by WeCare Denali to locals and other businesses, Peralta said. But sales are only one part of the economic incentive behind composting.

Composting diverts waste that is typically sent to landfills, which cuts down on the cost for transportation and disposal, according to the Conservation Law Foundation, an environmental advocacy organization.

Besides the economic benefits, composting is more environmentally friendly than sending waste to landfills. Organic material produces methane gas because it has no air to break down when sitting in a landfill.

“In a landfill, we’ve seen newspaper that's been buried for 40 years, and it’s in good shape. It doesn’t break down. It basically mummified,” Yaple said.